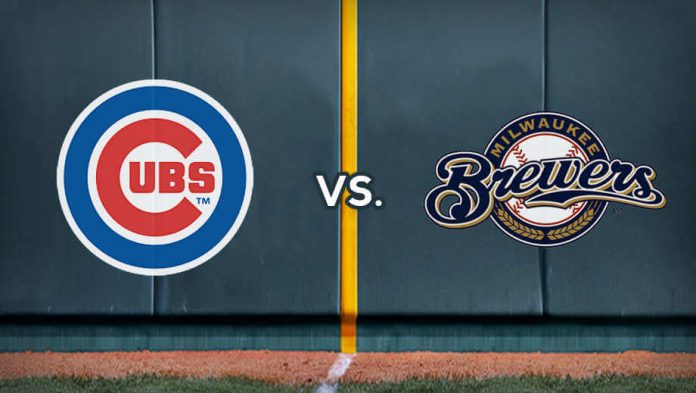 The Chicago Cubs have led the division for months and are widely expected to claim it, but the Milwaukee Brewers are only one game behind. The teams will continue a crucial late-season series when the Cubs host the Brewers on Tuesday.

If Chicago can win this game, it will get a little bit of breathing room but the Brewers are hot and feeling confident. There is no doubt Milwaukee is being taken seriously as it is now just a win away from tying up the Cubs for the division lead. While it’s a great story, Chicago is still the superior team and gets this game at home so it should be the favorite.

The Milwaukee Brewers and Chicago Cubs will play on Tuesday, September 11th, 2018 at 10:05 p.m. ET at Wrigley Field in Chicago, Illinois.

The Brewers enter this matchup with a record of 83-62 overall. Milwaukee has gone 38-35 on the road this season, and while its run-differential is not close to the Cubs’, the Brewers are picking up close wins on the strength of a strong bullpen. They would be happy if this one was close heading into the late innings.

The Cubs are 83-60 on the year but have lost three in a row to allow the Brewers back in the N.L. Central race. Chicago has gone 44-25 at home this season and badly needs to keep that up in this one or be in danger of falling out of the top spot in the division.

The Brewers are expected to send Jhoulys Chacin to the mound. He is 14-6 on the year with a 3.59 ERA. Chacin is holding batters to only a .231 average but his strikeout-to-walk ratio isn’t very good, so the ERA may be a little misleading. Chacin faced off against these Cubs in his last start and didn’t have much success. He allowed seven hits and five runs — three earned — in 4.2 innings of work and took the loss.

The Cubs are expected to send Jose Quintana to the mound in a rematch of that game five days ago. Quintana is 12-9 with a 4.14 ERA and a 1.34 WHIP. He has not been the star pitcher expected since Chicago traded for him but Quintana has been much better lately, giving up two earned runs or fewer in four consecutive starts. He flummoxed Milwaukee in that 6-4 win, allowing only two runs on five hits in 6.2 innings. Quintana will aim to keep it rolling in this one.

Brewers on a Streak

The Brewers have won 10 of their past 12 games to pull close to the Cubs. They played better than expected in the first half of the season and then made some trades to really fortify the team. Milwaukee is in great shape to make the playoffs, either as the division winner of as a wild card team.

It’s much more advantageous to head in to the postseason as the N.L. Central winner and both sides will be pushing hard for it. Milwaukee will still be the underdog down the stretch but has certainly made things interesting.

The Brewers are hot, but the Cubs are the better team with the more talented hurler on the mound. Quintana isn’t going to be perfect, but he should keep the Cubs in the game. Look for Chicago to come up with some key hits late in this one to win the game and keep ahead of the Brewers in the National League Central.