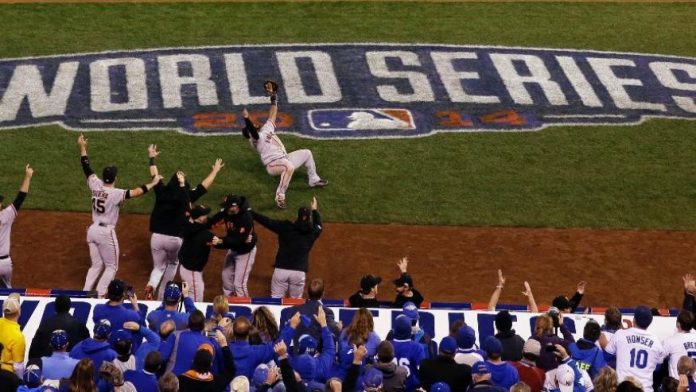 A month and a half of the marathon known as the 2016 MLB season is in the books, and already, one team has cemented itself as the overwhelming World Series favorite. Too bad it’s been 108 years since that team actually won a championship.

It’s Tough Not to Like the Chicago Cubs Right Now

They’re 27-8 and on pace to win 125 games this season. Of course, they aren’t going to actually win 125, but it seems like a given that they’ll win 100 and walk away atop the NL Central. The big question we have with the Cubs is can they really win a seven-game series, something they haven’t done since 1945.

They were nowhere near beating the Mets last season in the NLCS, and their pitching is really going to have to hold up if they’re going to win games when they really count in November.

Having the best regular season record only guarantees you so much. That’s why we just can’t back the North Siders right now at +260. As a preseason article published by the Chicago Sun-Times pointed out, the Cubbies have been letting down their backers and making money for bookies for ages.

But aside from the Chicago Cubs’ odds, there are great odds all over the rest of the league, as there isn’t another team with less than 10 to 1 odds to win the World Series in MLB futures betting right now.

Let’s Take a Look at the Mets

The New York Mets at 10 to 1 feel like a great bet to us. They’re our preferred NL East team against the Washington Nationals (+1200) because of their pitching staff. Even if they’re forced into a one-game playoff, they’ll have Jacob deGrom, Noah Syndergaard or Matt Harvey ready to go for that game.

Steven Matz has been superb as a fourth starter, and we don’t even know if Zack Wheeler will become a big contributor this year coming off Tommy John surgery.

New York won’t have Daniel Murphy to kick around this year, but there are bats here that could really catch some fire at the right time. The Mets proved they could win the NL last year, and doing so this season could give them the leg up to win the World Series.

Sure, they’re just 20-17 and are 13-16 in games which Clayton Kershaw hasn’t pitched, but if there’s a team that can change its fate at the deadline, this is it. The Dodgers will add another starter to this rotation if no one else is getting the job done, and we do think that Kenta Maeda is going to end up being a great second fiddle to Kershaw.

Again, winning in October is different than winning in May, but with no one stepping up to challenge the Dodgers now, when they aren’t playing their best baseball, tells us they’re probably winning the NL West. If they do that, this price of 16 to 1 on them will feel excellent in the playoffs.

The American League is significantly tougher to handicap. Even though they’re playing just .500 ball at the moment, the Toronto Blue Jays still strike us as contenders to win the pennant. Pitching has always been a problem for this team, but Marcus Stroman is 4-0, Aaron Sanchez has come on strong, and J.A. Happ has been hurling out of his mind early in the season.

Josh Donaldson isn’t only going to hit .265, Edwin Encarnacion won’t only bat .235 and Jose Bautista surely won’t hit .215. Things will get better in Toronto for sure, and taking it at 20 to 1 to win it all seems like a steal right now.

The Best MLB Betting Value in the AL: Cleveland Indians

The Tribe are lined at 30 to 1 to win the World Series this year. Carlos Carrasco seems to have avoided serious injury after what looked like a big problem in April, and he should be back sooner rather than later.

Corey Kluber will win games eventually (then again, we said that last year, too), and if Josh Tomlin and Danny Salazar keep pitching like they have, this might be the most complete staff in baseball. Pitching wins pennants, and the Indians might have the best of the bunch in the AL.

That’s why they’re worth betting on right now for World Series futures, even though they’re a distant second to Chicago in the AL Central in the middle of May.

How can the Cubs break the Curse of the Billy Goat at the 2016 World Series? Check out Chicago Cubs World Series favorites for first time since 1908