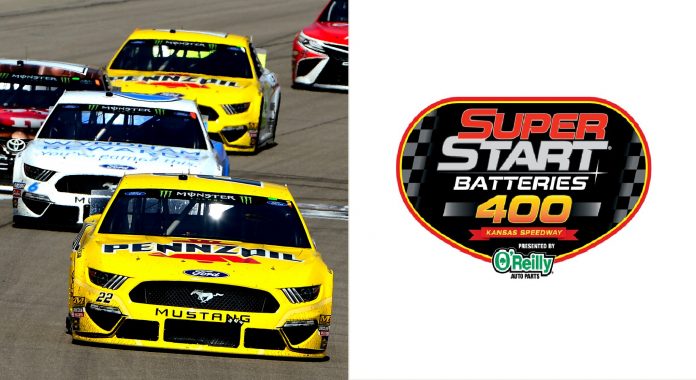 The revamped NASCAR Cup Series schedule has drivers back competing mid-week with Thursday’s Super Start Batteries 400 on the 1.5-mile asphalt oval of the Kansas Speedway in Kansas City. Stop me if you’ve heard this before: Kevin Harvick opened as the betting favorite with the usual cast of characters populating the top of the odds board at online sportsbooks.

Harvick is the hottest driver in the Cup Series right now with six straight top five finishes, including a pair of victories, increasing his lead over Ryan Blaney in the points standings. Harvick is also tied with Denny Hamlin for the most Cup Series wins this season with four. Harvick has had success at Kansas with three wins and 15 top-10s in 28 lifetime starts, but he hasn’t finished better than ninth in his last three visits. Buying Harvick is tempting, but I feel there are better value picks on the board.

While we see the usual suspects at the top of the odds board every week, the drivers visiting the winner’s circle has diversified. Cole Custer surprised everyone winning his first Cup Series race a few weeks ago and Austin Dillon did the same last week. Of course Austin had to win in Texas, though, right? Those startling victories didn’t sway oddsmakers with Dillon opening at +8800 and Custer at +11000.

The 2020 Super Start Batteries 400 takes place on Thursday, July 23, from Kansas Speedway in Kansas City, KS. The race will be televised on NBCSN with the green flag dropping at 7:30 p.m. ET. Visit BookMaker.eu for a complete list of updated betting odds and wagering opportunities.

The last two races have everyone thinking they have a chance to win on the circuit. Dillon was a huge longshot last week and Custer the same the week before. Their wins also made a mess of the playoff standings while putting immense pressure on drivers currently situated outside the top-16. Dillon became the 10th driver to clinch a spot in the playoffs with a victory leaving six spots open with eight races remaining.

And while we’re on the subject of first-time winners this season, can Kyle Busch finally rid himself of that donut next to his name? He hasn’t forgotten how to win in fact he did it twice last weekend in the Xfinity Series and truck series. Only the Xfinity win didn’t count since it was stripped after a post race inspection found irregularities with his vessel. I’ve been saying this for weeks that KyBusch is bound to visit the winner’s circle at some point. He has the second-most Cup Series wins among active drivers and over 200 combined victories across all series.

Busch is one of 10 drivers in the field with a win at Kansas, that coming in 2016 during a current stretch where he’s accumulated nine top-10s in his last 10 starts. With three wins each, Harvick and Jimmie Johnson have the most successes among the up to date crop of drivers. Brad Keselowski defends his title and is the only driver with multiple wins in this particular race. Kansas also hosts a playoff in October.

We talked about Harvick and why he’s once again the favorite. Being consistently good is hard yet he’s proven all season that he’s the best. But being the best doesn’t always mean winning a race. There are after all 39 other drivers trying to finish ahead of you. Harvick is certainly on a heater building a 91 point bulge in the Cup Series standings. That might be enough to allow complacency to set in.

For a third consecutive week drivers will face a similar 1.5-mile intermediate track. Kansas Speedway more resembles the configuration at Kentucky in terms of banking and that could offer us a glimpse of what to expect. That race a few weeks ago was won by Custer, who pulled off a daring wide pass on the last lap to secure victory by less than three seconds over Martin Truex Jr. Aric Almirola led for 128 of the 267 laps but finished eighth.

Keselowski and Joey Logano have gone silent the last few weeks. They both have two wins this season and two checkered flags at Kansas while opening with the same odds. I like both drivers to finish strong this week with one of them leading the pack.