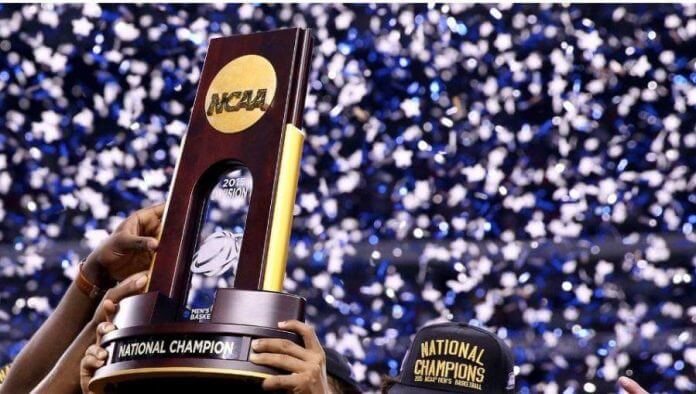 Sometimes it’s not necessarily how good you are in the NCAA Tournament, but rather how lucky you are with your draw.

That’s part of the reason why the Kansas Jayhawks (+400) are the new favorites to beat the March Madness odds. Technically speaking, this makes a lot of sense. KU was the second overall No. 1 seed in the tourney at the outset according to the Selection Committee, and the top seed, Villanova is now gone.

Is Kansas really going to be favored in either of its games if it plays in Glendale at the Final Four? The North Carolina Tar Heels (+450) feel like they’re the only team left that we can unequivocally say will be favored against anyone they face.

The problem with the Heels though, is that there was really no chaos in the South Region in the first week of the dance. Both the Kentucky Wildcats (+1200) and UCLA Bruins (+700) are still left in the bracket, and when they’re done slugging it out with one another in a rematch of a great game from back in December in Lexington, they’ll likely be waiting for UNC.

The Midwest is in shambles after Louisville was dismissed by the Michigan Wolverines (+1800). Is Big Blue really relevant? Perhaps. How can we really trust a team that has been outdone by a whopping 28 rebounds in two games in the NCAAs thus far?

It’s a tough sell for sure in spite of this magical six-game run which has seen the team capture the Big Ten title and move into the last 16 of the Big Dance, especially with a really good Oregon Ducks (+1500) team waiting in the Sweet 16.

The Other Side of the Bracket Is Most Intriguing

The window of opportunity really has opened up for the Arizona Wildcats (+550) and the Gonzaga Bulldogs (+500). These two teams haven’t gotten out of the way of each other and remain the biggest threat to the other when it comes to winning a championship.

With both Villanova and Duke gone in the East, the winner of the West will be favored over the winner of the East in the Final Four, unless we see a real shocker and the Xavier Musketeers (+10000) end up winning the region.

Don’t count out the West Virginia Mountaineers (+1800) at a nice price of 18-to-1 to win four straight games, but let’s not forget that these match-ups against Gonzaga first (and presumably Arizona second) are poor on paper for a pressing team that loves taking advantage of suspect guard play.

The East Region: Land of Chaos

A few big upsets later, and we’re left with some oddball teams for sure. This Florida Gators (+1200) squad is super talented but incredibly raw at this level, and that’s why the Wisconsin Badgers (+1500) have gone from 66-to-1 longshots to win it all to 15-to-1 live underdogs.

Never overlook a team that’s been to four straight Sweet 16s and has two Final Four runs in that stretch already.