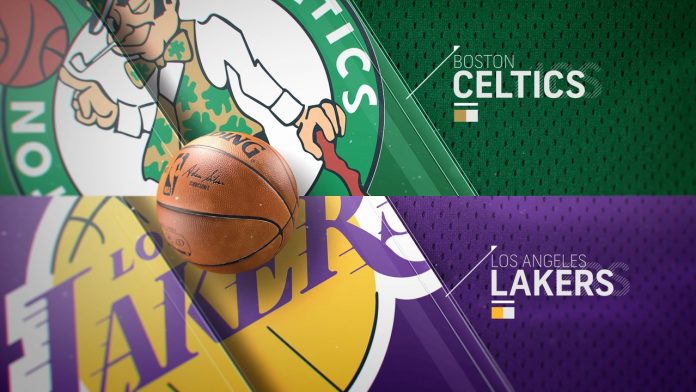 The Los Angeles Lakers are the current favorites to win the NBA title per the basketball futures odds. The Lakers would be the No. 1 seed in the Western Conference if the season were to end today with a record of 41-12, and they have a four-game lead on Denver and a five-game lead on the Clippers for the top spot in the West. This franchise has 16 NBA championships to its credit already, and that’s the second-most titles in the league.

The only team in the NBA with more championships is the Boston Celtics, who have 17 titles, and the Lakers will face their long-time rival on Sunday afternoon in the Staples Center. This game is slated to tip-off at 3:30 p.m. ET, and it will be broadcast nationally on ABC.

We won’t see a betting line for this game until Saturday night, but the Los Angeles Lakers will certainly be favored barring injury to either LeBron James or Anthony Davis against Memphis on Friday night.

However, the Celtics obliterated the Lakers when these teams met in Boston back on Martin Luther King, Jr. Day. Boston shot 55.9 percent from the floor and 47.1 percent from downtown, and the Celtics also collected 12 more boards than the Lakers to win 139-107. James and Davis combined for just 24 points in the loss, but it’s highly unlikely two of the best players in the league post another performance like that on Sunday afternoon. 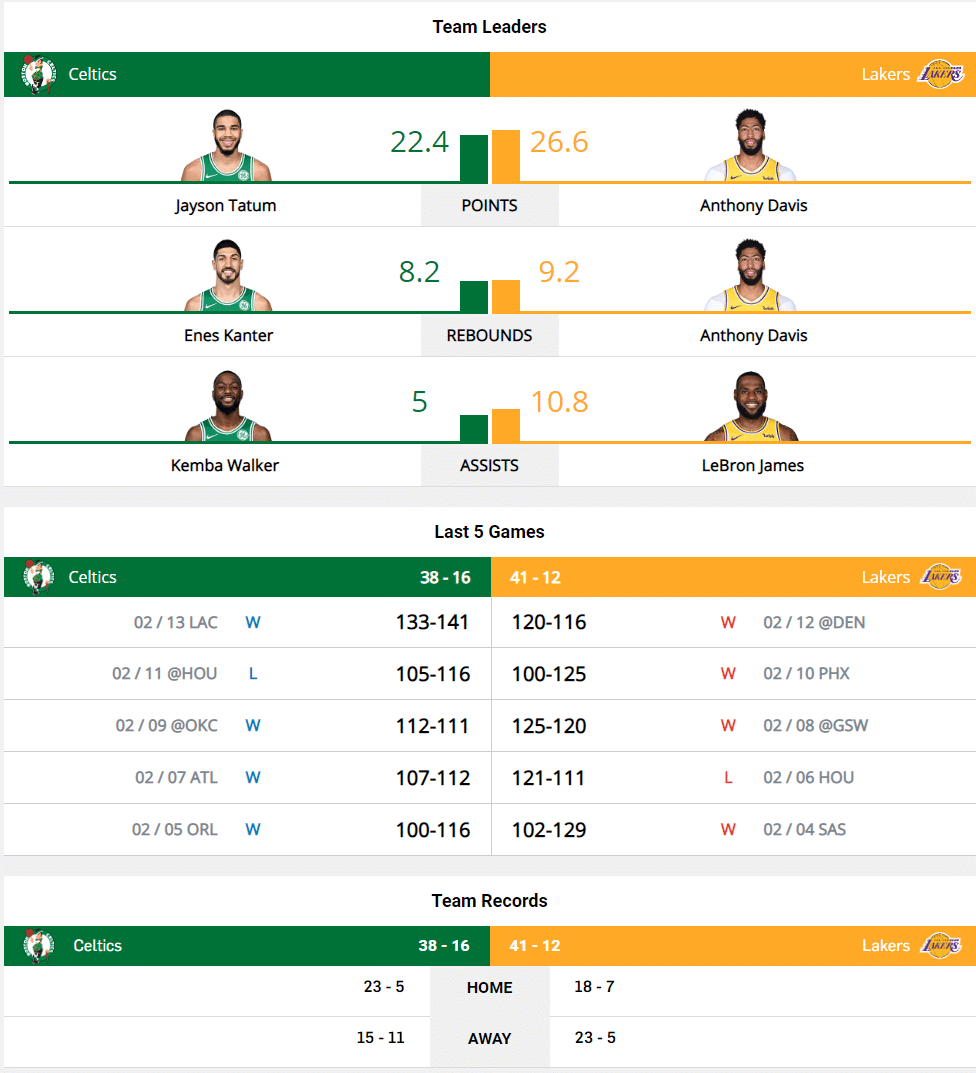 The biggest thing for the Celtics ahead of this match is the health of Kemba Walker. Walker played in the All-Star Game on Sunday, but he has already been ruled out of Friday’s game against Minnesota. He has been dealing with soreness in his left knee, and he is considered day-to-day. Walker is the second leading scorer on Boston with 21.8 PPG, so Brad Stevens is hoping that his best backcourt player is healthy.

Brad Stevens says the Celtics had to drain some swelling in Kemba Walker’s sore knee. He says Kemba wouldn’t have played in the All-Star game if they knew this was possible. He’s out tonight, not sure going forward.

Jayson Tatum is putting it all together in his third season in the NBA. He is starting to take over in the low post, and his inside-outside game is fantastic for a power forward. Tatum is a career 39.3 percent three-point shooter, and he has emerged as the top option for Boston this year. He is the Celtics’ leading scorer, averaging 22.4 PPG, and he is the only good low post player on the team after Al Horford’s departure in the offseason.

Ever since Brad Stevens came to Boston, the Celtics have been one of the best defensive teams in the NBA. They are once again one of the best in this regard, and Boston has been even better without the ball away from home. The Celtics are allowing just 105.5 PPG on the road this season.

The Lakers’ big men make this offense run. Anthony Davis and LeBron James have both been fantastic this season, and both future Hall of Famers are averaging more than 25.0 PPG. Additionally, Kyle Kuzma and Dwight Howard have been very strong as the next best players on the team, and their play makes this frontcourt intimidating.

However, the backcourt hasn’t been too great. James is so talented that he has been the team’s primary distributor, and that’s been needed as Rajon Rondo and Avery Bradley have both struggled to make an impact. Rondo has not played well on defense either, leaving the Lakers without his biggest strength.

This team has a better bench than you’d expect given they have two max contract players though. Howard has been a revelation this season, playing much better than he has since he was with the Magic, and Kuzma is one of the best sixth men in the league. Kentavious Caldwell-Pope has been solid too, giving the Lakers options.

Boston will be a moderate underdog since it’s making a cross-country trip, but the Celtics have a great chance to get the cover and the win. They have fared well against Western Conference foes, and the Lakers have a worse record at home than they do on the road.