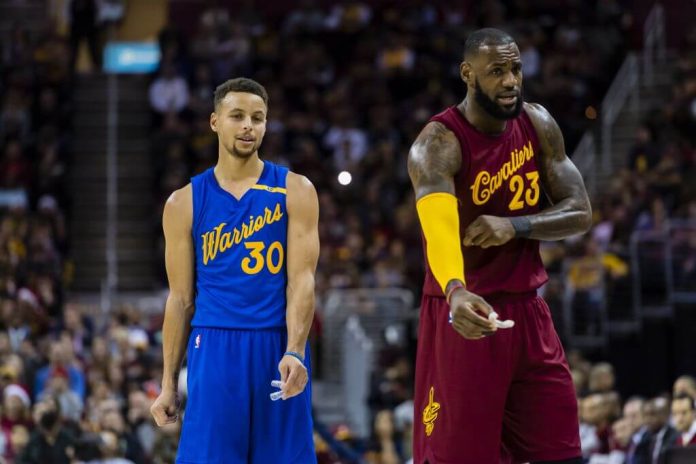 The teams meeting in the NBA Finals for a fourth straight season have dominated their respective conferences like no other. And both clubs showed their championship mettle by overcoming a deficit, winning the final two games and taking a decisive Game 7 on the road in their conference final series to set up the fourth installment of this matchup. The Cleveland Cavaliers upset the Celtics on the parquet floor, handing Boston its first home playoff loss to advance. LeBron James played all 48 minutes in the decisive game and will get some much-needed rest before Game 1 of the Finals.

The Golden State Warriors looked a lot like the club that cruised through the 2017 playoffs, handling the Rockets with a pair of explosive second half runs to secure victories in Game 6 and 7. The Dubs caught a break when Chris Paul went down and they took advantage by outscoring Houston 122-63 in the second half of the final two games. No Finals matchup in NBA history featured the same teams in three straight years until the Dubs and Cavs hooked up last season. They’ll do it again starting Thursday in Oakland.

The Cavs have the best player in the world in LeBron on their side, but will he be enough to overcome the star-studded Warriors lineup? James is playing the best basketball of his 15-year career and he’s almost singlehandedly led the Cavs to another Finals appearance. James scored 35 points in the Game 7 win over Boston playing the entire contest. He also leads the NBA in postseason scoring with 34 points per game and has seven 40-point games. The odds of winning Game 1 improve if Kevin Love is available to play. He’s averaging nearly 14 points during the postseason and is the only double-figure scorer besides James. But the Cavs got a strong game from Jeff Green and he gives Tyronn Lue another body to run at the Warriors shooters.

Mix a potent offense with a stellar defense and the Warriors are tough to beat. They showed they are never out of a game by putting together explosive second half runs to eliminate the top-seeded Rockets. Down by double-digits in each of the last two games of the West final, the Warriors put together some of the best basketball ever seen, shooting over 55 percent from the field and nearly 58 percent from behind the arc while outscoring the Rockets by 59 points. If they can play like that for a full 48 minutes, this game will be over quickly. The Dubs have had spurts of bad basketball, however, and should they falter James and the Cavs are experienced enough to pick up on that.

7 – Much like the Rockets, the three-point shot is a huge part of the Cavs offense. And the Warriors were able to beat Houston in Game 7 by defending the arc like no one has against them. The Rockets had a number of open looks and simply missed shots, but the Warriors also closed out quickly, holding the Rockets to just seven made threes in 44 attempts. Over the final two games of the series, the Rockets managed to make just 22 of 83 triples for a pathetic 26.5 percent.

With all their firepower the Warriors have this obscene ability to go on runs and put teams away. They did it against the Rockets and we saw them execute that way in last year’s Finals. The Cavs have to be more concerned with stopping those massive outbursts rather than running their offense. And they haven’t been all that good defensively this season. Facing the Warriors will be the opposite of what the Cavs experienced against the Celtics. Going from a methodical half court game to an open track meet will take some getting used to. I don’t think the Cavs have the chops to stop the Warriors from scoring and LeBron can’t do it all by himself, though he may have to try.