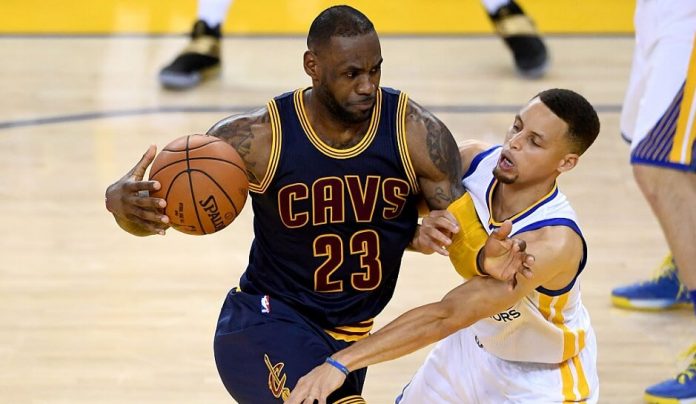 The Golden State Warriors played with fire in Game 1 and were lucky not to get burned. The Cleveland Cavaliers had two chances to win the game at the end of regulation but couldn’t get it done and Golden State dominated in overtime to claim the victory. The Warriors can take a strong lead in this series by taking care of business once again in Game 2.

Golden State is at home again and will be the favorites to win the back-to-back contests. LeBron James had another dominant performance and will need to keep it up in order to give his team a chance to pull the upset. Cleveland may have missed its chance to steal a game in Oakland. The Warriors hope to control Game 2 better.

The Warriors were big favorites in Game 1, as the spread moved up to 13 points before the tip. The Cavaliers actually barely covered despite the game going to overtime, but they were close throughout. In Game 2 the oddsmakers are thinking similarly as the Warriors have opened up as 12-point favorites. About 73 percent of the early action is on Cleveland to cover again.

The scoring total is listed at 216 points with the “under” the more popular pick.

James had 51 points, eight rebounds and eight assists, and the Cavs needed just one more point late in regulation to pull out the win. But George Hill missed the game-tying free throw and then J.R. Smith inexplicably brought the offensive rebound out as time expired instead of laying it back up.

The Cavaliers got a boost from the return of Kevin Love, who missed Game 7 of the Eastern Conference Finals with a concussion. He had 21 points and 13 rebounds in the contest.

Warriors shooting guard Klay Thompson left the game momentarily in the first half due to a leg injury but returned and played the rest of the way. He was solid, finishing with 24 points on 8-of-16 shooting.

James got hit in the eye by Green in Game 1 and it was red in the second half. James fought through it and it does not figure to be an issue moving forward.

Golden State was without small forward Andre Iguodala, who missed a fifth consecutive game with a knee injury. He wants to get back badly but it’s unknown when he will be available. The Warriors have been cycling through different players as the fifth man in crunch time alongside the stars Curry, Durant, Thompson and Green.

Why You Should Bet on Golden State Warriors

The spread was much too high in Game 1, and the Cavaliers proved that by exchanging blow for blow with the Warriors from start to finish. It remains to be seen, though, if Cleveland expended too much energy in that one and can bounce back both physically and mentally.

James may be due for a let down as he has been playing at an unbelievably high level and even the best players have mediocre performances. Take the Warriors to jump out to an early lead and cruise to the victory, covering the spread along the way.