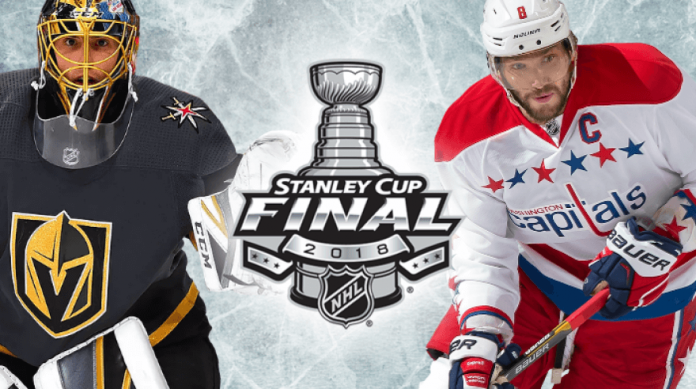 The best road team in the playoffs was able to even things up in the Stanley Cup Final and steal home ice advantage. Handing the Vegas Golden Knights their first regulation home loss in the postseason, the Washington Capitals got the save of the year from Braden Holtby to preserve a 3-2 win on Wednesday and improve to 9-3 away from home in the postseason. The Caps are hopeful the momentum of that dramatic victory carries over when they host their first Stanley Cup Final game in 20 years on Saturday night.

The Caps and Golden Knights now have one Stanley Cup Final victory each in their history and the series is tied heading back to our nation’s capital for Game 3. Home ice hasn’t been much of an advantage for the Caps, who are just 4-5 on the Capital One Arena ice in the playoffs. And Washington could be without playoff scoring leader Evgeny Kuznetsov, who left Wednesday’s game with an apparent injury and didn’t return.

The magic that has followed the Vegas team all season disappeared in Game 2 and the bounces went Washington’s way to even the series. This hasn’t been the goalie fight we expected with Marc-Andre Fleury showing signs of inconsistency after his stellar performance through the first three rounds. The Golden Knights have lost just four playoff games and the only time they faced any adversity was after dropping Game 1 of the West Final. They responded by winning the next four and they haven’t lost two games in a row in the playoffs while going 6-2 on the road. The Golden Knights had chances on Wednesday, failing to convert on an extended two-man advantage and watching Alex Tuch shoot the puck into Holtby’s stick with a wide-open cage in front of him.

It’s not often you see a team reach the championship round by having a losing home record. But it’s not like the Caps have been blownout in those games. They are 4-5 on home ice with all the losses by either one or two goals with two coming in overtime. And the Caps have outscored opponents 30-27 at home. A bounce here and a break there and the Caps aren’t having to come back from series deficits. And their play on home ice isn’t as bad as it appears. The bottom line is winning and the Caps have a chance to improve on their record in Game 3. Playing in his first Stanley Cup Final, Alex Ovechkin netted a PPG in Game 2 and the Caps got a rare goal from Brooks Orpik, They also got the save of the year from Holtby to preserve the victory.

The Caps may have lost a huge piece of their hockey club when Kuznetsov went to the locker room following a hit from Brayden McNabb in the first period of Wednesday’s contest. Kuz grabbed his arm and headed straight for the trainer’s room and didn’t return. The Caps list him as day-to-day, but it looked bad at the time. Kuznetsov entered the game with 11 goals and 14 assists for a playoff-high 25 points and was on an 11-game point streak. He centers the Caps’ top line playing with Ovechkin and mainly Tom Wilson. Niklas Backstrom took over as the No. 1 center and played a forward-high 19:46 with an assist on Ovie’s second-period power play tally.

Don’t overlook the Caps, who have overcome series deficits in all three rounds to reach the Cup Final. All the chatter is about Vegas and their miraculous run in the franchise’s first season, and it is a story. But the Caps have proven to be a resilient group and they’ll likely have to overcome the loss of Kuznetsov for at least one game and maybe more. They did it in Game 2 in hostile territory and their fortunes on home ice are about to change.