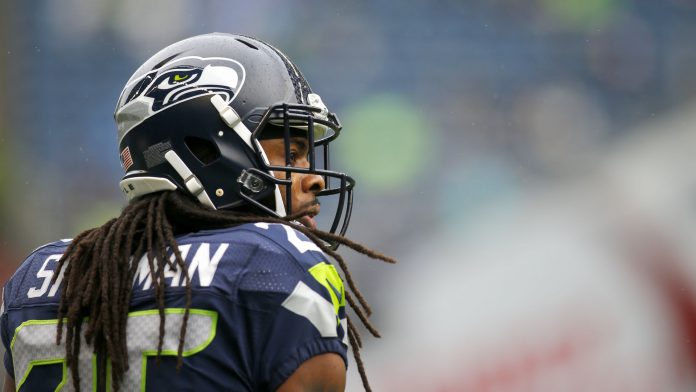 With the upcoming NFL Draft in the next few weeks, the Richard Sherman drama is starting to get intense. Sherman has been a stalwart on the Seattle Seahawks’ defense for years, and up until a few weeks ago, it seemed unfathomable to see the 29-year-old cornerback traded with a couple years left on his contract.

Both Pete Carroll and John Schneider have recently been very open in their desire to shop arguably the most important cog on their defense, though the asking price is clearly going to be very high, and could be impossible for anyone to make that deal. The Seahawks are the favorite to keep Sherman at +180.

New Orleans Looking to Pay Up

That price on the Seahawks though, is starting to creep up just a bit, as the New Orleans Saints seem to be barking up the tree.

In a vacuum, it makes a lot of sense: the boys from the bayou have made it known they want to pick up a big player for one of the most porous defenses in the league.

The Saints had very public overtures with the New England Patriots regarding Malcolm Butler. Perhaps that bridge will still be crossed at some point, but the Saints dealt away one of their top offensive weapons, Brandin Cooks, to New England and only got a draft pick in return.

The Saints Have the Draft Capital

If Sean Payton really wants to make this move, he has the draft capital to do it. The Saints own the 11th pick in the NFL Draft (though their history has been shaky) and three picks between No. 42 and No. 76. The common thought is that it would take a first round pick and perhaps a third or a fourth to get the job done to land Sherman, though it’s going to be tough to deal a pick just outside of the Top 10.

The Oakland Raiders and Atlanta Falcons picking Sherman makes a lot of sense as well. The Raiders have poured a lot of money into their dismal defense over the last couple years, and Sherman would be a nice addition to a secondary that ranked No. 23 against the pass in 2016. Just go back and rewatch the fourth quarter of the Super Bowl to see why. At the moment of publishing, Oakland was at +500.

The Pats Have a Keen Interest

Maybe the most interesting name on this list is New England. Should the Patriots really have a desire to move on from Butler, they could use Sherman.

Coach Bill Belichick has a history of successfully dealing with big egos, and Sherman would basically be forced to fit right in with the rest of the culture. From Sherman’s standpoint, he’s had an outspoken desire to win and has been unbelievably critical and outlandish when the Seahawks have lost (most notably in the Super Bowl to the Pats).

It’s a longshot for sure at 36-to-1 for Sherman to head to Beantown, but it’s not impossible, for sure.

For all your NFL Draft news and updates, check out BigOnSports.com!