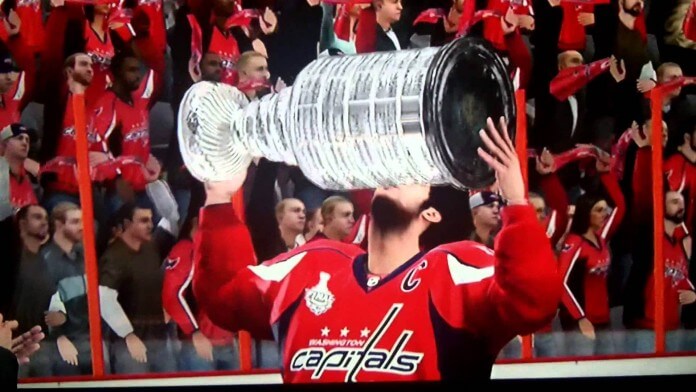 The one thing you can always count on in the Stanley Cup playoffs is the games being awesome. So many of them will come down to one moment of brilliance, and series turn on a single moment all the time. Big favorites get overwhelmed every season, and you can bet that, just because the Capitals and Blackhawks are favored to win the Cup, there are 14 other teams who all absolutely still have a fighting chance.

Washington Capitals (+300) – If not now, when for Washington? The Caps are running out of good years for Alexander Ovechkin, and this team seems to be the most complete they’ve ever had.

Chicago Blackhawks (+400) – Strike up the band one more time. The Blackhawks have three Cups on this run, and Patrick Toews and the gang are really just in their prime at this point.

Pittsburgh Penguins (+675) – Last year’s Cup winners could be poised for another really good run, but the Metro is going to be a nightmare to get through. A banged up defense could end up being the demise of this club.

Minnesota Wild (+800) – The Wild feel like they’ve transformed in recent years from the ragtag group of kids who were overachieved to a team full of wily vets who might just be able to dethrone Chicago as the best team in the Central.

Columbus Blue Jackets (+1050) – John Tortorella knows what it takes to win this time of year, and this club might be too young and stupid to know that it shouldn’t be this good at this point. Or it might be five games and out thanks to Pittsburgh.

Montreal Canadiens (+1200) – The Habs didn’t make the playoffs last year, but they’re back in the postseason with vengeance. They’ve got a great shot of making the East Finals with a relatively easy jaunt against the Rangers then the Sens or Bruins.

Anaheim Ducks (+1400) – It took until Game 82 for the Ducks to win the Pacific Division. They were one and done last year in the postseason after three home losses to Nashville, and that cost Bruce Boudreau his job. Talk about pressure.

Edmonton Oilers (+1600) – The longest active streak in the NHL without a playoff appearance is over, and the world is going to get a shot at seeing Connor McDavid up close and personal for the first time on the big stage after his whopping 100-point campaign.

New York Rangers (+1800) – Remember that it was only a couple years ago the Rangers were in the Stanley Cup Finals. This team is gritty, and finishing fourth in the Metro earned it the right to “crossover” to play in the Atlantic Division portion of the bracket. A sneaky club for sure.

San Jose Sharks (+1800) – San Jose figured it out last year and reached the Stanley Cup Finals, finally at least recognizing some of the potential it had in the past. But goalkeeping could reasonably end up being the demise of this roster this year.

Boston Bruins (+2350) – The B’s could be poised for a decent run this year if they can sneak past Ottawa as expected. Claude Julien was fired in February, and since that point, the club has rallied a bit to at least sneak into the second season.

Nashville Predators (+2500) – It feels like the Preds are in this same spot every year in the playoffs, playing against a team that should overwhelm them in Round 1. Maybe they’ll get past Chicago like they did with Anaheim last year, but this isn’t a Cup contender.

St. Louis Blues (+2600) – Here’s a team that could make a decent run. The Blues are playing scorching hockey in their last 20 games, and they’ve been really rejuvenated since canning Ken Hitchcock. Vladimir Tarasenko single handedly brought this team to the West Finals last year.

Calgary Flames (+2800) – The Flames have been a joke for the last decade and change, but this is going to be a nice look at Johnny Gaudreau, one of the most talented young players in the league. Just don’t expect him to be around long into May.

Ottawa Senators (+3500) – The Sens were truly too mentally weak two years ago in the playoffs when they ran into Montreal. They’ve got home ice advantage against Boston but are the decided underdogs in Round 1.

Toronto Maple Leafs (+5000) – Who knows how long Frederik Andersen is going to be out for the Leafers? For as much as this team struggled just to get into the postseason, Toronto can’t possibly have that much left in the tank to compete against the best team in hockey over seven games starting in a couple days.