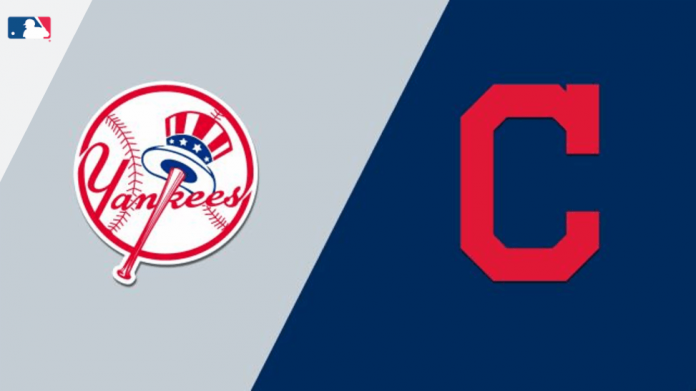 The Cleveland Indians have yet to recover from blowing a 2-0 series to the New York Yankees in last season’s ALDS. The Tribe lost three straight and dropped the first four meetings with the Bombers this season. They look to end the slide on Saturday with Mike Clevinger opposing C.C. Sabathia on the FOX Game of the Week.

The Yanks own the second-best record in the Majors, but unfortunately for them they are in the same division as the team that’s ahead of them. The Bombers are trying to track down the Red Sox and their play against the Indians has helped. The Bombers won the series opener on Thursday, their fourth straight over the Tribe this season.

With their win in the series opener, the Yankees moved a season-high 30 games over .500, putting them at that spot for the first time since 1998 when they won the World Series. That’s the good news. The bad news is that they are in the same division as the best team in baseball and trail the first place Red Sox by 3.5 games in the AL East. The Yanks are coming off a rough series in Baltimore where they split with the last place O’s, using a grand slam from Greg Bird and a strong effort from Sonny Gray to get the split in the finale.

The Yanks are in the market for starting pitching partly because they lack trust in Saturday’s starter C.C. Sabathia, who was rocked his last time out for seven hits and five runs in 5.0 innings against the Orioles. The Yankees are only 9-8 in games started by Sabathia and they are 2-5 in his road starts. But you can’t discount the offensive firepower. The Bombers are living up to the nickname with a MLB best 157 homers with seven different players having at least 12. Brett Gardner connected twice and Didi Gregorious once in Thursday’s opener.

Leading the AL Central by 7.5 games, the Indians haven’t played as well as they did last season, and pitching has been an issue, especially the bullpen. The Tribe has the worst bullpen ERA in baseball and Terry Francona’s reluctance to use his relievers in the series opener proved costly. He sent Corey Kluber to pitch the eighth inning in a tie game and the Yanks got to him for the game-winning runs. Andrew Miller is expected back after the break, but that does nothing for the Tribe now.

The Indians have dropped five of six following the opener of this series and have surrendered at least six runs in every defeat. That’s been a boon for over bettors, and playing at home has helped line their pockets. Cleveland has played over the total in four straight games and the over is 7-2-1 in their last 10 outings. The Tribe has also cashed the over 31 times in 47 home contests.

Returning to a familiar mound, C.C. Sabathia ( 6-4, 3.34 ERA ) looks to bounce back from a loss in Baltimore where he permitted five runs on seven hits, including a pair of homers, in 5.0 innings. Prior to that outing, the burly southpaw hadn’t allowed more than three runs in seven consecutive starts. He handcuffed the Tribe scattering three hits in 6.0 shutout innings in his only start against them this season, but he was denied a victory when the bullpen had a rare meltdown.

Sabathia spent the first eight seasons of his career with the Indians earning 106 victories. He is 51-41 in 123 career starts on the Progressive Field bump.

Mike Clevinger ( 7-4, 3.34 ERA ) posted double-digit strikeouts for the third time in his last five starts fanning 11 Cincinnati Reds in his last outing. However, he allowed five runs on seven hits in 6.0 innings and was tagged with the loss. He induced 20 swings and misses in that game, but when the Reds made contact they were deadly with a .500 average on balls in play.

Two of the top three run producing teams hook up in this one and they’ve played over the total in five of the last seven head-to-head meetings. The Yanks got to Corey Kluber and the Tribe rattled Luis Severino in the opener, and those are two of the best pitchers in the game. So it’s hard to imagine Saturday’s starters will have more success. The total will be high, but these clubs can score and the long-ball has plenty to do with that. They Yanks lead the Majors in homers and Cleveland’s Jose Ramirez is tied for the individual lead. I expect the offense to shine on both sides, but New York’s better bullpen will prove the difference.