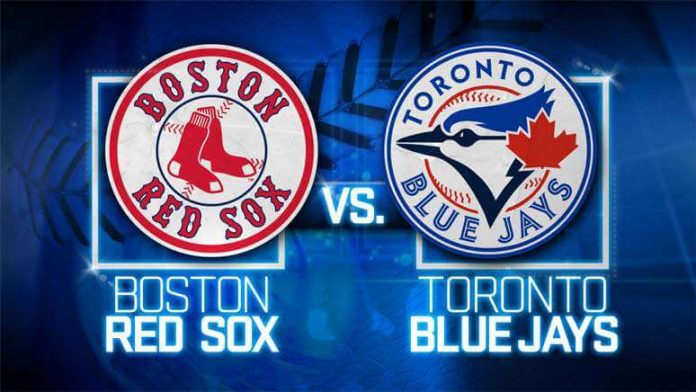 The Boston Red Sox will go for their 11th straight win when they host the Toronto Blue Jays on Friday in the second of a four-game series. The Sox have been the best team in baseball nearly all season and they continue to win at an alarming rate. They’ve already set a MLB record for most wins before the All-Star Break and they are on pace to shatter the franchise record for victories.

The Sox have enjoyed beating up on the Jays this season, taking eight of the 10 meetings, including six in a row. They won the series opener using the same formula that’s led them to 66 wins and face rookie Ryan Borucki, who’s making his fourth career start, on Friday.

The Jays are hoping Friday the 13th actually brings them better luck against the Sox. They lost their sixth straight to Boston on Thursday, and they are just 3-7 in their last 10 outings overall while losing 531 units on the moneyline in that span. Toronto is in a period of transition and they have several players who have been mentioned in possible trades ahead of the non-waiver deadline, a position most teams that are eight games under .500 and 22.5 games out of first are in.

With the opportunity to get a look at some young talent, the Jays will give the ball to rookie Borucki in Friday’s second game of the series. The kid has pitched well in three previous starts, allowing five runs and 19 hits across 20 innings with 16 strikeouts. He hasn’t gotten a lot of support with the Jays scoring a total of five runs in his three starts while losing every game. “The kid has a lot of poise,” manager John Gibbons said of Borucki. “But the main thing he knows he can pitch.”

The best offense in the Bigs will be a test for the rookie lefty. The Sox lead the Majors in runs scored, batting average, and OPS, while hitting the second-most homers. During their 10-game streak the Sox scored 73 runs, upping their runs per game average to 5.4 for the season and cashing the over six times in their last nine games.

Since dropping two of three games in Fenway to the White Sox last month, Boston has been nearly unbeatable at home. The BoSox have won eight straight and nine of their last 10 in their own yard and are 32-12 overall at Fenway. By winning their 66th game of the season on Friday, the Sox set a record for most wins before the break while climbing 37 games over .500 for the first time since 1946.

Rookie lefty Ryan Borucki ( 0-1, 2.25 ERA ) is making a case to stay in the Jays rotation permanently after three strong outings. He made his debut on June 26 limiting the Astros to six hits and two runs over 6.0 innings. Borucki pitched 7.0 innings in each of his past two starts and was phenomenal against the Yankees in his last outing, limiting the Bombers to one run and seven hits with five strikeouts.

Borucki deserved better than a pair of no decisions from his last two starts, but the Jays haven’t given him much support. They scored a total of five runs in Borucki’s three starts and they’ve lost all three games, despite the kid posting a 2.25 ERA.

The Sox are tearing it up offensively and their pitching hasn’t received a lot of recognition because of it. Rick Porcello ( 11-3, 3.58 ERA ) is quietly going about his business and putting together a strong season while getting plenty of help from his mates. The Sox average 6.0 runs per game with the sinkerballer on the hill and as a result Porcello is tied for the team lead in wins.

Porcello isn’t simply banking on a dynamic offense to pad his win total. He’s allowed two earned runs or fewer in five of his last eight starts with a 5-1 record and 3.38 ERA in that time. He is 1-0 with a 3.29 ERA in two starts against the Jays this season.

Blue Jays vs Red Sox – Who To Bet On

The Sox have never faced Borucki so the lefty could give them problems, especially if he pitches as effectively as he did in his three previous starts. On the flip side, Borucki has never faced the Sox or their deadly lineup, and Fenway is an imposing stadium for lefties. It hasn’t mattered who the Sox face lately and they’ve had the Jays’ number all season. It’s hard to envision the rookie slowing Boston down, so take the Sox.