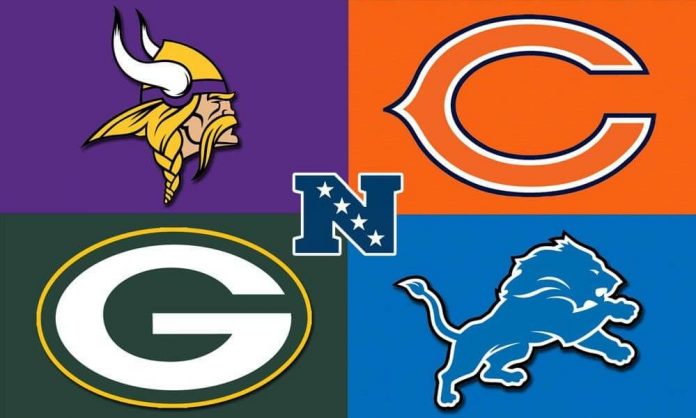 The NFC North is stacking up to be one of the more competitive divisions in the NFL, with a pair of teams that have a legitimate shot at making the Super Bowl. The Minnesota Vikings made it to the NFC Championship game a season ago and added standout quarterback Kirk Cousins in free agency, which has it believing it can make another deep run.

While the Vikings are the favorite to repeat as division winners, they will have a legitimate challenger in the Green Bay Packers. The team dealt with a down season in 2017 but that was because superstar quarterback Aaron Rodgers was lost for a significant chunk of the season due to injury. Rodgers is healthy now and will aim to lead his team to the NFC North crown.

There are a pair of longshots among the quartet. The Detroit Lions have a standout quarterback in Matthew Stafford and some other solid pieces but do not own the high-end talent of the teams they will be chasing.

The Chicago Bears added some intriguing pieces and are hoping for a step forward from second-year quarterback Mitchell Trubisky but even if the team improves it is hard to imagine it is in the same ballpark as the mighty Vikings and Packers.

The Vikings cruised to the NFC North title a year ago but it figures to be much more difficult in 2018. The addition of Cousins makes this a more dangerous team but finishing ahead of Rodgers and the Packers will be no easy task. While there are reasons to be cautious, this is still a decent line for Minnesota. The Vikings lost starting quarterback Sam Bradford to a knee injury a year ago but still were a great team. They have solid options at wide receiver and a ferocious defense, so Cousins doesn’t have to do it all and should excel in these situations.

The Packers should never be counted out but they are not a great wager. Rodgers has to be great week in and week out for this team to win the NFC North. He is going to have a few bumps along the way and Green Bay is not nearly as talented across the board as Minnesota.

The Lions are in a perpetual state of mediocrity and that won’t change in 2018. Stafford should keep the team in games but there aren’t a ton of playmakers on offense and the defense has holes. Detroit needs to find a few more elite players to help lift the team into playoff contention.

The Bears are a more interesting longshot pick. Trubisky has the pure ability to make a big leap forward, and Chicago now has many more options on offense after a noticeable shortage of pass-catchers a season ago. It’s hard to know exactly what the offense will look like but there are plenty of reasons to see an improvement coming. The defense has been up and down in recent years and could have a tough time slowing down the three NFC North opponents consistently.

If Chicago was in an easier division it could be a viable underdog choice, but the presence of the Packers and Vikings makes it too much of a longshot. This seems to be a two-team race in 2018, and the deeper, more well-rounded team should emerge with a second straight NFC North title. Look for Cousins to play well and help the Vikings claim the division in NFL wagering.