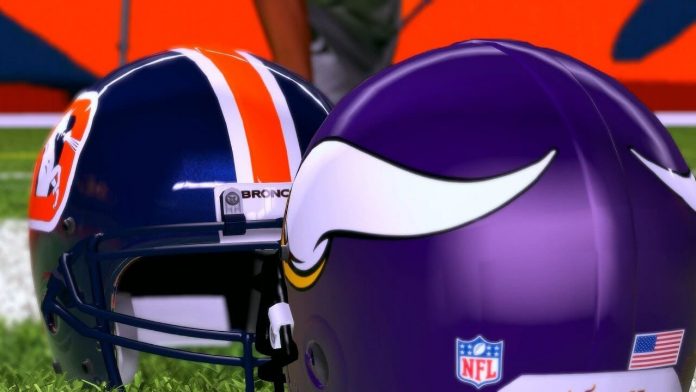 Case Keenum got the Minnesota Vikings within a game of the Super Bowl last season and for his efforts, the team let him walk. In a blatant snub to their former quarterback, the Vikes went after Kirk Cousins and landed him with a big free agent deal, letting Keenum know that he wasn’t the guy to lead them to the Promised Land. To add a little more drama to what otherwise would be another boring preseason opener, the Vikings current backup, Trevor Siemian, was the Denver Broncos starter the last two seasons.

Things worked out pretty well for Keenum, who signed with the quarterback-starved Broncos in the offseason. The former journeyman turned latest NFL millionaire will get a chance for a little payback when his current team hosts his former club in Week 1 of the NFL preseason on Saturday.

After coming so close last season to playing in their first Super Bowl since the 1976 season, the Vikings decided Keenum wasn’t the guy to get them there. Feeling they have a better chance with another QB, the Vikes landed Cousins. There’s no denying Cousins has the flashier numbers, throwing for 4,000 yards in each of the past three seasons. But is he really the answer?

Last season Minnesota put up its best offensive numbers since 2009, finishing 10th in scoring and 11th in yards. The Vikings also had the NFL’s top ranked defense and posted a league-high tying 13 victories. But it took a Minnesota Miracle to get them to the NFC Championship where they were soundly beaten by the Philadelphia Eagles. That may have expedited Keenum’s ouster.

Keenum will play on Saturday as he looks to lead the Broncos back from a 5-11 campaign and save the job of head coach Vance Joseph. It was just three seasons ago that the Broncos were Super Bowl champs and several players remain from that squad. The biggest piece missing is a quarterback and the Broncos failed offensively with Siemian behind center. And that’s why Keenum is now in Denver.

Joseph’s coaching career got off to a good start last season. Denver won all four preseason games while going 3-0-1 against the line, and they won three of their first four regular season matchups until the roof caved in. The Broncos lost eight in a row after that and 10 of their last 12. Joseph is the only coach to have a better winning percentage in the preseason than Mike Zimmer, who has won 14 of 17 exhibition games in his career.

Aren’t quarterbacks always the key players? Well, they certainly are in this one. Cousins and Keenum are both expected to start, but typical of the first preseason game they’ll likely get only a series of action. The Vikings have a brand new crop of QBs with Siemian making his return to Denver as the backup. Kyle Sloter was a Bronco last preseason and put up decent numbers before being released and signed by Minnesota.

While it’s a homecoming for the Vikes reserves, it’s a competition for Denver’s backups. Paxton Lynch and Chad Kelly are competing for the No. 2 job and the race is tight. Neither player has performed well in camp and the hope is that live game action can bring out the best in one or both of them. GM John Elway has hinted that the club might acquire a veteran to fill the spot if no one can gain separation in the battle.

Given the backup quarterback situation on both sides and the fact that the teams excel at playing defense, it’s hard to see enough points being scored to cash the over. The Vikings have better depth, but I have to believe that Keenum and his teammates are going to go after the visitors.

Keenum has been strong in camp and he’s earned the respect of his new teammates, and that goes a long way on the field. In Week 1 of the preseason, any advantage is huge and the Broncos have it. And with the game in their yard, it’s hard to see Denver losing this one.

NFL ATS Pick: Broncos PK and the Under