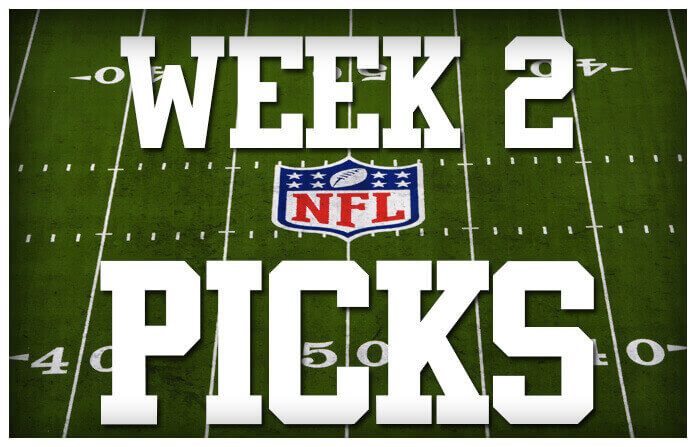 Week 1 of the 2018 NFL season is now in the books. Last week, our picks went a lousy 6-9-1, with one missed two-point conversion and one blown 14-point fourth quarter lead between us and a winning week. But hey, that’s how the football bounces.

Lets hope we have a better week this time. Take a look below at our picks against the spread for Week 2 of the NFL season.

All lines are courtesy of Bookmaker.eu

Why?: We think that the Baltimore Ravens are a little overvalued here after crushing the Buffalo Bills on Sunday, and I’m not giving teams all that much credit for destroying the Bills this year. The Bengals will keep it close and cover.

Why?: The Atlanta Falcons have had an extra three days to get ready for this game, and their offense was a few bad breaks from scoring a lot more than 12 points against the Eagles last week. The Falcons have not lost to the Carolina Panthers at home since 2014 and are due to cover the spread.

Why?: Every football gambling rule in the book is working against the Chargers here. They are a West Coast team coming east and playing a home dog after getting blown out. Josh Allen is the greatest rookie, but we think he will be an improvement over Nathan Peterman.

Why?: There’s not going to be a line on this game until oddsmakers  have a better idea on the status of Aaron Rodgers. Either way, we are betting the Vikings here.

Why?: Once again, there’s no sense in betting this game until we know whether Marcus Mariota will play. As long as the line doesn’t get out of hand, we’ll take the Texans over a Titans to cover the spread.

Why?: The New Orleans Saints and the Cleveland Browns both were losers for us last weekend. But the Saints’ offense still scored 40 points against Tampa Bay and the Browns needed a 14-point fourth-quarter comeback despite winning the turnover battle six to one. Take the Saints to cover.

Why?: It was tough not to fall in love with Sam Darnold in his NFL debut, but I still expect some mistakes for the young rookie at some point. This game should be a pick’em, so we’re betting the Dolphins +3.

Why?: In the fourth quarter of their tie against Cleveland, the Pittsburgh Steelers were down 5-0 in the turnover battle and still held a 21-7 lead. Kansas City looked like the best team in the NFL last week, so it feels as if the public will be all over Kansas City. Look for the Steelers to cut down on the turnovers and bounce back at home. Take the Steelers -4.

Why?: We’re betting that Ryan Fitzpatrick can’t fuck us two weeks in a row, right? Oh god, please be right.

Why?: The Washington Redskins have lost their home opener for three consecutive years, and now after one ok performance, they’re six-point favorites? That feels like a bit of a reach to us. The Colts defense is weak, but Andrew Luck can keep it close and will be eager to get his first win since his return from injury.

Why?: With the Rams looking great against the Raiders and the Cardinals looking terriblel in Week 1, this is the most over priced line of the weekend. It doesn’t look good, but this spread was probably about eight when bookmakers were examining it before the season. Take the free points and hope for the best.

Why?: Week 1 favorites of six or more points that lose straight-up have gone 13-3 straight-up and against the spread in Week 2. We ‘re taking a shot and riding that trend with the Lions and the Saints this week.

Why?: Case Keenum fit into the Broncos offense fine, and the Broncos defense is still quite a force in the NFL. Oakland may have looked impressive in its first drive of the season, but Gruden quickly faded in the second half.

Why?: The Jaguars couldn’t hold on to 10-point fourth-quarter lead in the AFC Championship game last year, so take the Patriots this time around to cover.

Why?: The Cowboys offense looked awful last weekend against the Panthers. Odell Beckham Jr. is still due for a great performance.What better place to do it than on “Sunday Night Football” against Dallas, where his three-fingered catch made him infamous.

Why?: If Chicago can keep its defense running all four quarters, it could be the surprise team to come out of the NFC. A matchup against Russell Wilson is tough, but after staring down Aaron Rodgers last weekend, the Bears should be ready. Take the Bears.

Check out the latest Week 2 NFL odds as of today.