We still have another month before the quest for Lord Stanley’s Cup begins, but a pair of games will be featured with plenty of playoff intensity. The standings change nearly every day and a prolonged losing streak can drop a team out of a playoff position. On the flip side, a few wins in a row will have teams eyeing a better seed in their conference. Three teams tightly-packed in the Metropolitan Division are playing critical games this week, with the Philadelphia Flyers hosting Columbus on Thursday.

The Flyers are currently third in the Metro, two points ahead of the Blue Jackets. However, those clubs are still within reach of first-place Washington. The New Jersey Devils are close behind, just one point behind the Jackets and three behind Philly. All three clubs are in a playoff spot as are the Western Conference’s Los Angeles Kings, who host the Devils in an interconference battle on Saturday. 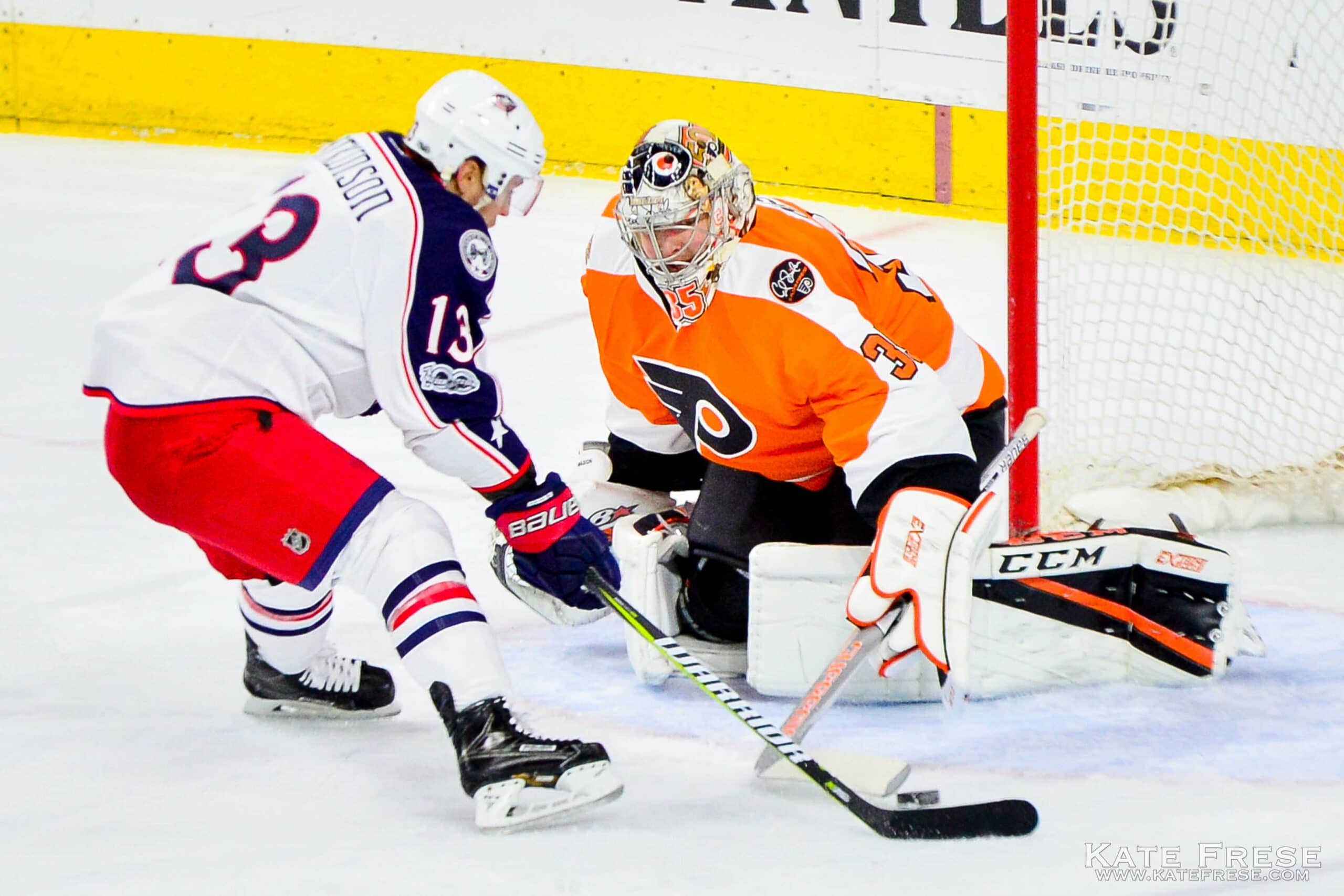 A five-game winning streak propelled the Blue Jackets into the playoff race and they’re looking at bigger things. The streak moved Columbus ahead of New Jersey for the No. 1 wild card spot, and it also has the Jackets on the verge of busting into the top three of the Metro. The Jackets had been one of the worst offensive clubs most of the season, but they’ve averaged 4.2 goals per game during their winning streak with the help of Seth Jones, who scored four goals in three games.

It’s been an up and down season for the Flyers, but the ups have them positioned just ahead of the Jackets in the Metro. A six-game winning streak temporarily moved them into first-place, but that was immediately followed by a five-game losing streak that has them scrambling with Columbus and New Jersey. Injuries to goalies Brian Elliott and Michal Neuvirth forced the team to acquire Peter Mrazek, and the netminding situation has been in a constant state of flux.

4.2 – Scoring goals has been a struggle for much of the year, but the Blue Jackets’ recent run of success has been fueled by a new-found offense. Jones has moved into the Norris conversation with his stellar play, recording six points in the last three games. The Jackets have twice scored five goals in a game and they are averaging over four goals per game in their last six.

All three games in the season series have been decided by a 2-1 score, so we probably won’t see a lot of goals. Despite their recent offensive surge, the Jackets rank 25th in goals per game and have just one 20-goal scorer in Artemi Panarin. Jones has been a beast on the backend all season and his recent surge on the scoresheet has the Jackets staring down the Flyers.

Sergei Bobrovsky has been stellar between the pipes for the Jackets and he’s surrendered just four goals in the three previous meetings. Look for another low-scoring affair with the Jackets getting the edge in the nets and striking on the power play against Philly’s 30th-ranked penalty kill. 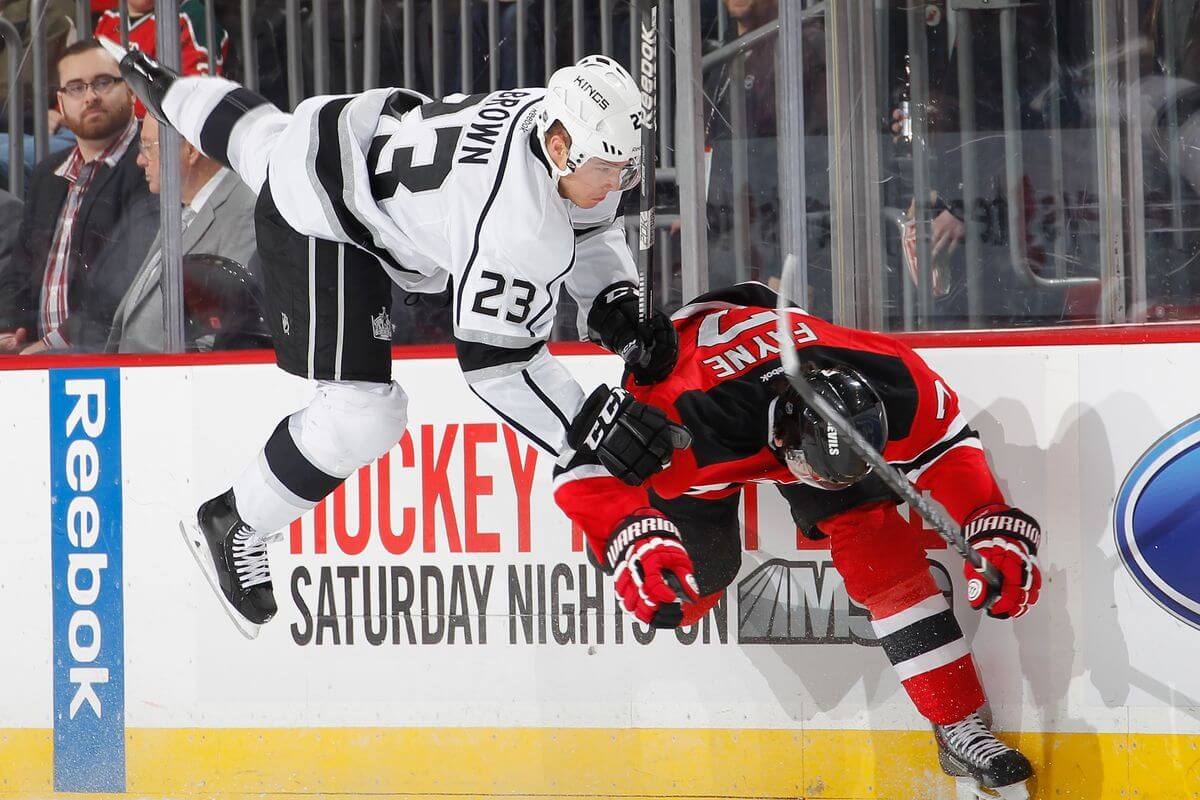 The Devils weren’t expected to contend for a playoff spot this year, but with 12 games left in the regular season they are situated to break their five-year drought. And they’ve gotten here with an improved offense that averages nearly three goals per game. They rank in the middle of the pack, but after finishing near the bottom of the rankings the last few years, it’s quite an accomplishment. Taylor Hall is largely responsible for the uptick, tallying 74 points and getting mentioned in Hart Trophy conversation.

The Kings haven’t won a playoff series since claiming the Stanley Cup in 2014, and they are in a battle for a playoff spot in the West. At this stage of the season, both teams need points, so don’t look for a wide-open game. With Jonathan Quick in net, the Kings have the second-best goals against in the NHL. They also have their own Hart candidate in Anze Kopitar, who leads the team with 76 points.

The Devils could be down a couple of centermen for this game, which will seriously impact their chances. Travis Zajac and Pavel Zacha have missed the last few games and both are key elements on the club’s special teams. Zajac is also the best face-off man and his absence won’t help a team that wins just 47 percent of its draws.

Both players have contributed a pair of goals for New Jersey’s 15th-ranked power play and each has a shorthanded tally while playing major minutes for the fifth-ranked penalty kill.

Both clubs are in need of points as they try to maintain their playoff positioning. Both would qualify if the postseason started today, but a few games without points would severely impact their chances. The Kings have been a good home team and the Devils have been decent on the road, however they are in the midst of a six-game trip that will make or break their season.

While the Devils have improved offensively, their goaltending has been an issue. Corey Schneider has struggled since coming back from injury and Keith Kinkaid has been erratic. They can have good games, but neither has been able to steal games like Quck has done for the Kings. And that’s why LA gets the nod in this one.