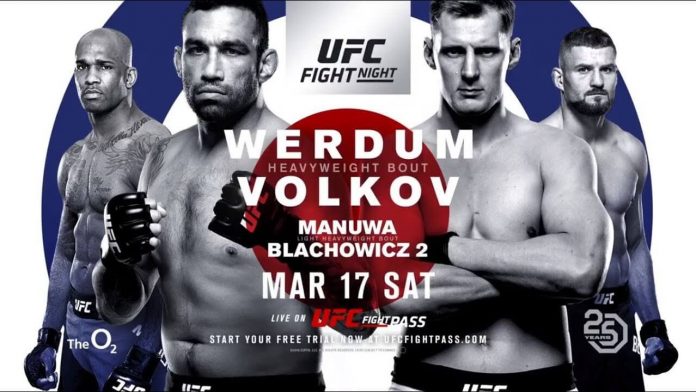 Fabricio Werdum is fighting whoever it takes to get back to the title shot. Even if it means taking on high-risk, low-reward scraps like his upcoming matchup with Alexander Volkov.

The pair will meet this Saturday at the O2 Arena in London, in the main event of UFC 127, which streams on Fight Pass. It’s not often you see somebody of Werdum’s stature on such a lowkey card, but the Brazilian is lining up every big man he can to cement his case as the next title challenger.

‘Vai Cavalo’ is playing a dangerous game as he waits for Stipe Miocic and Daniel Cormier to scrap for the heavyweight title. Volkov is a former Bellator champion, and has yet to be defeated in three UFC fights. For the Russian, it’s a rare opportunity to instantly become legit title contender.

In the co-main event, knockout artist Jimi Manuwa meets slugger Jan Blachowicz in a pivotal light heavyweight clash. Since Rumble retired, Manuwa is arguably the hardest hitter in the division and one of the few perennial contenders never to have fought for the title. Blachowicz likely won’t get him there, but it’ll keep his name in the mix.

We’ll also get into a main card welterweight scrap between Leon Edwards and Peter Sobotta, as Edwards could become yet another hot prospect in a loaded division.

Let’s take a look at the UFC odds at BookMaker.eu and break down you best betting options. 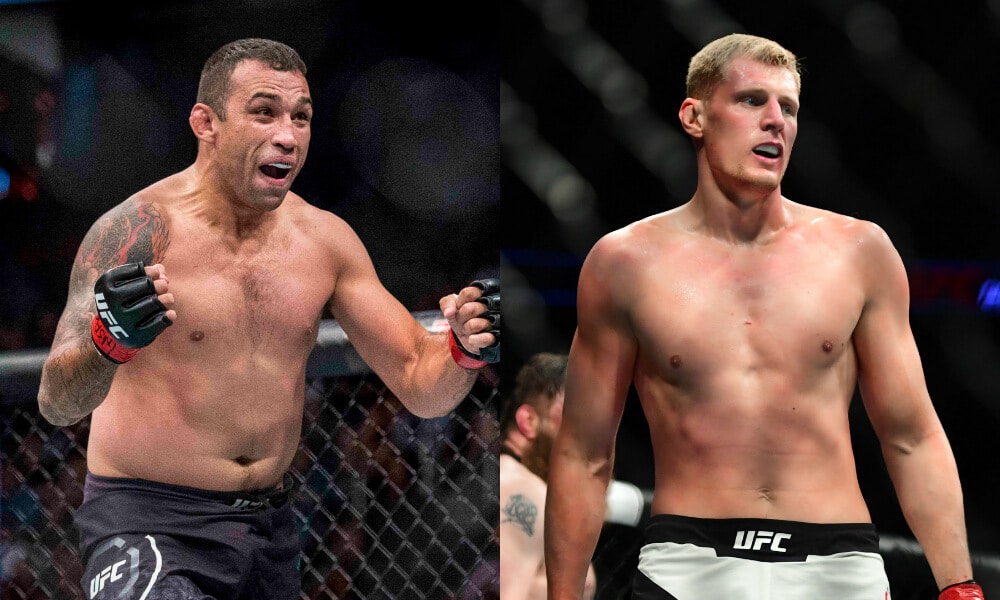 Werdum is a heavy favorite here, and for good reason: he’s been feasting on midcard fighters since his loss to Overeem, and Volkov seems to fit into that pile. But let’s not get carried away here, because the Russian brings an interesting set of tools into the octagon.

First of all, “Drago” is 6’7” and knows how to use his height in the cage. Both agile and flexible, Volkov is an excellent, dynamic kicker, possesses a punishing clinch game and throws out a beautiful jab. All that comes from knowing how to use those long limbs of his.

Werdum’s Muay Thai has improved dramatically under Rafael Cordeiro, and he can always fall back on the best submission game ever seen in the UFC’s heavyweight division. While he’s never been the strongest wrestler, Werdum can land opportune takedowns when needed and is never afraid to pull guard.

We lean towards the former champion, even though Volkov’s line is tempting. This is a five-round fight, giving Werdum plenty of time to find crafty ways to earn the win. Volkov tends to have trouble against strong grapplers, as evidenced by his loss to an ancient Cheick Kongo, and Werdum is far more dangerous.

Werdum might be an excellent finisher, but he’s meeting a bigger, younger fighter in Volkov. The Russian’s defensive statistics are excellent, so the Brazilian will likely turn this into a grind. That eats up clock. 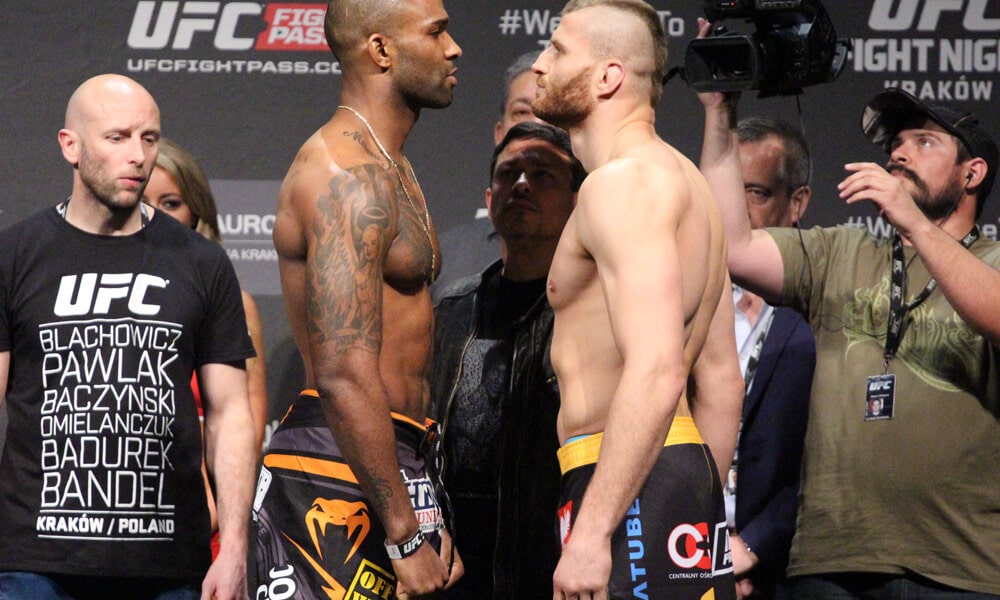 Don’t be fooled by Blachowicz’ 4-4 octagon record – the Pole is an extremely tough out for almost anyone at 205. This is a dude who can take a beating and dish it out in kind. Even two-time title challenger Alexander Gustafsson couldn’t put him away after lighting him up with howitzer shots.

Perhaps Manuwa can be the first to knock out the big Pole. With an 88% KO ratio in 17 wins, the Brit’s power is going to be a big factor here. Though at 38, Manuwa’s chin is starting to show some cracks, as he was knocked out in all three of his losses. He also tends to fall in love with trying to land the perfect shot, using his speed and athleticism as a crutch.

This recommendation is only a product of the money lines. While Manuwa is the more talented fighter, there’s major upset potential here. Blachowicz is coming off a win over Jared Cannonier, who has many similar physical traits as Manuwa. A sneaky good technical kickboxer, Blachowicz can implement a similar game plan of long distance striking to steal a win. 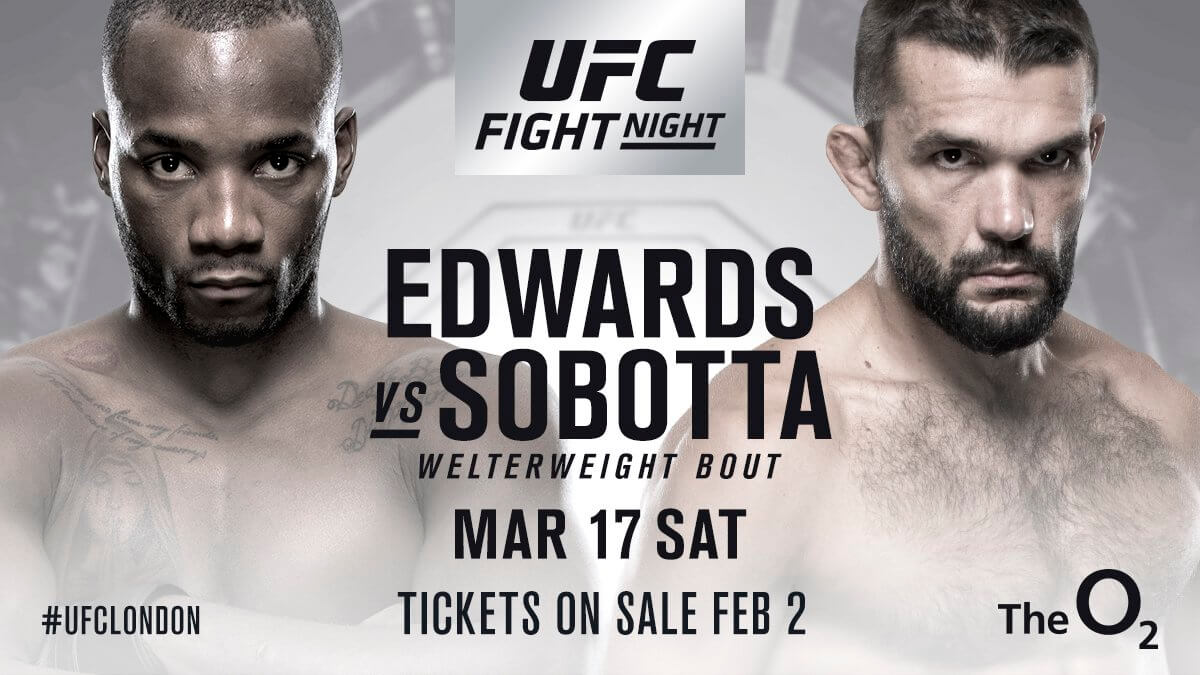 Sobotta was cut from the UFC in 2010 after failing to win in three outings. The German took that lesson to heart, drastically evolving in regional promotions to earn a second shot in the big show. Now in his second stint, Sobotta has gone 4-1, most recently scoring a win over the respected Ben Saunders. Formerly a submission specialist, Sobotta upped his striking by spending a lot of time with Tiger Muay Thai in Thailand.

He’ll have his hands full with Edwards, a kickboxer who has developed a killer wrestling game. Against Albert Tumenov – a boxing demon with knockout power – Edwards used takedowns and top control to muffle a dangerous striker. A guy who can win with his hands or his grappling is somebody you need to watch out for.

Our Pick: Fight Goes to Decision

There are a lot of neutralizing skillsets here. Sobotta’s improved striking should be able to hold off Edwards’ kickboxing, and Edwards’ wrestling will be tested by Sobotta’s advanced ground game. This will be a back-and-forth battle that goes to the cards.