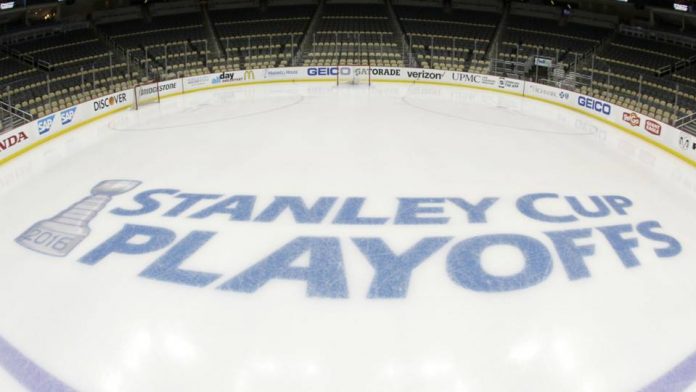 They say the hardest trophy to win in all of sports is the Stanley Cup, and the grind to capture Lord Stanley’s chalice is underway. We’ve already seen a pair of sweeps in the Western Conference and the East has some heated series that are getting nasty. The battle for Pennsylvania is an intense matchup anyway and putting the Flyers and Penguins together in a playoff series makes for fireworks. The defending champion Pens can advance to the next round with a win on Friday night.

The only series that is guaranteed to go at least six games has been the hotly-contested battle between Metropolitan Division rivals Washington and Columbus. The road team has won every game and three of the four contests were decided in overtime. The Caps are looking to buck the trend and take the series lead when the clubs meet in our nation’s capital on Saturday afternoon. 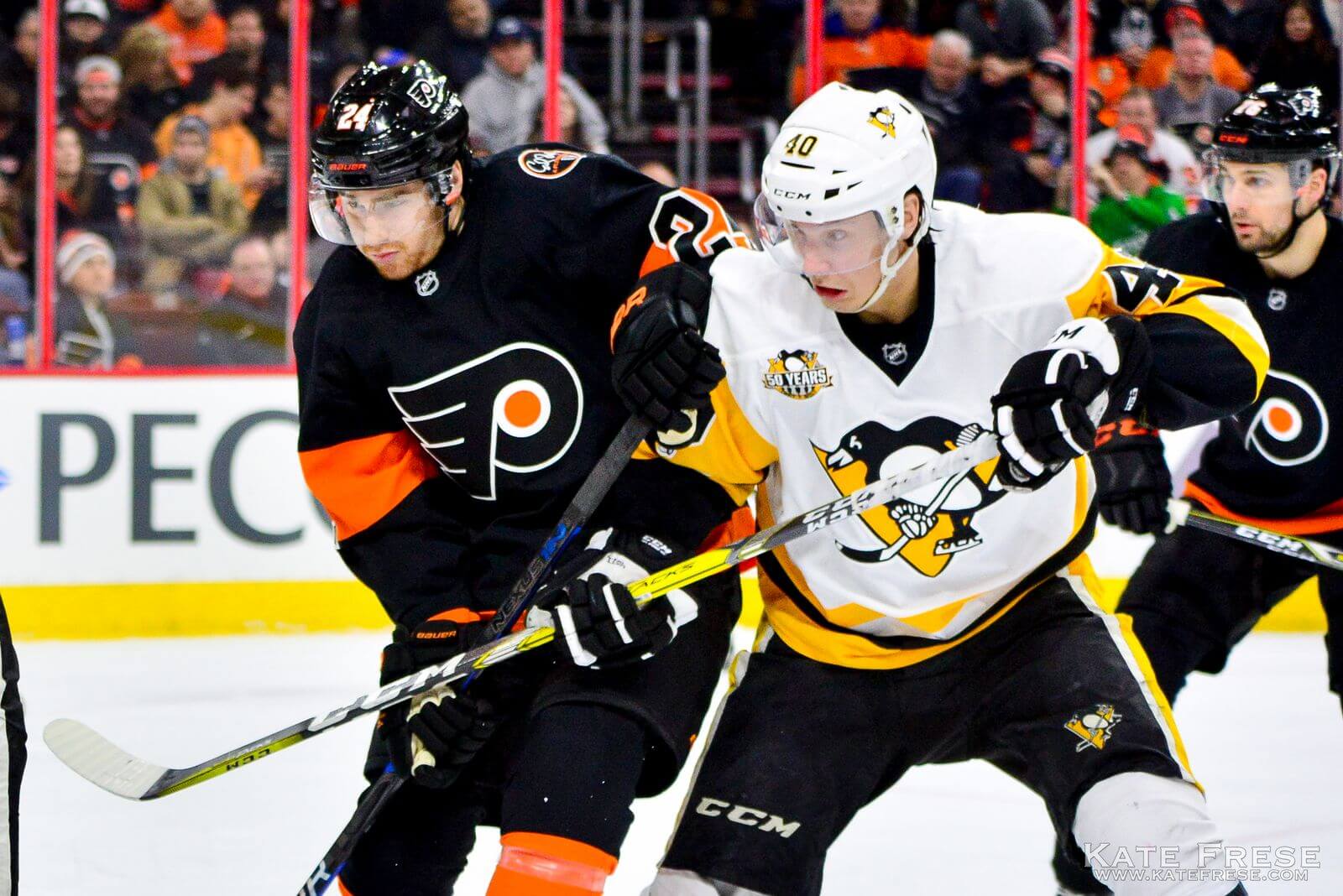 Only two points separated the teams in the Metro standings, but the divide has been large in this series. Two areas were a concern for the Flyers most of the season and those have them staring at elimination unless they find a way to slow the Pens down. When goalies Brian Elliott and Michal Neuvirth went down during the year, the goals against went up. Elliott has since returned, but he’s been little relief as the Pens have hit the back of the net 18 times. And the penalty kill, which ranked 29th during the regular season, is working at a worse clip this series.

The Pens certainly look like champions through the first four games of this series. They’ve outscored the Flyers 18-6 and they have 17 goals in their three wins. The series was tied at 1-1 after Philly’s Game 2 win, but the Pens absolutely dominated on the road, winning both games on the Flyers ice by a combined 10-1 count. The Pens have one of the most potent offenses in the game and they’re displaying it in the series. Sydney Crosby has 5 goals and 4 assists for 9 points, Evgeni Malkin scored three times, and eight players have at least three points.

38 – It hasn’t just been the postseason that has lit a fire in the Pens offense. They scored five goals in each of the four regular season meetings and have tallied 38 times against the Flyers in eight games total counting the playoffs. Crosby has been unstoppable recording 7 goals and 11 assists in the eight games with Malkin adding 5 goals and 5 assists in seven games against their in-state rival.

The Flyers’ only win so far came in Pittsburgh, so there is hope for a club that is reeling. Philly has been outworked and outhustled by the defending champs and it doesn’t look good. They’ve been a sieve defensively and the penalty kill continues to fail them. And they haven’t had much luck penetrating Matt Murray at the other end. Claude Giroux, who tallied 102 points during the regular season, has just one assist, and the Flyers could be without Sean Couturier, who was injured in practice and skipped the Game 4 loss. 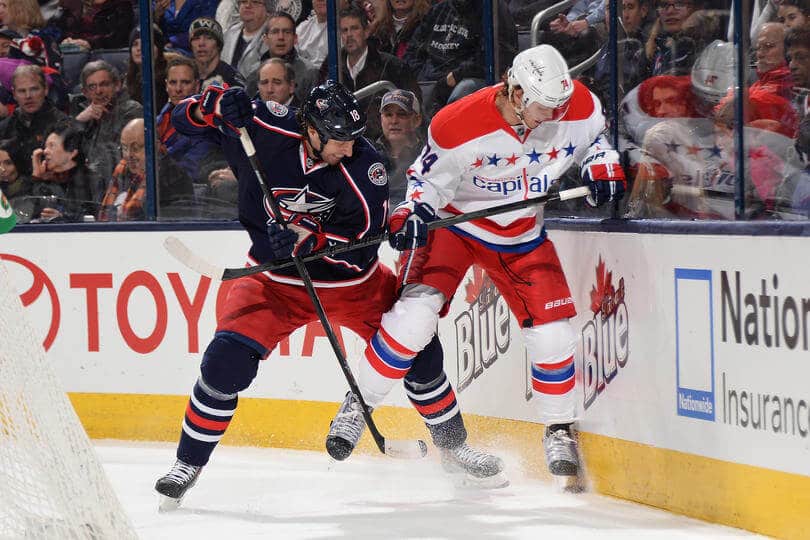 The Jackets fell behind by a pair of goals in each of the first two games of the series in Washington, and they came back to win them both in overtime. So they are a confident group, but they are playing with fire. They allowed the first goal in each game and weren’t so lucky at home, losing both to squander their 2-0 series lead while forfeiting home ice. They couldn’t mount a comeback in Game 4 and John Tortorella started shifting lines in the second period. The tactic didn’t work and the coach explained his team’s performance in the 4-1 loss bluntly, saying “we sucked.”

Losing two games on home ice after leading both 2-0, the Capitals never lost focus and got back in the series with a Game 3 overtime win. They played a solid Game 4, bottling up the Jackets in the neutral zone and allowing just 23 shots on net. While Braden Holtby was doing his job between the pipes, the big guns supplied the offense. Alex Ovechkin, who tallied 49 times during the regular season to lead the NHL, netted his third of the series, as did Evgeny Kuznetsov

35.0 – It’s a small sample size, but the Caps have been on fire with the man-advantage. Through four games, Washington leads all playoff teams with seven power-play goals and their 35.0 success rate is third-best. And unlike other teams that skewed their numbers with one big game with an extra attacker, the Caps have scored at least one power-play goal in each game. Columbus has shown a lack of discipline in the series and that could be their downfall in Game 5. The Caps went 5 for 13 on the power-play during the first two games at home.

This has to be the wildest first-round series and the Caps will look to settle things down on Saturday. The road team has won every game and the Jackets were able to recover from 2-goal deficits in the first two on the Caps home ice. According to the NHL, the Game 5 winner in a tied series goes on to win 78 percent of the time, making this an important contest. The Caps will finally break the home ice spell and they’ll do it by banging home at least one PPG, because the Jackets will give them enough chances and Washington is too skilled offensively.

Check out all the latest NHL Playoffs betting odds.