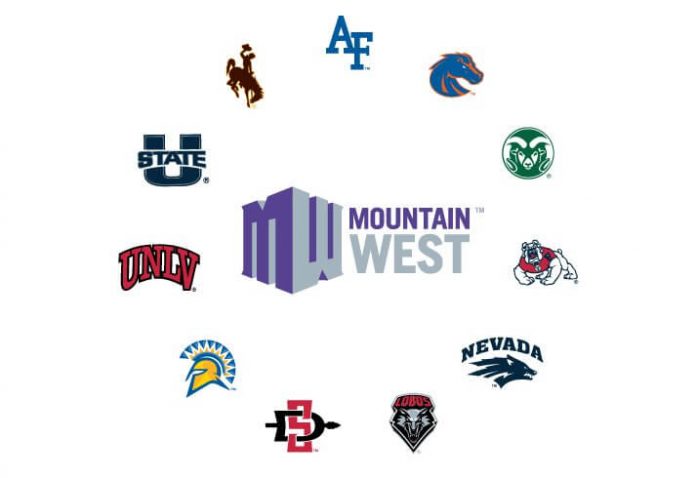 The Boise State Broncos boasts the most complete roster in the conference and will be favored to capture another championship in 2018.

While the Broncos aren’t quite at the level they used to be in their best years, this is still a mighty fine team and one that should put together another impressive season. Quarterback Brett Rypien returns to lead the offense, and it could be an explosive group. The defense is anchored by star pass-rusher Curtis Weaver, who will aim to harass opposing quarterbacks all season.

There is a second tier of contending hopefuls looking up at Boise State. The San Diego State Aztecs, the Fresno State Bulldogs and the Utah State Aggies are the teams most likely to push them in the Mountain West.

San Diego State has two conference titles in the past three years but has a decent amount of replenishing to do. The Aztecs lost star running back Rashaad Penny to the NFL and might take a step back, but still has the second-best odds to win the conference.

Fresno State and Utah State could in the mix but will need plenty of things to go their way. Wyoming is probably the only other team that has a realistic shot at winning the conference, but it has to replace first-round pick Josh Allen, who was the team’s standout quarterback the past few years.

Boise State doesn’t have overwhelming odds to win the conference, but it’s hard to peg which contender will be able to knock off the Broncos if that does indeed happen.

Odds To Win The Mountain West

Boise State is the heavy favorite but it is hard arguing with these odds. Rypien is a fantastic quarterback and could put up some big numbers in 2018. The defense loses Leighton Vander Esch but there is so much talent that this team should be dynamic on that side of the ball as well. The Broncos have plenty of top-tier talent but what really stands out is the team’s lack of weakness. As long as Rypien stays healthy it’s hard to imagine this team losing more than once in the conference season.

San Diego State is the type of plucky team that can make life miserable when it is the underdog and pull off some upsets. It would not be a shock if the Aztecs get things together by the time conference play rolls around and put a scare into Boise State. San Diego State will look to dominate in the rushing game once again as Juwan Washington will take over as the next in a long line of talented running backs.

Fresno State put together a huge turnaround in 2017 and brings back many key pieces, including quarterback Marcus McMaryion and some impressive wide receiving weapons. The Bulldogs have to prove they can sustain the success, but at these odds they are the best play among the contenders to Boise State’s throne.

Utah State went from three wins to six the past two years and now brings back a lot of starters on both sides of the ball. The Aggies need quarterback Jordan Love to continue developing and if he does so this looks like the second best team in the Mountain Division behind Boise State.

Wyoming couldn’t win the conference a year ago with Allen and it seems unlikely the Cowboys put a serious charge in 2018. While Fresno State and San Diego State are worthy foes, it will be Boise State winning the Mountain West Conference once again.