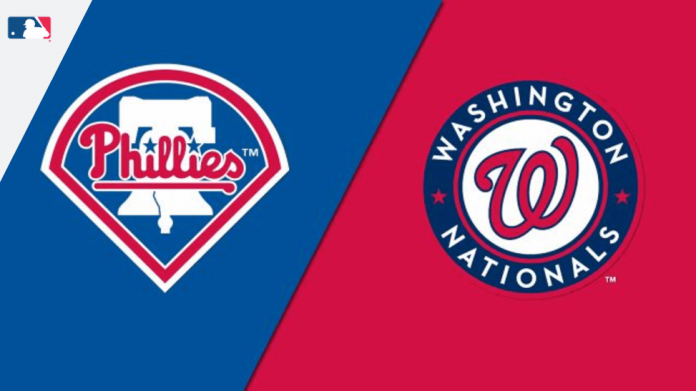 The Washington Nationals have seemingly given up. A team with World Series expectations heading into the season are trading away their best players. Second baseman Daniel Murphy was traded to the Cubs while Matt Adams was sent to the Cardinals earlier this week.

The Philadelphia Phillies have been the surprise in the National League East as they are battling the Braves for divisional supremacy while Washington is 7.5 games out. The Phillies will hit the road to face the Nationals this week in a game that surprisingly means much more to Philadelphia.

The Nationals aren’t eliminated from contention yet but they see the writing on the wall. A disappointing season seems destined to end without a playoff berth. The Phillies are right in the mix of the divisional race as well as the wild card chase and a win here would be a big boost.

The Philadelphia Phillies and Washington Nationals will face off on Wednesday, August 22nd, 2018 at 7:05 p.m. ET at Nationals Park in Washington, D.C..

The Phillies are 68-57 on the season. They have lost three straight games to fall two games behind the Braves for the division lead. Philadelphia can make the postseason with a strong finish but a lull can mean sitting home when the playoffs begin. The Phillies are only 27-35 on the road this season and need to buck that trend in this one.

The Nationals are just 63-63 on the season. They do have a plus-65 run-differential which means they have dealt with a lot of close-game bad luck in 2018. Washington has to be almost perfect the rest of the way to have a chance at the playoffs.

The Phillies are projected to send Zach Eflin to the mound. He is 9-4 with a 3.70 ERA on the season. Eflin gave up four runs in 6.2 innings pitched last time out against the Mets but still came away with the victory because he was given a lot of run support.

The Nationals will counter with one of their star pitchers. Stephen Strasburg is scheduled to hit the mound and the flamethrower could be a tough matchup for the Phillies. Strasburg is 6-7 with a 3.90 ERA on the season. He has missed a month with a neck injury but is expected back for this one.

Five. That’s the number of teams within two games of each other in the National League wild card race. The Phillies are a half-game behind the Brewers and Cardinals, but plenty can happen down the stretch. The Rockies and the Dodgers are the other teams right in the mix.

Philadelphia is probably not one of the two most talented teams in the race, so they will need to outperform expectations the rest of the way to make the playoffs.

Phillies vs Nationals – Who To Bet On

Morale might be low in Washington right now as the team seems unlikely to make the playoffs. However, with Strasburg on the mound and players like Trea Turner and Bryce Harper in the lineup, this is still a talented group.

The Nationals are the better team despite their record and recent turmoil. They are the pick to come away with this victory.