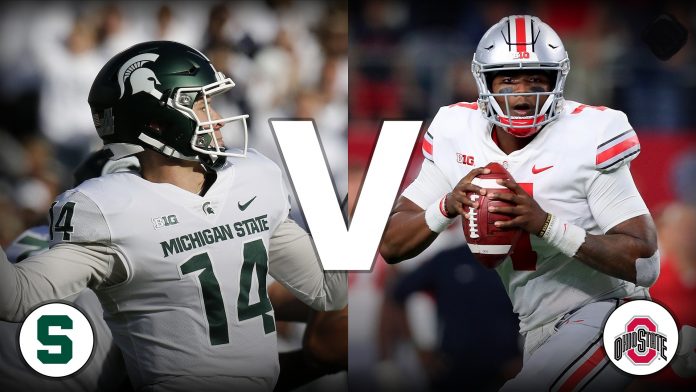 You can bet the Big Ten will do everything in its power to play this game since the fate of the conference rests on the Ohio State Buckeyes. You can also bet on whether OSU will beat the Michigan State Spartans and cover the 23-point spread on the current college football betting line. The Buckeyes are 4-0 and need six games to reach the minimum in order to compete in the conference championship. Ohio State had its last game canceled due to the virus and there is some uncertainty about Saturday’s matchup. Not playing won’t affect OSU’s College Football Playoff hopes, but they will lose out on a chance to gain style points with the committee.

The game between the Ohio State Buckeyes and Michigan State Spartans will take place at Spartan Stadium in East Lansing at 12 p.m. ET on Saturday, December 5, 2020. The game will be televised live on ABC. 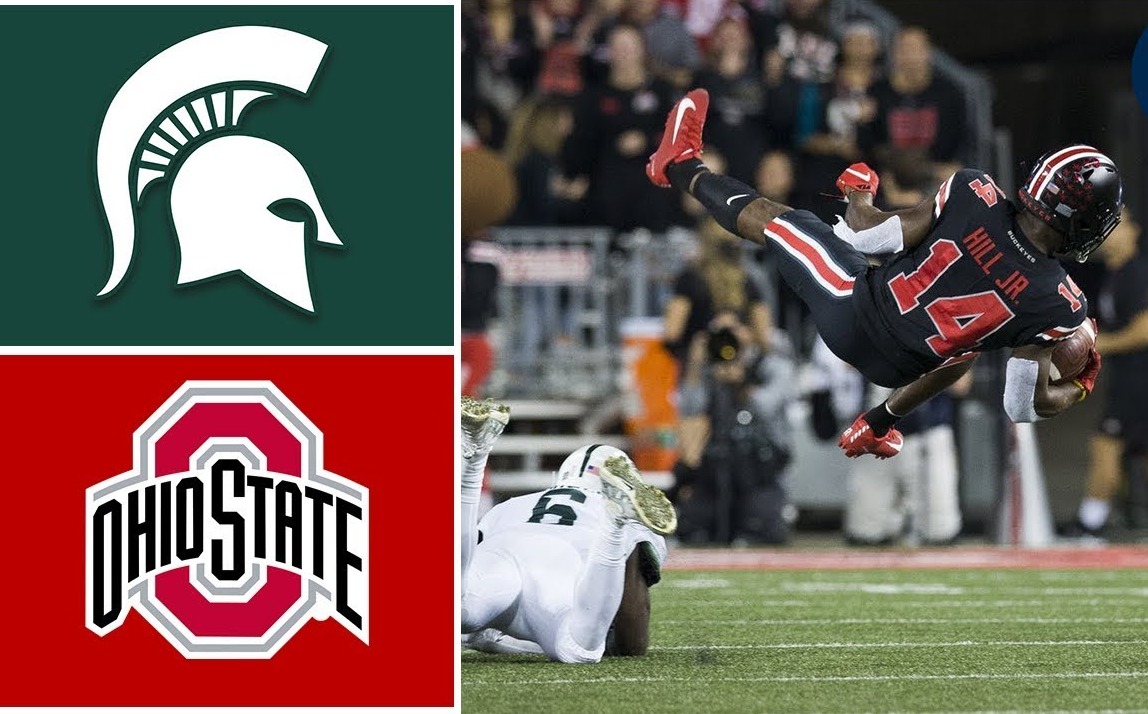 We’ve seen cancellations on the day of a game around the country, so there is no guarantee this one gets played. The Buckeyes resumed team activities earlier in the week, which is a good sign. They had to cancel last week’s scheduled game with Illinois over a rise in COVID cases. It’s the second cancellation of the abbreviated season and the Buckeyes likely need to make an impression on the committee with what little time they have left. OSU didn’t impress last time out beating Indiana 42-35 failing to cover the 21-point spread. They also had a tougher than expected time with Rutgers the game before. OSU is 2-2 ATS and has cashed the OVER in its last two outings.

Catching 23 points the Spartans are right where they want to be for this one. Their two wins came as a double-digit dog over Michigan and last week against previously unbeaten Northwestern. However, the Spartans will be known as the team that lost to Rutgers unless they can change the narrative. MSU was upset 38-27 in their season-opener laying 9.5-points to the Scarlett Knights. They are 2-3 SU and ATS overall. Beating Ohio State would help, but the Spartans have been unable to do that in the last four meetings while getting outscored 108-19 in the previous three hookups. The teams have cashed the UNDER in the last five meetings. 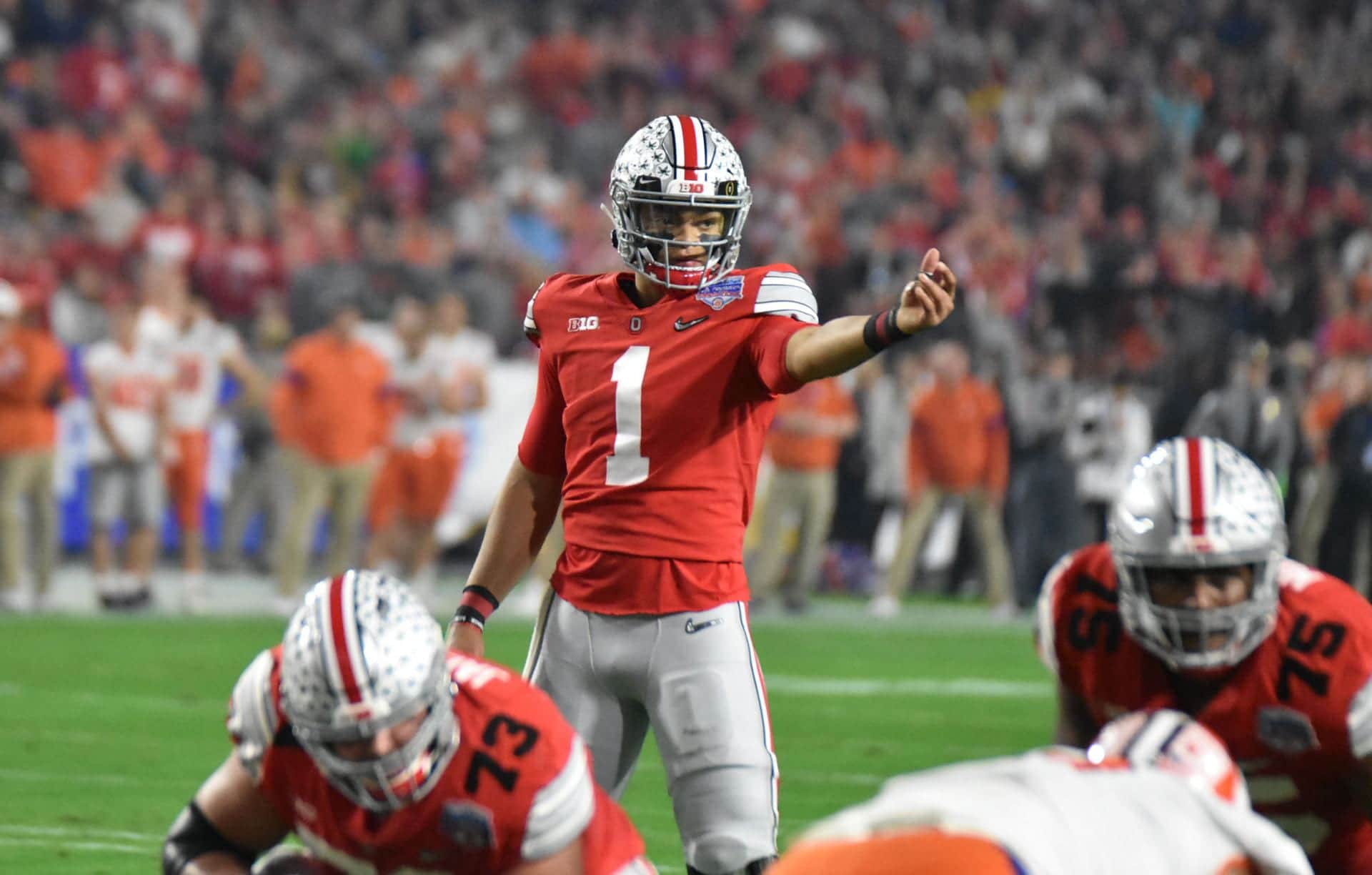 Playing so few games leaves the Buckeyes in a tough spot. The latest CFP rankings had them at No. 4, but that’s a precarious spot since the top three are all but locked up barring a catastrophic collapse by any of them. That means OSU will have to make up ground with style points while continuing to win. They have just two games left on the regular season schedule with a matchup against rival Michigan next week. Nothing impresses more than scoring points and the Buckeyes have done that this season scoring at least 38 points in every game while boasting the eighth-best scoring offense in the FBS at 45.3 points per game.

Justin Fields was a Heisman hopeful entering the season but he hasn’t played enough games to put up the numbers Trevor Lawrence and Kyle Trask, among others, have. Still, Fields is hanging around the conversation by averaging 302 passing yards and four touchdowns per game. The weakness is on defense where the Buckeyes allow over 290 yards per game through the air and have conceded at least 25 points in each of the last three games. 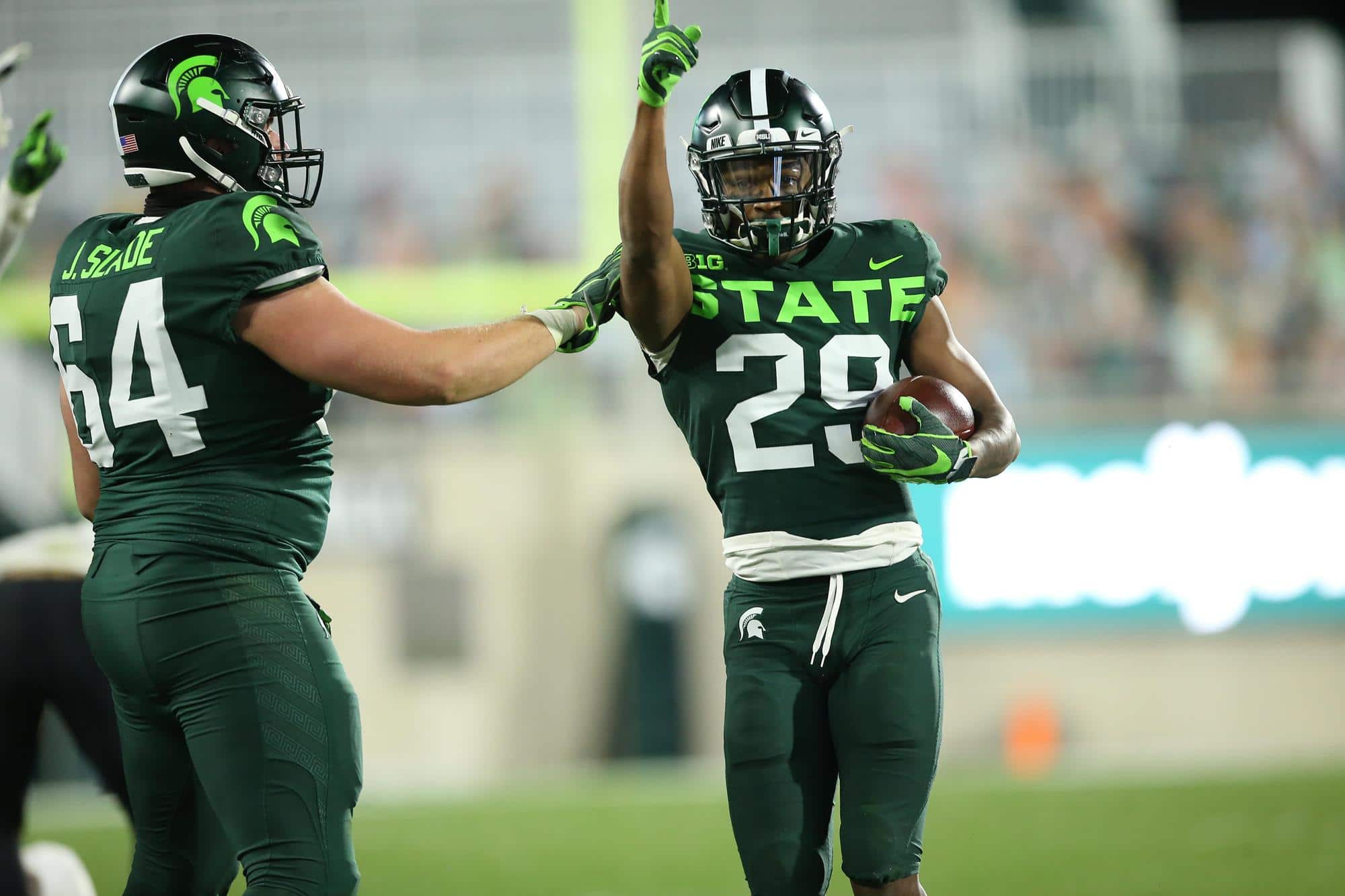 Sparty is just a tough team to figure out. The upset loss to Rutgers where they committed seven turnovers had the faithful calling for Mel Tucker’s head before he finished coaching his first game. The Spartans also got blown out at Iowa and were blanked at home by Indiana. The win over Michigan was big, but the Wolverines don’t look like the same group we’ve seen in the past. Knocking off previously unbeaten Northwestern last week was nice. Sparty followed up their win over Michigan by getting spanked 49-7 by the Hawkeyes, so they better watch out.

The Spartans will have to score points in order to keep up with Ohio State, something that’s been a struggle for them. Before putting up a season-high 29 points against Northwestern they totaled seven in their previous two outings. They have the Big Ten’s worst scoring offense averaging just 18 points. Shakur Brown has an FBS-best five interceptions to lead a sturdy defense, but the group isn’t good enough to make up for an inept offense. 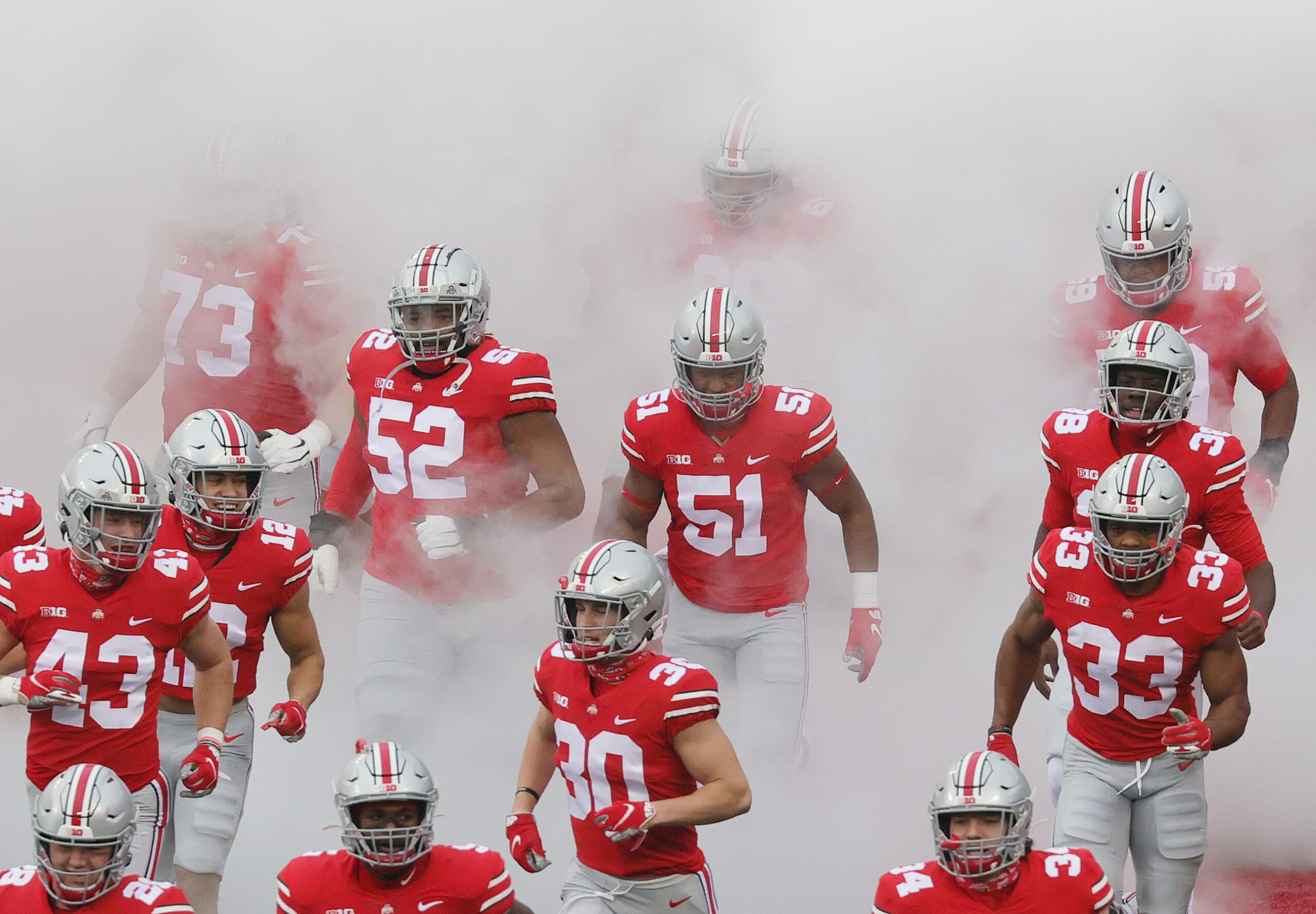 Ohio State needs to play and more importantly it needs to make a statement. Scoring hasn’t been a problem and I anticipate that continues against a middle-of-the-road Spartans defense. Hell, the Buckeyes may hit the total on their own with an abundance of offensive weapons. OSU’s defense showed cracks the last two games giving Rocky Lombardi hope MSU can stick it in the end zone a few times. But this game is all about Ohio State, which has won its last eight road games by an average margin of 28.6 points.