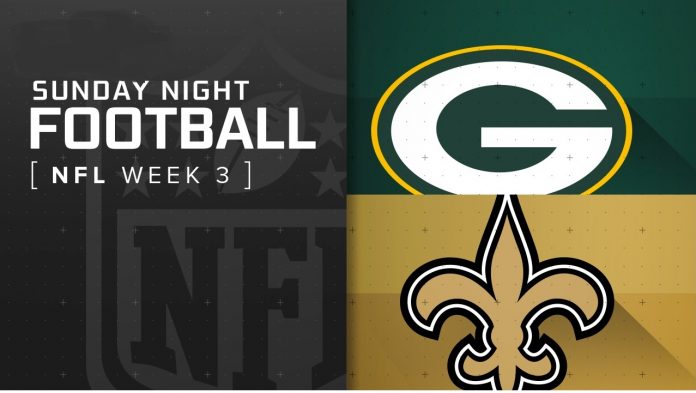 Two future Hall of Fame quarterbacks go head-to-head in what should be a dandy Sunday Night Football matchup. Drew Brees and the New Orleans Saints are already used to this scenario having dispatched that guy they refer to as the GOAT in the season opener. Meanwhile, Aaron Rodgers has the Green Bay Packers’ offense hitting on all cylinders leading the NFL in total yards and points. Rodgers is good but I don’t think the Packers will continue on the pace that has them racking up over 8,000 yards of offense this season. Green Bay is coming off a win and cover over Detroit improving to 2-0 SU and ATS this season. You’d expect to see offense from these two teams and they haven’t disappointed over bettors with each going over the closing total in their first two games.

The game between the Green Bay Packers and New Orleans Saints will take place at the Mercedes-Benz Superdome in New Orleans at 8:20 p.m. ET on Sunday, September 27, 2020, and will be televised on NBC.

Packer backers were ecstatic to get their club at +4.5 on the early line. All the action dropped the spread to its current number. Green Bay came out hot to start the season winning outright in Minnesota 43-34 as a 1-point dog. They overcame an early 11-point deficit last week manhandling the Lions 42-21 as 7-point chalk. Dating back to last season and including the playoffs, the Packers are 8-1 SU and 6-3 ATS in their last nine. The one loss was to San Francisco in the NFC Championship. They’ve also cashed the OVER in four straight. The Saints had no answer for Derek Carr and the Raiders on Monday night falling to 1-1 SU and ATS in a 34-24 setback. Don’t be alarmed, though. While winning 13 games in each of the previous two campaigns, the Saints split their opening two games both years.

Seeing the Packers average 505 yards and 42.5 points through their first two games you immediately think Rodgers is on another MVP crusade. No doubt he’s played well, but Rodgers is getting plenty of help. Throwing for 240 yards and two touchdowns on 18 of 30 passing last week was an average day yet the Packers nearly totaled 500 yards thanks to a ground game led by Aaron Jones. 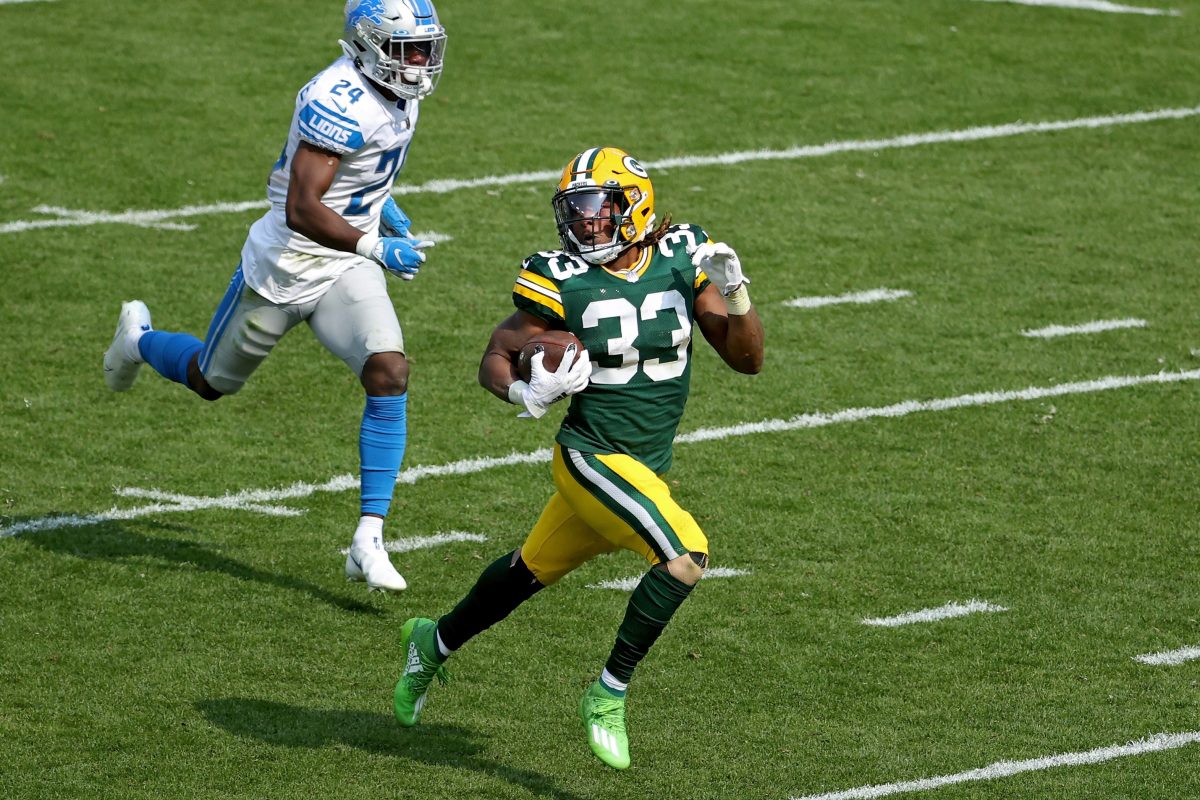 Taking a lot of heat for not selecting a wide receiver in the talent-rich draft, the Packers stuck with what they had. Headlining the corps is Davante Adams, who had more than twice as many catches as the next closest receiver on the team last year. Adams had three catches on three targets before exiting last week’s game with a hamstring injury. His status for Sunday night is unknown. Adams missed four games last season and Packers won them all, but there’s no denying his importance to the offense. “We need Davante. We always need Davante. He’s so damn talented,” Rodgers said of his favorite target.

Turns out they didn’t need him last week with Jones scampering for a career-high 168 yards on 18 carries and the team amassing 259 yards with 7.4 yards per carry. At some point, likely against the Saints, it would be nice to have Adams at the receiving end of Rodgers’ passes. If Adams isn’t available Marquez Valdes-Scantling and Allen Lazard will play a bigger role. Those two have 14 combined catches this season, three fewer than Adams.

All the talk in the early part of the season has been about the offense, which has performed below expectations. While the numbers haven’t been awful, the bar was set high in the Big Easy by Brees and Sean Payton. The Saints haven’t ranked outside the top-10 in points and yards since 2010 when they finished 11th in scoring. The two previous years, including the Super Bowl winning 2009 campaign, they led the NFL in both categories. So to see them ranked 21st in total yards is stunning. 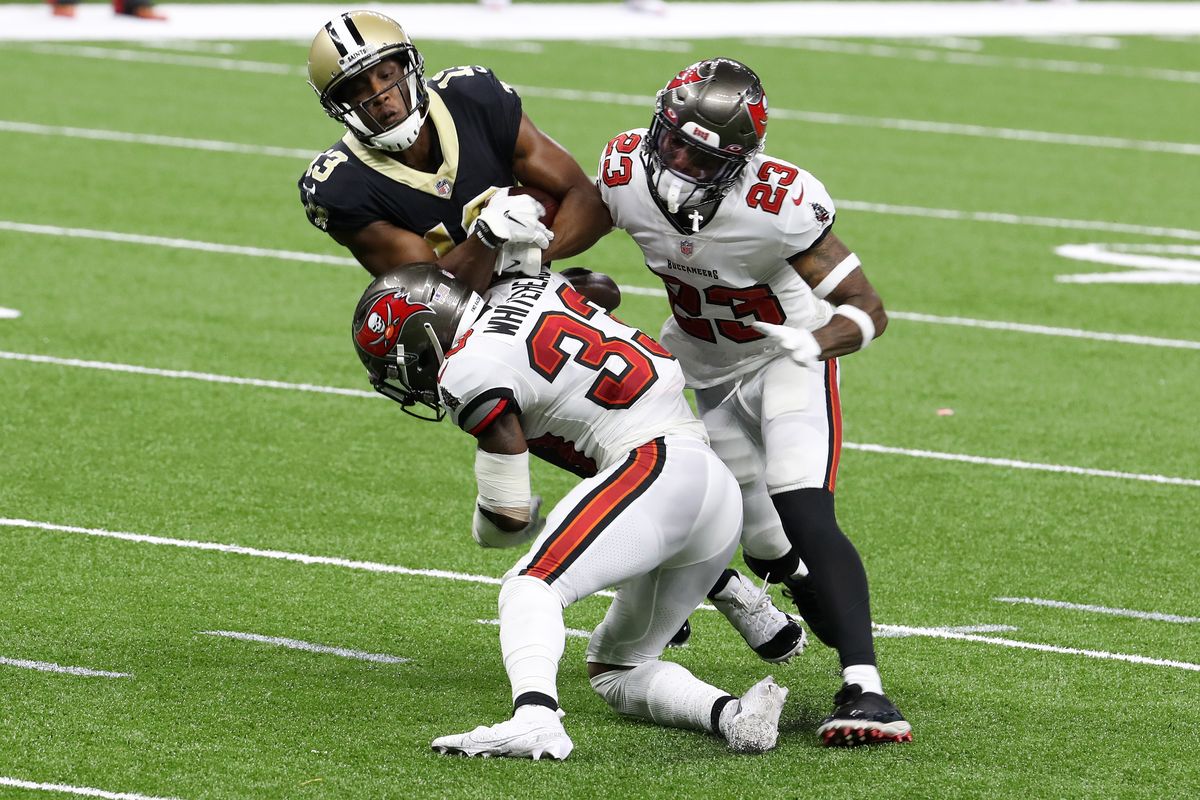 A week after throwing for 160 yards against Tampa, Brees had much better numbers with 312 yards on 26 of 38 passing. That doesn’t tell the entire story, though. Without Michael Thomas, Brees was reluctant to push the ball downfield instead relying on Alvin Kamara, who had team-highs of nine catches and 95 yards. Wide receivers combined for nine receptions. Like Adams, we don’t know the status of Michael Thomas for Sunday night, but it would be an impactful loss.

The Saints inability to get off the field in Vegas was troubling. They allowed the Raiders to convert 10 of 17 third downs and both fourth-down tries. They also shot themselves in the foot with penalties. Flagged 10 times for 129 yards, the Saints extended five Vegas drives with fouls while stalling three of their own. That needs to be cleaned up quick.

With the Packers getting a field goal on the current line it’s hard not to back them as well as they’ve played. The Saints are typically a disciplined team so I’m surprised with their sloppy play. New Orleans has turned the corner in Week 3 the last two seasons and they have all kinds of talent on both sides of the football. Besides, the Packers aren’t going to continue on the pace they’re on, so backing the Saints and the UNDER is the smart play.