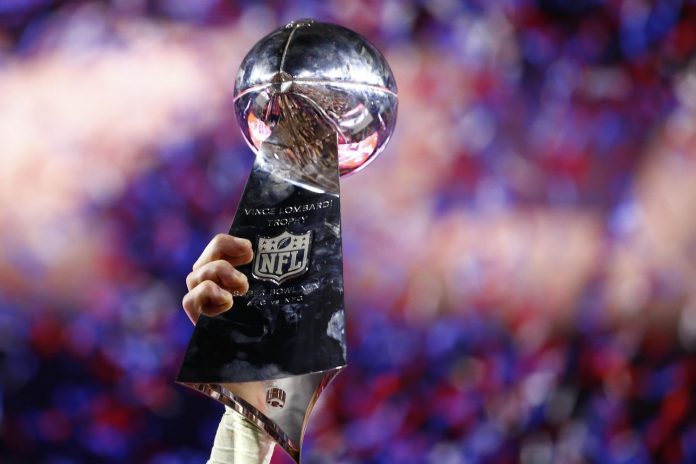 The New England Patriots are awesome. The Dallas Cowboys and Seattle Seahawks are in the playoffs. Would you dare to really guess about anything else that’s going to happen for Super Bowl 51 over the course of the last two weeks of the NFL regular season?

There’s a reason why you can get a fantastic NFL betting price on a number of fringe playoff teams right now, and you never know when one of those teams might sneak up and actually make a run towards the Lombardi Trophy in January. Check out these Super Bowl 51 odds.

New England has won the AFC East for an NFL-record eighth straight season. One more win, and it’s the No. 1 seed in the conference.

Remember the Dak Prescott/Tony Romo drama? All the rookie did in the face of adversity was go 32-of-36 against one of the hottest defenses in the NFL on SNF and move the ‘Boys within one win of the No. 1 seed in the NFC.

The undercard story of the day in Week 15 was that Seattle has won the NFC West and is two wins from getting a first round bye in the playoffs.

Ben Roethlisberger and company have an awfully low price on their heads for a team that has to effectively beat Baltimore next week just to get into the playoffs. The good news is that Pittsburgh is -4. The bad news is that a loss, and any playoff hopes whatsoever could effectively evaporate.

The Dirty Birds finally stuck their nose in front of the Bucs last week, and they look good to win the NFC South. Atlanta badly needs Seattle to slip to have a shot at the No. 2 seed.

Aaron Rodgers told the world a month ago that the Packers were winning out. They’ll be favored to make it five in a row this week against Minnesota, and that win would setup the “NFC North Championship Game” in Week 17 in Detroit where the winner wins the division and the loser very well could be left out of the playoffs entirely.

An Andy Reid-coached team plays a huge game in December and chokes. Hasn’t this script been written about 72,000 times before? KC isn’t even a dead lock to get into the playoffs yet, though it would take a heck of a lot for it to be left out. Losing to Denver on Christmas night would be a step in that direction, though.

KC’s loss to Tennessee was definitely Oakland’s gain. The Raiders are at least in the playoffs, which is more than we can say for the four teams listed about. But the Raiders know they badly need to win these last two regular season games to lock up the No. 2 seed if they want to be legit Super Bowl threats.

The last thing Dallas wants to have happen is for the Giants to get the No. 5 seed and watch them beat Atlanta, Green Bay or Detroit and come back to Arlington for Round 3 of this series.

The Lions could have won the NFC North by winning in Weeks 15 and 16. Now, it seems inevitable they’ll have to beat the Packers at home in Week 17 to win their first division title since the mid-90s.

Not much of a price for a team that has to win a game at +4 on the road in Pittsburgh and then will have to beat Cincinnati in Week 17 just to get into the postseason.

Tom Savage makes about five percent of what Brock Osweiler makes, but he’s the starting quarterback for the Texans now in all likelihood. And you wonder why there isn’t an AFC South team better than 50 to 1 to win it all. Lloyd Christmas had a better chance than anyone in this division of winning it all.

The Titans are just refusing to go away, and they’ve now set themselves up for a Week 17 showdown against Houston for the division title if they can beat the Jags on Christmas Eve.

Washington controls its own destiny to get in, though it needs three wins, starting on Monday against Carolina to do so.

The Broncos are fighting in their own locker room. But can you blame the defense for being a little upset at the offense after holding Tom Freaking Brady to 16 points last week and never even having the remotest of chances to win the game?

The Bucs feel like they’re a year away. They were dominated in Dallas in spite of the scoreboard that says they covered and lost by just six.

The Fins control their own destiny to get into the playoffs, but with Matt Moore the presumptive starter for the rest of the season with Ryan Tannehill hurt, their chances of winning three road games in January are virtually nil.

After beating the Vikings, the Colts had to feel good about themselves until both the Titans and Texans came from behind to win in Week 15 as well. Now, Indy needs a two wins, Tennessee to lose to Jacksonville, Houston to lose to Cincinnati and the Titans to beat the Texans in Week 17 to win this division.

From 5-0 to the very real possibility that Week 16 is the last meaningful game of the season. It’s been that type of year for the Vikes.

The Saints might not even get to Week 16 mathematically alive for the playoffs. They’ll need Washington to lose to Carolina just to keep breathing, and even that probably won’t accomplish much.

Super Bowl odds courtesy of Bookmaker.eu as of December 20, 2016.