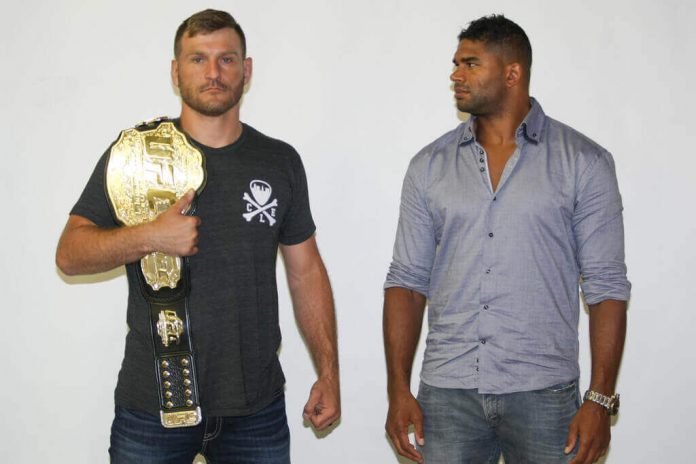 It’s been a busy year in the UFC 2016 schedule, and the past two months alone produced eight cards with two larger than life pay-per-view events: UFC 200 and UFC 202.

If you’re a casual fan, you might think it’s time to forget about MMA betting for a bit. That your time might be better spent thinking of a clever team name for fantasy football (Tip: Turn Down for Watt or Demaryius Targeryan have been done to death). You’re wrong.

From now through the end of 2016, there are a few can’t-miss scraps, and one more milestone UFC fight card that premier fighters are all jockeying placement with. There are more than 10 events left, so there’s plenty to be excited about.

Let’s take a look at the best UFC predictions for the rest of the year, with available UFC betting odds courtesy of BookMaker.eu. It’s been a great year for Cleveland sports fans. That’s a sentence I never thought I’d actually write. But the Cavaliers are champions, the Indians are winning their division and Ohio native Stipe Miocic – who grew up in The Land’s suburbs – brought home the promotion’s most prestigious belt with a one-punch KO of Fabricio Werdum this past May. We’ll just forget the Browns exist, for Cleveland’s sake.

Miocic’s first title defense comes against former Strikeforce, Dream and K-1 Kickboxing champion Alistair Overeem. What’s more, it happens in his hometown of Cleveland at the Quicken Loans Arena – the house of Lebron James. These are some of the best fans in sports, and you can bet on an electric atmosphere in support of a native son.

Overeem could not be a more perfect first defense. He’s got the smirk of schoolyard bully, the physique of a comic book supervillain and one of the most dangerous kickboxing games in the UFC. But Miocic is a former Golden Gloves champion, which means this should be a brutal-yet-technical matchup. We’ve seen a few WWE crossovers try their hands at MMA, like Brock Lesnar and Bobby Lashley. But those guys have actual collegiate wrestling backgrounds, not to mention massive physiques that allow them to simply overwhelm smaller fighters. But when CM Punk makes his UFC debut on the undercard of Overeem-Miocic against Mickey Gall, he’ll have nothing besides his year of training at Roufusport.

In all honesty, Punk has no business being in the UFC – he should be building his resume in regional promotions like KOTC or RFA. But he’s just too big of a mainstream star to toil away at the Tillamookieblaylock Hot Springs & Casino in Bumbletown, Nowhere. His debut has been pushed back a few times already due to injury, but it looks like we’ll finally see him inside the cage at UFC 203. This is more than a rematch that has been more than six years in the making. It pits brash British star Michael Bisping, the most unlikely current champion in the UFC, against the man who humiliated him with a single punch and turned him into a photoshop meme.

Henderson even took the silhouette of him flying through the air to land a “shut him up a little” forearm on the unconscious Bisping and turned it into the logo of his clothing brand. That hasn’t sat well with the new middleweight champ.

It’s also the final fight, win or lose, for a true MMA legend in Dan Henderson. Beating his archrival and ending his career as the middleweight champion is an ending that you even the most idealistic Hollywood writers couldn’t script. I’m in the camp that firmly believes that B.J. Penn should stay retired. He hasn’t fought since 2014, and his last three fights were hard-to-watch losses where the Hawaiian legend basically took on the role of a human punching bag.

But for casual fans, Penn is a name that will always draw interest. He’s one of the UFC’s original superstars, a carryover from the era of Chuck Liddell, Georges St. Pierre and Anderson Sliva. Fighters still love him as much as the fans do.

If the UFC is doing the fans a service by letting Penn fight again, they could at least put him up against a mid-level opponent who he might have a chance of actually beating. Ricardo Lamas is a top-ranked featherweight and a brutal fighter – this might be hard to watch. The great state of New York finally lifted its MMA ban, and the UFC will make its debut at the legendary Madison Square Garden. You know damn well that this is going to be a huge deal for the promotion. The fighters know it too, and their eyes are lighting up pay-per-view dollar signs.

Not one matchup for this card has been confirmed, but every fighter is gunning for a spot on the last marquee event of the year. Long Island native Chris Weidman and New Jersey’s Frankie Edgar are campaigning for a fight in New York, solely based on the fact that they grew up a state away. Rumors of Ronda Rousey’s return just won’t die. And New York seems like the perfect stage for GSP’s comeback.

What we do know is that Jon Jones, a New York native, won’t be there. He’ll be serving a suspension for PEDs. But pretty much anything else is on the table for both fighters and fight odds, including yet another fight from Conor McGregor.

What else is ahead for the UFC in the next months? Check out UFC Betting Odds: Conor MacGregor vs Nate Diaz III.