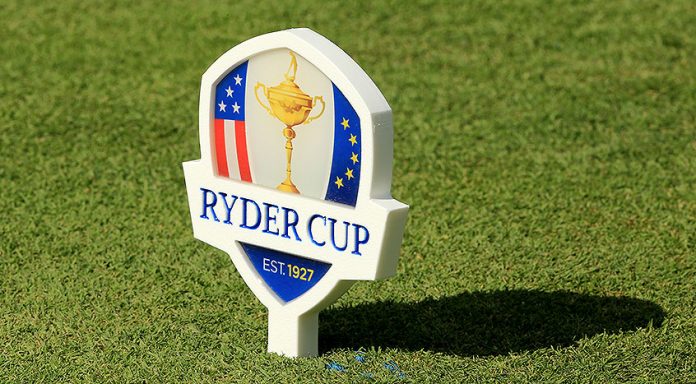 The 2016 Ryder Cup gets underway Friday, September 30 and will run through October 2, 2016 at Hazeltine National Golf Club in Chaska, Minnesota. The Golf Channel and NBC will televise the event live.

The 41st Ryder Cup is where the United States will look to end a long drought that has seen the team lose eight of the last ten, including the last three competitions. On paper, it appears that Team USA has the better team, but the Europeans thrive on being the underdog and often use that as motivation and more often than not, come out on top.

It won’t be easy for Team Europe as they have six rookies on their squad, compared to only two on the United States roster. In the past, Europe has dominated the team matches and built a comfortable lead heading into Sunday’s individual matches.

Team USA needs to stay even the first two days and keep the momentum going into the singles matches, which they usually dominate. We’ll take you through the latest golf odds for the 2016 Ryder Cup. It’s a great week to watch golf and root for your country.

Robert Trent Jones designed Hazeltine National Golf Club in 1962. He took the landscape and put a premium on shot values that makes low scores rare. His son Rees Jones used the routing and modified the course to test the best players of today.

It is a masterpiece with an old-school type feel, plenty of trees and well placed bunkers. It challenges every aspect of a player’s game. The course is a beast and perfect for the match play format.

Pars will win a lot of holes, and the finishing holes are second to none as far as difficulty, which will lead to some exciting finishes to the matches.

The Ryder Cup involves various match play competitions between players selected from two teams of 12. There are a total of 28 matches being played, all matches being over 18 holes.

On Sunday, there are 12 singles matches, when all team members play. Not all players must play on Friday and Saturday; the captain can select any eight players for each of the sessions over these two days.

The winner of each match scores a point for his team, with half a point each for any match that is tied after the 18 holes. The winning team is determined by cumulative total points. In the event of a tie, the Ryder Cup is retained by the team who held it before the tournament.

The line opened up with the United States as -115 golf betting favorites, and gamers are all on board with Captain Davis Love III’s team as the line has shot up to -190. Love also proclaimed that this is the best United States team ever put together. Love needs to quiet down, his comments may come back to haunt him by the end of the week.

The USA squad is led by Love III, and hopes to use its experience to fight off the youthful team from Europe. USA has two rookies, Brooks Koepka and Ryan Moore, and the rest of the PGA golf players have all played in at least one Ryder Cup.

Rickie Fowler was a captain’s pick and looking at his record, 0-4-4, I have to question Love’s choice. I mean, Bubba Watson was left off the team and he is the No. 7 ranked player in the world, or veteran Jim Furyk, who was one of the hottest players in the world this summer.

Maybe Love III knows something that we don’t, but Fowler is not playing up to his potential and has never tasted victory in any match he has played. Dustin Johnson, Jordan Spieth, Phil Mickelson and Patrick Reed have to come up big if the United States wants to win.

European captain Darren Clarke has his hands full with six rookies on his team. He will have to mix and match and ride his horses. Rory McIlroy, Sergio Garcia, Justin Rose and Henrik Stenson are probably going to play all the matches and are going to have to come up big if Europe wants to retain the Cup.

Also adding to Clarke’s decision-making is the recent play of Andy Sullivan and Chris Wood, both players are slumping and both will see limited playing time. It should be interesting to see how Clarke uses his squad.

Take the underdog! Every time you count out the Europeans, they surprise you and this year will not be any different. Europe wins, again.