Home Latest News Sports Betting: What To Bet On This Week (June 22-28) 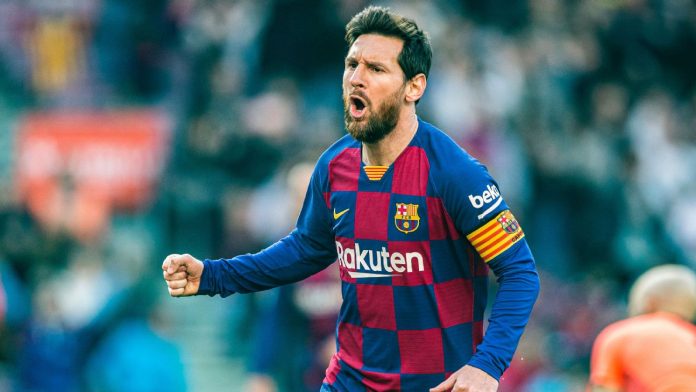 News headlines continue to deliver a dark prognosis for any full recovery from the COVID-19 outbreak. However, there are leagues around the world saying ‘we will not be kept down’. We started to see a break in the sports schedule with major European soccer leagues returning to the pitch. With its inherent physical distancing golf is the perfect game to combat the coronavirus. The PGA Tour gears up for its third tournament since rejoining the post-coronavirus lineup. We may not have a Major League Baseball season, but that doesn’t mean the sport has gone silent. Japan’s NPB is the third league on the diamond and the most prominent of the bunch. Take note MLB. Constants on the betting landscape are esports and simulated games with plenty of both on the calendar. Below are a few of the numerous wagering options available at online sportsbooks this week.

A thrilling Coppa Italia final last week led into the restart of Serie A over the weekend. Four of the top European leagues are now back on the pitch with soccer giving all sports fans something to be excited about. Germany’s Bundesliga has been operating for a month, La Liga has been at it for two weeks and the English Premier League resumed play recently. EPL matches dot the first four days of this week’s betting schedule with first-place Liverpool taking on Crystal Palace on Wednesday looking to clinch the EPL.

Coming off their penalty shot win in the Italian Cup final, Napoli’s first Serie A match of the restart goes down Tuesday against Hellas Verona in one of 11 matches scheduled during the week. With 30 matches played Real Madrid and Barcelona are tied atop the La Liga table with 65 points with both clubs in action during a packed week. A total of 11 matches will be played covering every day of the week. Top leagues from around the globe are also in action. Check out schedules and odds for all upcoming matches at BookMaker.eu.

The PGA Tour is making a comeback with events featuring a number of the best players in the world. The third tournament since the Tour rebooted with a revised schedule takes place this week in Connecticut at the Travelers Championship. We have yet to see Tiger Woods make an appearance since the Tour resumed. Many thought this week was the time but we will be Woods-less again. That doesn’t take away from the stellar field attacking the TPC River Highlands Course starting Thursday. Visit BookMaker.eu to check out the latest tournament and matchup odds and to place your wager.

Top Rank boxing continues its summer series with a pair of events this week featuring identical twins Andrew and Jason Moloney. They won’t be fighting each other, though. In the first men’s title bout since February, Andrew defends his WBA super flyweight crown against Joshua Franco in the main event of Tuesday’s five card ticket. With knockout wins in three fights since suffering his first professional loss, Jason, the WBO No. 2 bantamweight contender, enters the ring on Thursday against Leonardo Baez in a 10-round duel. Both events take place at the MGM in Las Vegas and can be seen on ESPN. Everything you need to place a wager on these fights is available at BookMaker.eu.

Nippon Professional Baseball in Japan became the third league to get started with the opening of the season last week. Meanwhile, we’re still waiting to see if MLB’s millionaire players and billionaire owners can agree on a start date for America’s pastime. The Korean Baseball Organization regular season continues on Tuesday with things tightening up at the top of the standings. Seven of the 10 teams have between 19 and 27 wins through Sunday’s games. First-place NC Dinos take on Doosan Bears in a three-game set beginning Friday with every game shown on ESPN. Oh, and they’re playing ball in Taiwan just in case you forgot about the Chinese Professional Baseball League. Betting lines and odds for this week’s games are available at BookMaker.eu.

While there continues to be a lull in sports, competitive gamers are always at it with online sportsbooks releasing odds for games and tournaments competing in the popular Counter Strike: Global Offensive. ESEA MDL Season 34 Australia continues with group stage games, as does Loot.Bet season 7. That just scratches the surface of what’s available to wager on. CS_Summit, ESL and We Play! are all in action. Gamers are also competing this week in DOTA 2, Overwatch, League of Legends, Call of Duty, and of course soccer. Check out the complete esports schedule and odds at BookMaker.eu when you’re ready to make a wager.

With the NHL and NBA confirming a return to play format and several major soccer leagues back in the mix, futures have surfaced at online sportsbooks. A comprehensive list of futures odds is available now at BookMaker.eu.