Home Latest News Sports Betting: What You Can Bet On This Weekend 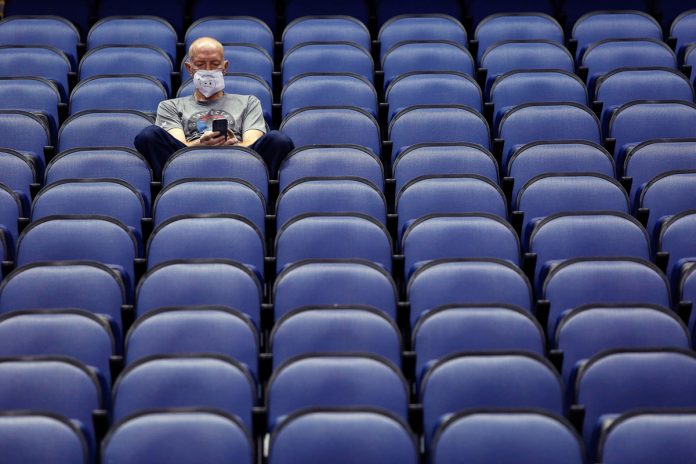 Wagering options at online sportsbooks are starting to increase with more sports getting up and running. Fans can say they are going to stadiums and arenas to protest since that seems to be an acceptable way to gather thousands of people without any repercussions from the “deadly” coronavirus. Political commentary aside let’s stick to sports since there is plenty of action ahead. NASCAR and UFC have been at it for a while and both are featured this weekend. There are 11 fights on the UFC Fight Night card with a women’s flyweight bout between Jessica Eye and Cynthia Calvillo the main event. NASCAR is in Florida for the Dixie Vodka 400. These are just a few of the wagering options available at online sportsbooks this busy weekend.

It’s back to the octagon on Saturday for UFC Fight Night: Eye vs. Calvillo. The main event on the 11-bout ticket is a women’s flyweight tussle between No. 1 ranked Jessica “Evil” Eye (15-1) and wannabe contender Cynthia Calvillo (8-1-1). Calvillo makes her UFC flyweight debut after missing weight in her last bout. A furious third round allowed Calvillo to earn a draw against Marina Rodriguez leaving her undefeated in her last three fights. Eye was destroyed by champ Valentina Shevchenko in a title fight last summer but bounced back with a unanimous decision over Viviane Araujo. Oddsmakers expect a close bout with Calvillo a negative odds underdog.

There should be fireworks in the co-main event. The middleweight bout between Marvin “The Italian Dream” Vettori (14-4-1) and Karl “Baby K” Roberson (9-2) has been scheduled a few times but never went off. Maybe this time the two can settle their differences. Vettori’s only loss in his last five fights was a split decision against current champ Israel Adesanya. Roberson shoots for his third straight victory. The prelims start at 6 p.m. ET with the main card at 9 p.m. ET with all fights on ESPN. Visit BookMaker.eu now for current odds on every bout and to place your wager.

The return of major European soccer leagues is a sign that things are starting to return to normal. Sevilla beat Real Betis 2-0 in the first La Liga match in three months. The season returns full throttle this weekend with seven matches on the docket. First place Barcelona takes on Mallorca in one of four Saturday tilts. Second place Real Madrid tangles with Eibar in the last of three Sunday matches. Bundesliga got the ball rolling by starting play last month. The season plods along with 16 of the 18 teams in action this weekend. Coppa Italia has resumed ahead of the Serie A restart for Italy’s finest. Top leagues from around the globe are also in action. Check out schedules and odds for all upcoming matches at BookMaker.eu.

The busy post-coronavirus NASCAR Cup Series schedule continues Sunday with the Dixie Vodka 400 from the Homestead-Miami Speedway in Florida. Coming off his first win of the season Martin Truex Jr. opened as co-favorite along with Kevin Harvick at online sportsbooks. On a track that’s yielded him a victory and two second-place finishes in his last three starts Truex aims to become the first repeat winner this year. Hmmm, I wonder what the winner gets from the title sponsor. Visit BookMaker.eu for a complete updated odds list and to place your wager.

While Major League Baseball and the players association continue to squabble over a potential restart, the game is thriving in South Korea and Taiwan, the only two countries currently playing the game. The NC Dinos took two of three from Doosan Bears to increase their lead in the standings. NC and Kiwoom square off this weekend, part of a full slate of action. ESPN continues its promotion of the KBO with two live telecasts. On Saturday at 4 a.m. ET the Kia Tigers play SK Wyverns. On Sunday at 4 a.m. ET it’s KT Wiz against Samsung Lions. BookMaker.eu has lines and odds for every matchup.

A burst of excitement overtook the sport with a number of tracks reopening for business recently. The enthusiasm continues leading up to the Belmont Stakes and Royal Ascot. Now is a good time to practice handicapping skills with a full schedule of weekend races at Santa Anita Park, Belmont Park, Churchill Downs and Gulfstream Park among others. France recently lifted its ban with a number of tracks running this weekend. Check out the racebook at BookMaker.eu for post times and betting odds.

Competitive gamers were playing before the pandemic and they’ll continue to play once a sense of normalcy returns. In the meantime they’ve provided plenty of excitement on the betting front. Counter Strike: Global Offensive is one of the most heavily bet games in esports with oddsmakers releasing odds for league’s competing this weekend. Dreamhack Masters, ESL, the Winners League and Home Sweet Home are a few. Gamers are also competing in DOTA 2, Overwatch, League of Legends, Call of Duty, and soccer. Check out the complete esports schedule and odds at BookMaker.eu when you’re ready to make a wager.

With the NHL and NBA confirming a return to play format, and several major soccer leagues back in the mix, futures odds have surfaced at online sportsbooks. A comprehensive list of futures odds is available now at BookMaker.eu.