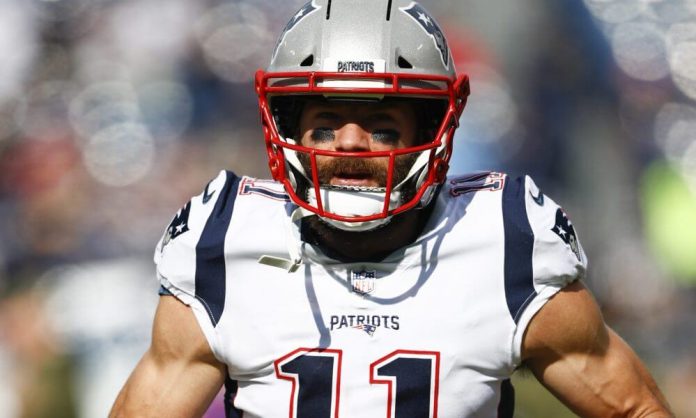 The New England Patriots and Los Angeles Rams are just days away from facing off in the Super Bowl. The two teams boast a pair of dominant offenses and there could be plenty of touchdowns scored in this matchup.

The Patriots are the small favorite to win this game, and the scoring total is currently being pegged at 56.5 points. In addition to the standard wagers, there will be myriad prop bets available to wager on in this matchup.

One of the most intriguing every year asks which player will be the first to score a touchdown. It’s not easy to identify the player because there are myriad weapons which would end up in the end zone before anyone else. However, correctly choosing this wager would pay off handsomely. Odds courtesy of Bookmaker.eu:

The favorite to score the first touchdown of Sunday’s Super Bowl is Rams running back Todd Gurley. He did not play much in the NFC Championship game but was a touchdown machine in the regular season. Gurley’s odds are listed at +652. Patriots running back Sony Michel isn’t far behind, listed at +704 odds. The Rams signed running back C.J. Anderson late in the season and he has been thrust into a large role. Therefore, he has some of the best odds at +854.

Patriots tight end Rob Gronkowski has the best odds among the pass-catchers, listed at +906 odds to score the first touchdown. Teammate Julian Edelman has odds of +1009. Rams wideout Brandin Cooks and Patriots running back James White are both listed at +1212. Los Angeles wideout Robert Woods’ odds are set at +1264.

A wager that is gaining momentum is New England running back Rex Burkhead at +1622 odds. He scored the game-winning touchdown over the Chiefs and may be used in short-yardage situations. New England receiver Chris Hogan has +2034 odds, while the Los Angeles trio of Tyler Higbee, Gerald Everett and Josh Reynolds all comes in at +2228.

Cordarrelle Patterson is a multi-dimensional threat for the Patriots and is listed at +2551, while teammate Phillip Dorsett comes in at +2551. The quarterbacks are longshots to score rushing touchdowns, as Jared Goff and Tom Brady both come in at +5000. So, too, do Dwayne Allen, John Kelly and KhaDarel Hodge.

Those are the players listed for the prop. Any other player comes in at +754. No touchdown in the game is an extreme underdog at +25000.

Our Pick: Julian Edelman to score the first touchdown of the Super Bowl at +1009 odds

Reason: The Patriots are used to the big stage and figure to start quickly. It doesn’t make sense to choose a New England running back considering how much it spreads the ball around in the backfield. Edelman is a reliable target for Brady in the red zone and is the choice to score the first touchdown of the Super Bowl.

The odds of the slot receiver scoring are good. Edelman missed four games during the regular season but still finished with six touchdowns in 12 games. Edelman isn’t a deep threat, so the best-case scenario would be for the Patriots to get near the end zone but far enough away where a pass makes sense. If that happens, Edelman should be in good shape to haul in the first score.