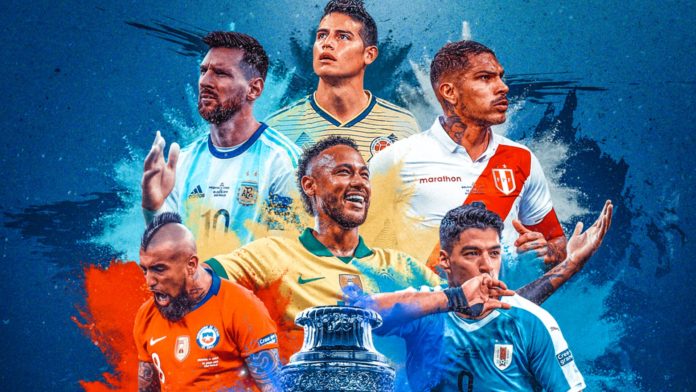 As the football season draws to a close, most fans and gamblers look forward to the Copa America Tournament holding during the season break. The anticipation buildup is even increased greatly after Covid-19 prevented the tournament last year and there are currently several tips flying around. Let’s take a look at some betting tips for Copa America 2021.

An overview of the tournament

The tournament is slated to kick off on the 11th of June and run till the 11th of July, spanning exactly a month. Although Brazil is the current holder and resembles the favorite, the fact that the tournament is hosted by a joining partnership between Argentina and Colombia, places serious doubts on Brazil as favorites.

With this, Argentina is more likely to clinch the trophy within the 15 games due to home advantage. However, we can’t outrightly say so as we have to look at head-to-head matches and other statistics.

What are the teams competing at the Copa America 2021?

There are twelve teams who would be competing for the trophy at the end of the tournament. Brazil is certainly among the first participants owing to them being current titleholders, while Argentina and Colombia are co-hosts, therefore sealing their place in the tournament. These teams are joined by Ecuador, Peru, and Venezuela, along with Qatar being the invited team in the South.

For the North Zone, Argentina would battle it out with fellow South Americans including Uruguay, Chile, Paraguay, and Bolivia. Australia is the invited nation among the North zone.

There is no shortage of sites and bookmakers for sport betting in Chile, Brazil, Argentina, and virtually all other South American countries. The major problem instead would be in choosing the one that offers the best odds.

As a guide, here are a few questions that would help you get insight regarding what to bet on in Copa America 2021:

Who will win The Top scorer?

The top scorer award is certainly among the most prestigious prize come the end of the tournament, both for players and gamblers. Every bookmarker will place good money to price up the market for the Golden boot. A good tip would be to bet on which player will score the most goal in the tournament.

Who wins the tournament?

This is a hard one to say as there are several strong contenders. Currently, Brazil and Colombia are leading the market, but things could change. Also, from experience, it is good to look beyond the so-called “big team” tag as there have been a couple of unexpected winners in recent times. Your best move would be to place an each-way bet on the promising teams.

In-play games appear to be a good deal for those who like it fast and furious. In this mode, the odds are constantly changing, blowing the opportunities wide open for anyone looking to win big. However, as a safety net, you should place a pre-match bet ahead of going in-play mode. Other high winning areas you can bet on during the tournament are:

The Copa America 2021 tournament comes with several opportunities to win big. Take advantage of these opportunities and play smart.