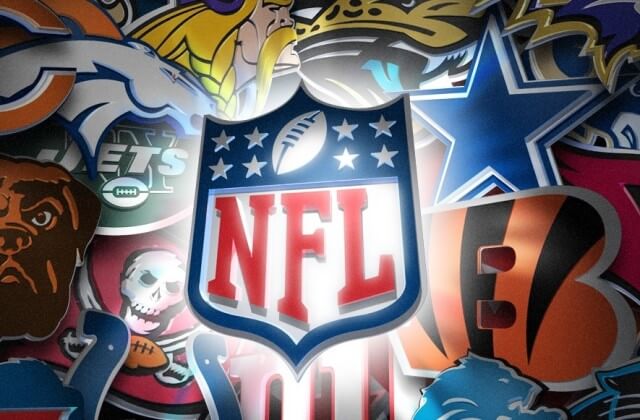 The Los Angeles Rams and Minnesota Vikings began Week 4 in a shootout at the LA Coliseum. The scoring total was high and the game still went OVER easily in an entertaining shootout.

That was the first game of the week and another example of all the high-octane offenses that are currently dotting the league. That firepower is something to keep in mind when the scoring totals are dissected heading into the rest of the slate of games on Sunday and Monday.

Here is a look at some of the best total plays in Week 4 of the NFL regular season. All odds are provided by Bookmaker.eu.

The New England Patriots are only 1-2 on the season and the offense has been clunkier than usual. The Miami Dolphins are a surprising 3-0 on the year and could really turn some heads with a win. The scoring total is 48 points in this matchup. Look for the Patriots to get back on track. The “over” is the choice as New England is going to put up some big numbers.

The Houston Texans head to Indianapolis for a matchup against the Colts. The scoring total is 47 points but that seems high. Indy quarterback Andrew Luck does not look 100 percent with his shoulder while Texans quarterback Deshaun Watson is struggling. The “under” is the pick.

The Buffalo Bills head to Green Bay to face the Packers. The scoring total is interesting. It is listed at 45 points. The Bills’ offense looked really good last week in Minnesota but it seems unlikely that happens again. Look for Buffalo to lay and egg which will contribute to the “under” hitting in this matchup.

The New York Jets are hitting the road to face the stingy Jacksonville Jaguars this week. The scoring total is set low at 38.5 points, which isn’t a surprise. Look for the Jaguars’ defense to dominate, and by forcing multiple turnovers they will give the offense the ball in great field position. The Jacksonville defense will probably score a touchdown itself, too, to help the “over” hit.

The New Orleans Saints are facing off against the New York Giants. The Saints have a dynamic offense but it’s not always as potent on the road. The scoring total is set at 50.5 points. The Giants don’t have a super explosive group and wouldn’t mind keeping the pace slow. New Orleans will have some hiccups and the “under” will be the right bet.

The “Monday Night Football” matchup is an intriguing one. The Kansas City Chiefs have one of the most explosive offenses in the NFL but have to hit the road to face off against the Denver Broncos and their stingy defense. The scoring total in this one is listed at 55.5 points. While Patrick Mahomes has been fantastic early in the year, the Kansas City quarterback may have a little bit of trouble in this one with Denver’s pass rush. The Broncos offense is not explosive so they won’t score a bunch. The “under” is the pick for this matchup.

The best bet on the scoring total of Week 4 resides in the Buccaneers-Bears game in Chicago. Tampa Bay has been great offensively through the first few weeks but is facing off against a good Bears defense. Additionally, Chicago is going to shorten the game by running the ball and using short passes.

The scoring total is listed at 46.5 points because the Buccaneers know how to get big chunk plays, but look for the Chicago defense to hold tough. The “under” is the pick and is the one bettors should take.