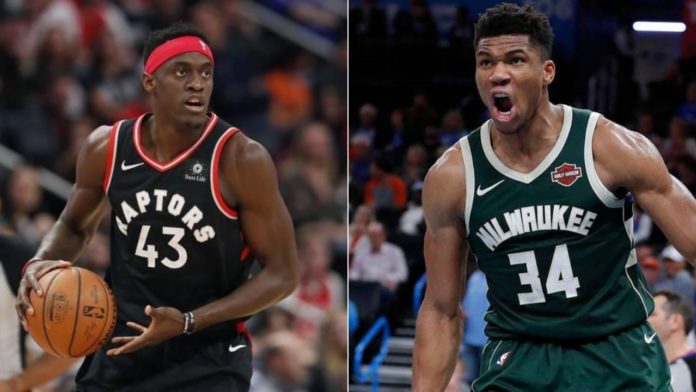 Eastern Conference rivals meet for the second straight game when the visiting Toronto Raptors go for the sweep against the Milwaukee Bucks on Thursday. Toronto snapped a two-game losing streak taking the opener 124-113 handing the Bucks their fourth straight setback. We haven’t seen Milwaukee lose four in a row during the regular season in three years. While the Bucks are still a legitimate contender for the East crown the Raptors are trying to make some noise by winning six of their last nine games to get within two games of .500.

Thursday’s game will air live on TNT with tip off at 7:30 p.m. ET from Fiserv Forum in Milwaukee, WI. BookMaker.eu will have betting options for every game on the NBA schedule.

It’s been a roller coaster season so far for Toronto, which has yet to reach the break-even point at any time. The Raps started the campaign losing six of their first seven going 1-6 ATS and have been playing catch-up ever since. They are nowhere near the team that won the NBA title just a few seasons ago, but they have enough pieces in place to contend for a playoff spot. Playing on the road is nothing new for the club since it moved operations to Tampa due to Canada’s border closing over COVID. Thursday’s game is their eighth away contest in the last nine games and they’ve gone 5-2 SU and ATS in the first seven. Overall the Raps are 13-15 SU and 12-16 ATS.

We haven’t seen the Bucks endure a losing streak of this magnitude in a few years, but it’s something that hasn’t got them too concerned yet. For them it’s more about playing their best basketball when it matters most – during the playoffs. Sporting the best record in the NBA the previous two seasons hasn’t even gotten Milwaukee to the NBA Finals. It is alarming that the Bucks fell off a cliff after looking unstoppable during a recent five-game winning streak that preceded the skid. They won each of those games by at least 18 points with an average margin of over 21 points per game going 5-0 ATS. It’s just a matter of time before the Bucks get back to that style of play, which has defined them under Mike Budenholzer.

Beating the Bucks is nothing new for the Raptors, who have gone 6-3 SU and ATS in the last nine matchups. They won four straight to claim the 2019 Eastern Conference title and showed they still have the makeup of a winner with Tuesday’s 124-113 triumph. Getting another win could be more difficult if Kyle Lowry doesn’t play. The veteran guard exited the previous game with an ankle injury in the third quarter after compiling 18 points, six rebounds and six assists in 22 minutes.

With Lowry on the bench the Raptors never let up. Fred VanVleet picked up the slack offensively scoring 33 points. “Something I’ve tried to do is increase my level of play when he’s out. I thought the entire team just picked it up a notch when he went down,” VanVleet said. The Raptors were bolstered by the return of OG Anunoby, who had 13 points and seven rebounds after missing the previous 10 games. The Raptors are an efficient offensive team which has allowed them to cash the OVER in eight straight road games.

Should the Bucks be worried about their current slide? According to Giannis Antetokounmpo they are frustrated, but “it’s not the end of the world right now.” I guess that’s a good attitude to have considering the length of the season and the struggles that come with it. Besides, the East is jam-packed with the top 11 teams all within 6.5 games of each other. And despite their recent slide the Bucks have the third-best record at 16-12 and are just two games behind Philadelphia for the conference lead.

Offensively the Bucks are just fine. They average over 120 points with Antetokounmpo leading the way with 28.2 points per game. They are extremely efficient shooting the basketball knocking down nearly 50 percent of their field goals and 39.8 percent of their triples. The problem has been defending where the Bucks allow 113 points per game. Over bettors have made a killing recently with the OVER going 8-2-1 in the Bucks last 11 games. They’ve been hampered by the absence of Jrue Holiday, who has missed the last five games due to COVID protocols.

A run of eight straight home games is the perfect time for the Bucks to work out the kinks. Things didn’t go smoothly in the opener of the homestand, but I expect them to get back to work doing the things that make them who they are, and the Raptors are just in the way in this matchup.