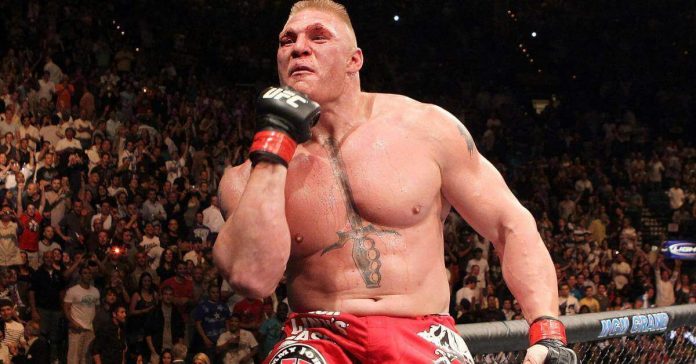 Former UFC Heavyweight Champion and current WWE wrestler Brock Lesnar will make a return to the Octagon at UFC 200 on July 9 against Mark Hunt who is 12-10 in his MMA career.

Fight odds opened with Lesnar as the favorite at -200 and Hunt the underdog at +175. After what must have been some serious betting action, the odds quickly moved to Lesnar at -115, Hunt +105. The action continued to roll in on Hunt until the UFC 200 odds completely crossed over, with Lesnar becoming a +175 underdog and Hunt as a -200 favorite.

As fight day approaches, we expect to see even more line movement on the UFC predictions and props.

Does Brock Lesnar Stand a Chance?

Lesnar went 4-3 in the UFC from 2008 to 2011, but he was beaten badly in his last two fights against Cain Velasquez and Alistair Overeem. Lesnar’s last appearance was in the No Holds Barred Street Fight at Wrestlemania 32 where he defeated Dean Ambrose. Although he’s still under contract with the WWE, this big money opportunity to return to the UFC for this one time fight was too attractive to turn down.

Mark Hunt is 12-10-1 in his MMA fight career and is currently ranked number 8 in UFC Heavyweight rankings. He has won seven of his last eleven fights.  He is known as “King of Walk-Offs” by walking away and stopping attacks before the referee officially ends the match. When asked about his game plan against Lesner, Hunt said, ‘He [Lesner] comes in like a crazy man and then I put him to sleep’.

Here are the UFC betting odds as of July 4, courtesy of Bovada.lv.

Fight to Complete 1 Full Round

Will the Fight Go the Distance?

(Odds as of July 4th at Bovada)

Who are the UFC underdogs to watch this year? Check out UFC Betting: Underdogs With Value