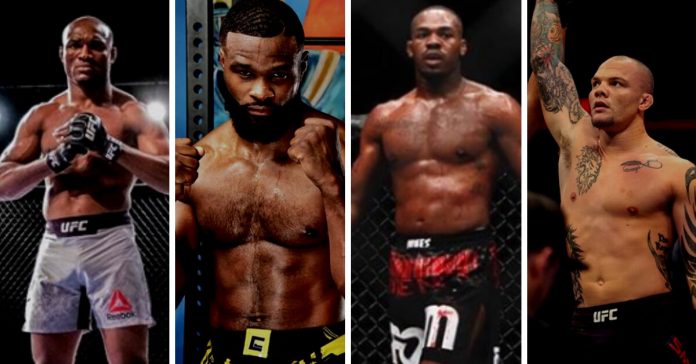 Ready for the 2019’s first can’t-miss card? Because this Saturday, we’ve got a card that’s loaded from top to bottom with everything a fight fan wants: two title fights, one featuring the MMA GOAT and the other chasing an MMA great. The long-awaited debut of arguably the best fighter outside of the UFC. Stud prospects, former champs and action fights galore.

You know the main cast by now: Jon Jones, Tyron Woodley, Ben Askren, Cody Garbrandt, Tecia Torres – all on the main card. On the prelims, the presence of Zabit Magomedsharipov, Ovince St. Preux and Diego Sanchez serves as an appetizer that could function as a sick Fight Night. Only a few times a year do you get a night so loaded that there are must-watch fights on the prelims.

Obviously, there’s a lot to get to here, so let’s jump right into some betting picks, courtesy of the UFC odds at BookMaker.eu. 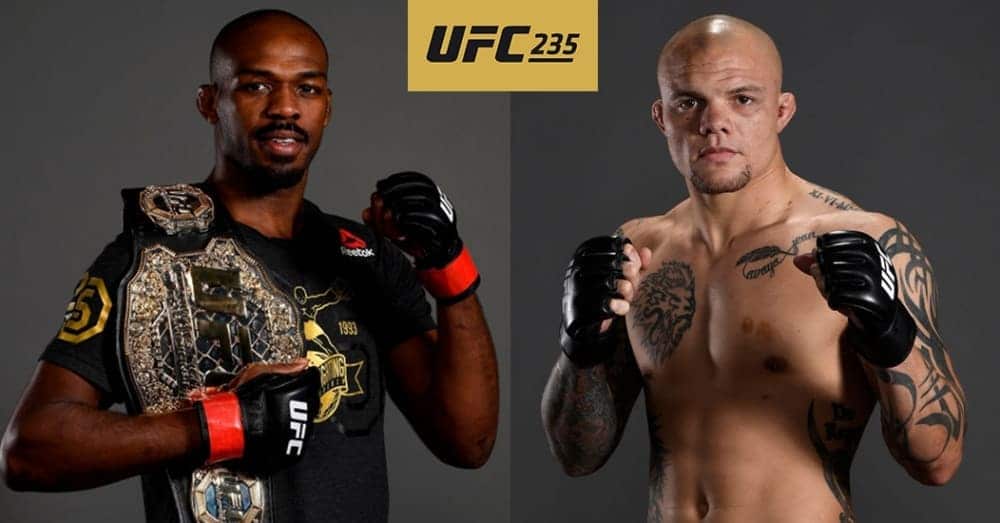 Fun fact: Jones has never been a bigger favorite, which is just crazy when you consider how dominant he’s been (when active). Not even 2013 when he fought Chael Sonnen, an upjumped middleweight fight on short notice. Online sportsbooks opened with Jones at -755 back in January, and since then his price has nearly doubled at some points to -1400.

What gives? This is a new version of the champ: Motivated Jones. Motivated Jones is part of the Not Fu*king Around crew – he’s lost chunks of his prime years and millions of dollars in the process. Most importantly, Motivated Jones is finally making good on the most talented set of physical gifts the MMA world has ever seen. No more yayo in the club. No more speed-racing pregnant women. All training, and a focused mind. Maybe there’s a picogram problem, but the UFC is deciding to overlook that in hopes of getting a star back on track.

No disrespect to Smith, but there were plenty of people that were like “huh?” when it was announced he’d fight for the title. Sure, he’s ranked No. 3 at light heavyweight, but that’s not saying much in a thin division. Basically, Jones wanted to fight again soon, and Smith was the highest ranked guy available.

Cherry Pick: Parlay Jones to win inside the distance -475

Jones to win straight up is not a needle-mover, even as part of a parlay. Remember, this is Motivated Jones we’re talking about: the better he looks, the more attention he gets. That means finishes. Considering how much better he is than Smith every MMA skill, getting a finish is pretty much a given.

Smith has never had strong takedown defense, and now he’s going up against a Greco-Roman ace. If this goes to the ground, there’s a great chance that he locks in a choke or torques a limb to a tap. Take a small shot on this prop. 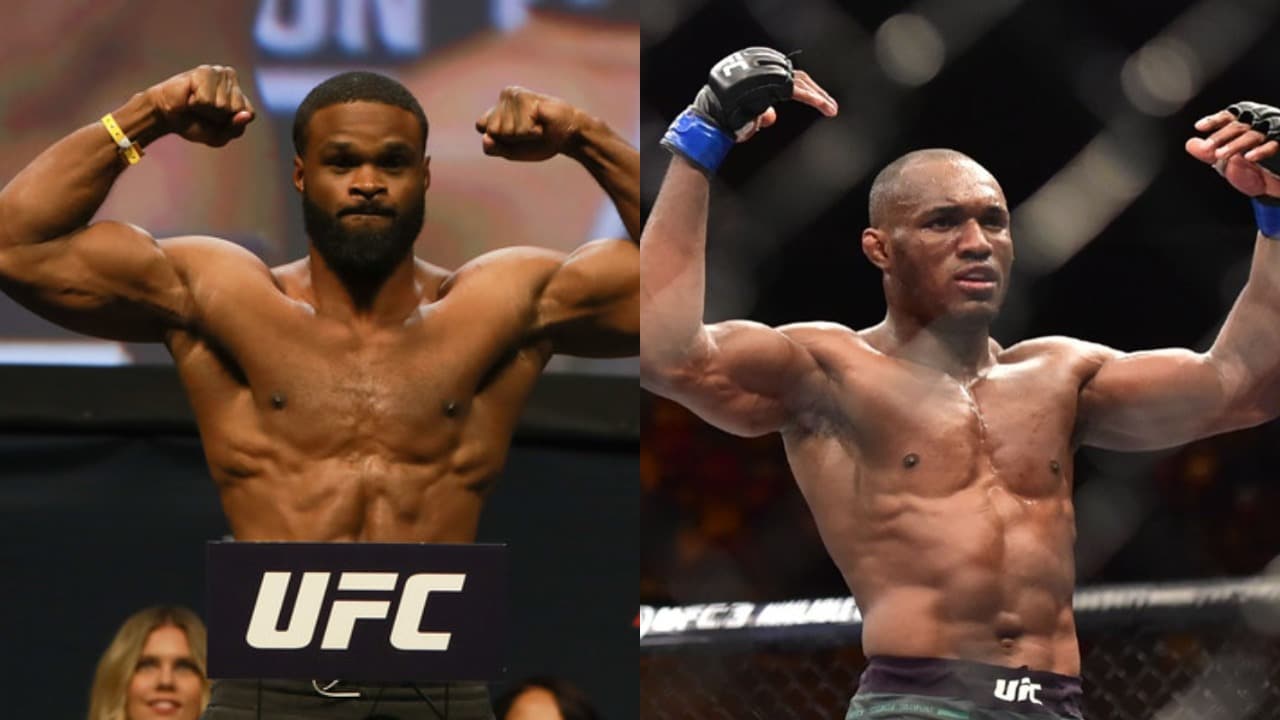 There always seems to be a good reason to pick against Woodley: whether it’s his gas tank, low output or passivity, opponents seemingly have a few weaknesses they can target. It’s time to stop talking yourself into betting against him. The welterweight champ is a master of shutting down his opponent’s gameplans; sometimes it’s boring AF, other times it means a quick knockout.

Case in point: Woodley was content to just stuff takedowns against Demian Maia for five rounds. Against rhythm fighters in Lawler and Till, Woodley rushed out and brought the heat before the strikers found their groove. In two fights against Stephen Thompson, Woodley did just enough to not lose.

Usman’s an interesting because he’s a powerhouse wrestler, but you know who’s really, really good at wrestling too? Woodley. When’s the last time you seen him taken down? If Kamaru’s forced to strike, he’s outmatched by one of the most explosive strikers in the division.

This is a fair price: it’s not going to be an easy fight, but Woodley has the weapons to stop Usman’s strengths and exploit his weaknesses.

Watch for that big overhand right – Usman’s aggressiveness could lead him right into Woodley’s killshot. 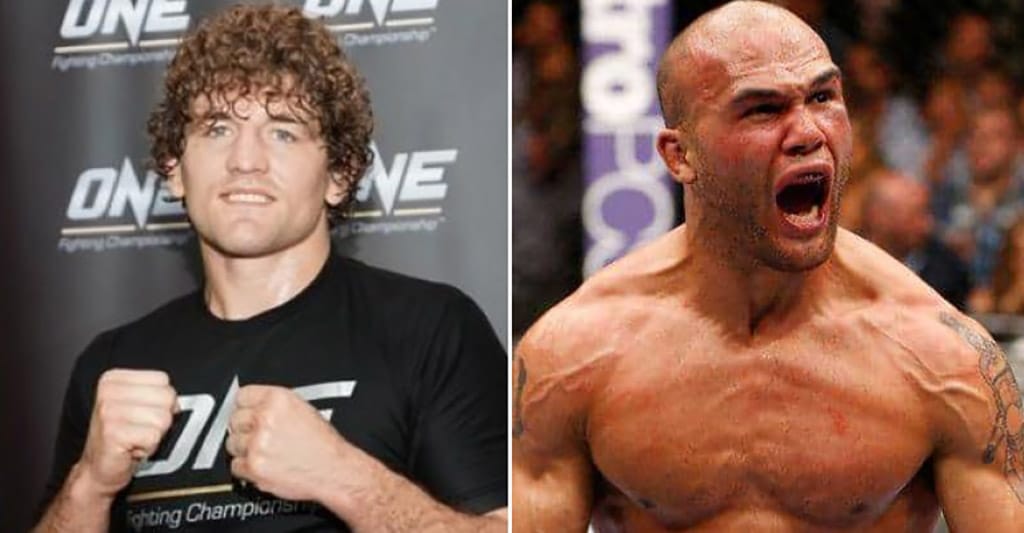 Oddsmakers really love wrestlers, so we’re not shocked that the former UFC champ is such a big underdog here. Robbie’s a good sprawl-and-brawler, but Askren is a two-time NCAA champ and an Olympian in freestyle wrestling. Anybody hoping for another classic Lawler slugfest is going to be sorely disappointed.

The former Bellator and One FC champ been talking a lot of trash ever since he’s signed, gunning for fights with guys like Khabib and GSP. Always very aware of how he’s perceived, Askren has to know that anything less than a solid win is going to hurt his standing in the UFC. The only thing going against him? He’s already 34 and is coming out of retirement to see how he does in the world’s toughest MMA organization.

We love Lawler as a fighter, but Askren is a bad smother-shut-yo-mouth. “Ruthless” might be able to stop one or two takedowns, but not the third, fourth, fifth, sixth…

If Lawler spends a bunch of time on the mat, Askren’s funky folkstyle wrestling is going to drain that stamina meter quick. Of Lawler’s 12 losses, 5 have come by submission.

Weili Zhang might have a sweet 18-1 record, but who has she fought? Torres has fought nearly every elite strawweight in the world, and she’s always acquitted herself against the best. The Tiny Tornado just doesn’t lose to non-title contenders, and we don’t consider Zhang to be one right now.

Is Cody Garbrandt the new Mike Perry? We’re about to find out. For now, let’s just remember how he was slaughtering the bantamweight division before running into TJ Dillashaw. Munhoz is a good fighter, but his ceiling is nowhere near as high.

It’s hard not to jump on Zabit Magomedsharipov’s hype train, but he’s taking a huge step up here. Jeremy Stephens has faced pretty much every flyweight contender out there, and he generally does pretty well. This is not the matchup for the Russian to try and style, as his opponent is great at turning fights into junkyard scraps. Well throw a small bet on the current price.

Check out the latest UFC 235 betting odds for today.