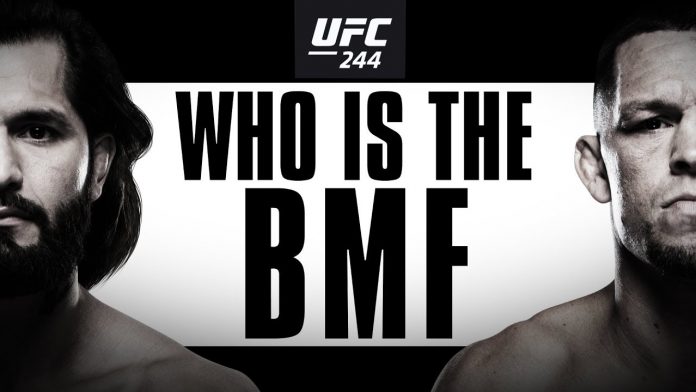 The Bad Motherfucker Title is a real, actual belt that cost $50,000 to forge. West Coast Gangster Nate Diaz actually spoke it into existence, and he’ll be fighting for it against Dirty South Gangster Jorge Masvidal at Madison Square Garden this Saturday.

It feels gimmicky. It is gimmicky. But it’s still pretty damn cool, and it’s hard to think of two badder mofos than Diaz and Masvidal. Any hope for glorified street beef was quickly squashed though – it’s clear that these two respect the hell out of each other. Game recognize game.

But this is more than just a fun fight – it’s an important one as well. Masvidal is the No. 3 fighter in the division, and he’s never been more popular after nearly two decades in the fight game. Diaz is one of the UFC’s biggest superstars, a guy who gets booked on Jimmy Kimmel, and at that level beating a top 5 guy opens up all sorts of opportunities.

Any card at Madison Square Garden has got to be big, and the UFC is making sure to stack this pay-per-view lineup from top to bottom. Serving as the appetizer courses to Diaz-Masvidal: Darren Till’s middleweight debut against Kelvin Gastelum. Light heavyweight uber prospect Johnny Walker gets a prove-it match against Corey Anderson. Wonderboy Thompson and Vicente Luque is a banger. And Derrick Lewis is always good for a memorable moment, whether inside the cage or on the mic.

This is one of the biggest cards of the year, which means a ton of action in the online sportsbook. Let’s go over the UFC odds at BookMaker.eu and break down your best betting picks. Reminder: Live UFC betting at the online sportsbook lets you make bets during any of the fights on real-time line updates. 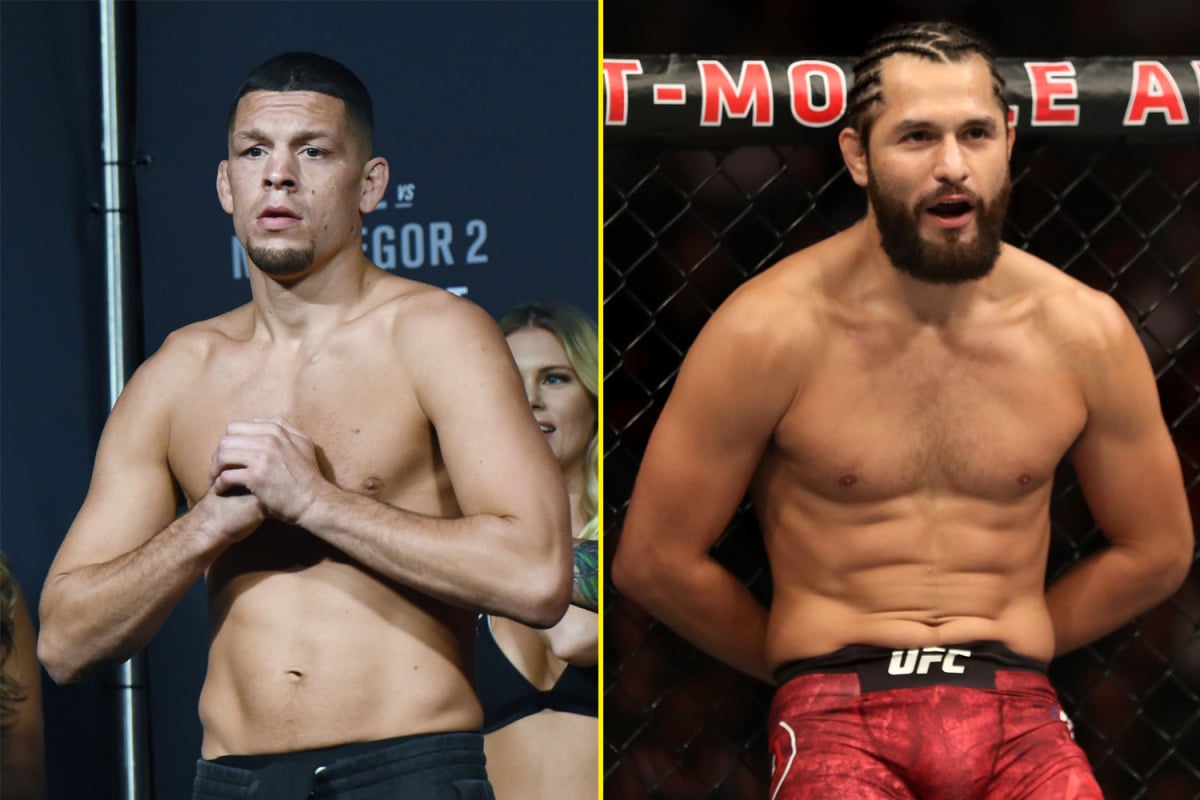 Diaz is a cardio machine, has an iron chin, can box like hell and rocks a Cesar Gracie black belt in BJJ. But what really makes him special is his ability to get inside his opponents’ heads and force them into high-speed slugfest that they just can’t handle. Cowboy Cerrone and Michael Johnson both fell victim to his mind games and lost winnable fights.

But it’s hard to see Masvidal fighting for that. I’ll go one step further and say that Diaz won’t even try. Gamebred is one of the savviest fighters in the game, always coming with the perfect gameplan and making midfight adjustments as needed. While Diaz can make minor changes in his offensive style, Masvidal is a true chameleon inside the cage – and he’ll never be forced into a brawl.

Diaz might be a top fighter, but the truth of the matter is that he has clear holes in his game (cough leg kick defense cough). In a 25-minute scrap, Masvidal is too smart and skilled not to find a way to exploit them.

The Baddest Moth3r F@ker Fight is on #UFC244
Per (@danawhite) 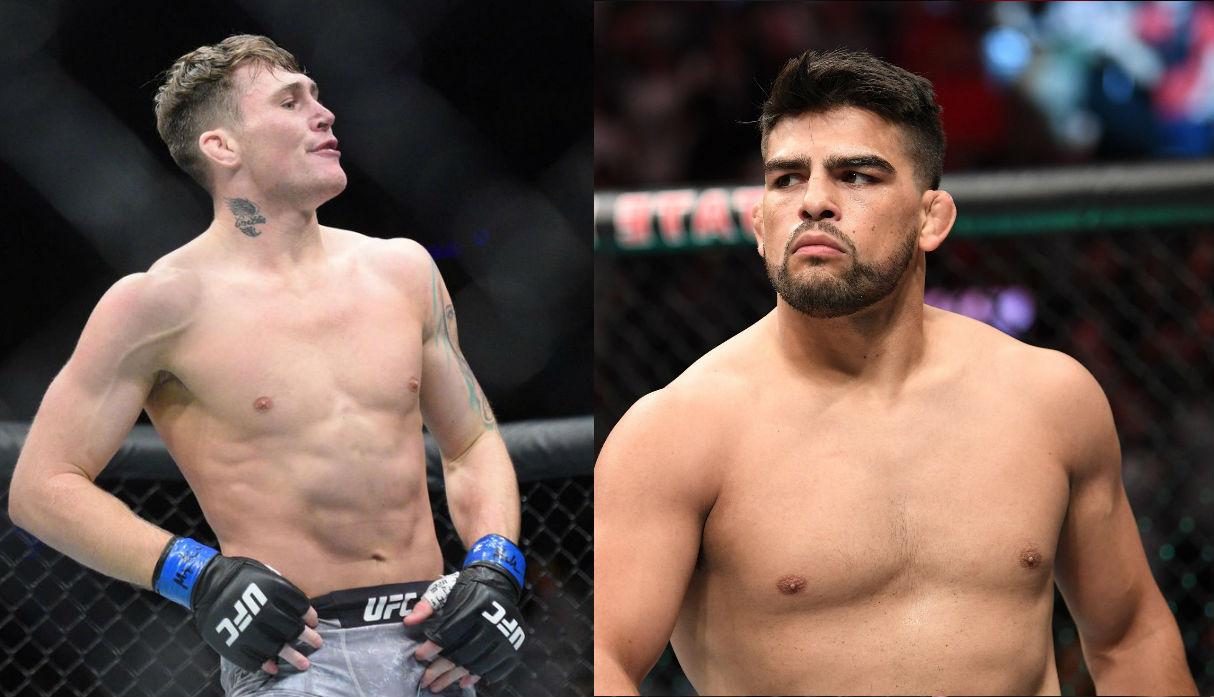 Gastelum made the move from a normal-sized welterweight to a small-ish welterweight. But Kelvin’s speed has been a true difference-maker at 185 pounds: regularly fighting guys 3-4 inches taller than him, the 28-year old weaves into the pocket and unleashes fast, powerful and accurate combinations.

Till goes from being a massive welterweight to a normal-sized middleweight, so he’ll be the bigger guy here. But it’s doubtful he’ll be able to bully Gastelum, who never stops coming forward. In fact, this is a terrible style matchup for him, as both Woodley and Masvidal showed that he doesn’t respond well to pressure – the former pro kickboxer needs space to do his best work.

While we give The Gorilla credit for jumping straight into the frying pan, he’s going to have major issues here. Gastelum walks straight into the pocket and gets to work. We’ll give Till some respect here, as moving up in weight should theoretically help his cardio and durability – he should be able to make it to the cards in a three-round fight.

Vicente Luque is lowkey one of the most exciting fighters at 170 right now, but Thompson has this weird skill of making striking battles boring. Don’t be surprised if his points karate style muffles Luque’s high octane offense. Luque has destroyed low-to-midtier welterweights, but against guys like Bryan Barberena, Mike Perry and Leon Edwards, he struggled to inject enough chaos against more disciplined fighters. Wonderboy is disciplined almost to a fault.

It’s impossible not to get excited about Johnny Walker – there aren’t that many young prospects at 205, and the Brazilian is a massive 6’5” with ridiculous athleticism. Three UFC fights have led to three spectacular knockouts, jacking the hype train to ludicrous speed. But his grappling is a complete unknown, and Corey Anderson is going to give him a serious Wrestler Test. Taking the seasoned vet against a super-hyped striking prospect is a smart play.