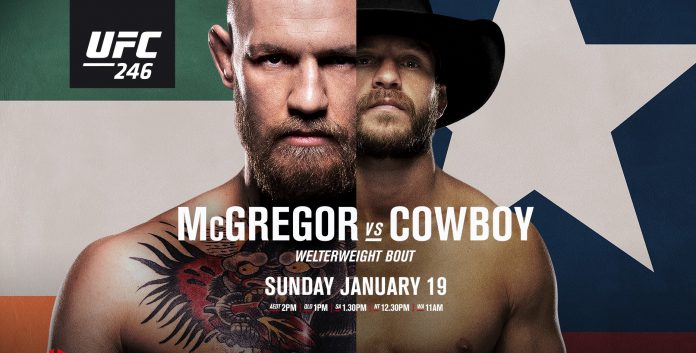 Conor McGregor – and the UFC – have big plans for 2020, starting this Saturday in Las Vegas. MMA’s biggest superstar has set lofty goals for the year, stating his desire to retake the lightweight belt, seize the BMF title and snag the 170-pound strap while he’s at it.

Ironically, “The Notorious” one isn’t really talking much about his main event opponent, Donald “Cowboy” Cerrone. Which is kind of funny, considering that Cowboy has the most victories in UFC history. He’s a star in his own right, and a dangerous one at that.

The All-Time Leader in:

But the consensus on MMA forums, and in online sportsbooks, is that this is a tuneup fight for the Irishman. After all, it’s been over three years since the 31-year old has had his hand raised. We last saw him in action getting smothered by Khabib Nurmagomedov, and before that he was TKO’d by Floyd Mayweather in the boxing ring. His sheer starpower allows him to cut lines, but it gets tougher to justify without wins.

Beating Cowboy doesn’t mean what it used to, especially since he comes into the contest with back-to-back losses. Still, he’s not that far removed from a three-fight win streak over Mike Perry, Alex Hernandez and Al Iaquinta. And his recent defeats came against two of the best three lightweights in the world. Cowboy might be past his prime, but he’s nowhere near finished.

As with any McGregor fights, there are a ton of bets you can make in the online sportsbook. Let’s check in with the UFC odds at BookMaker.eu and break down the best values. We’ll also make a few quick picks for the bigger supporting scraps. Live UFC betting is available if you want to wager on real-time line updates on any fight on the card. 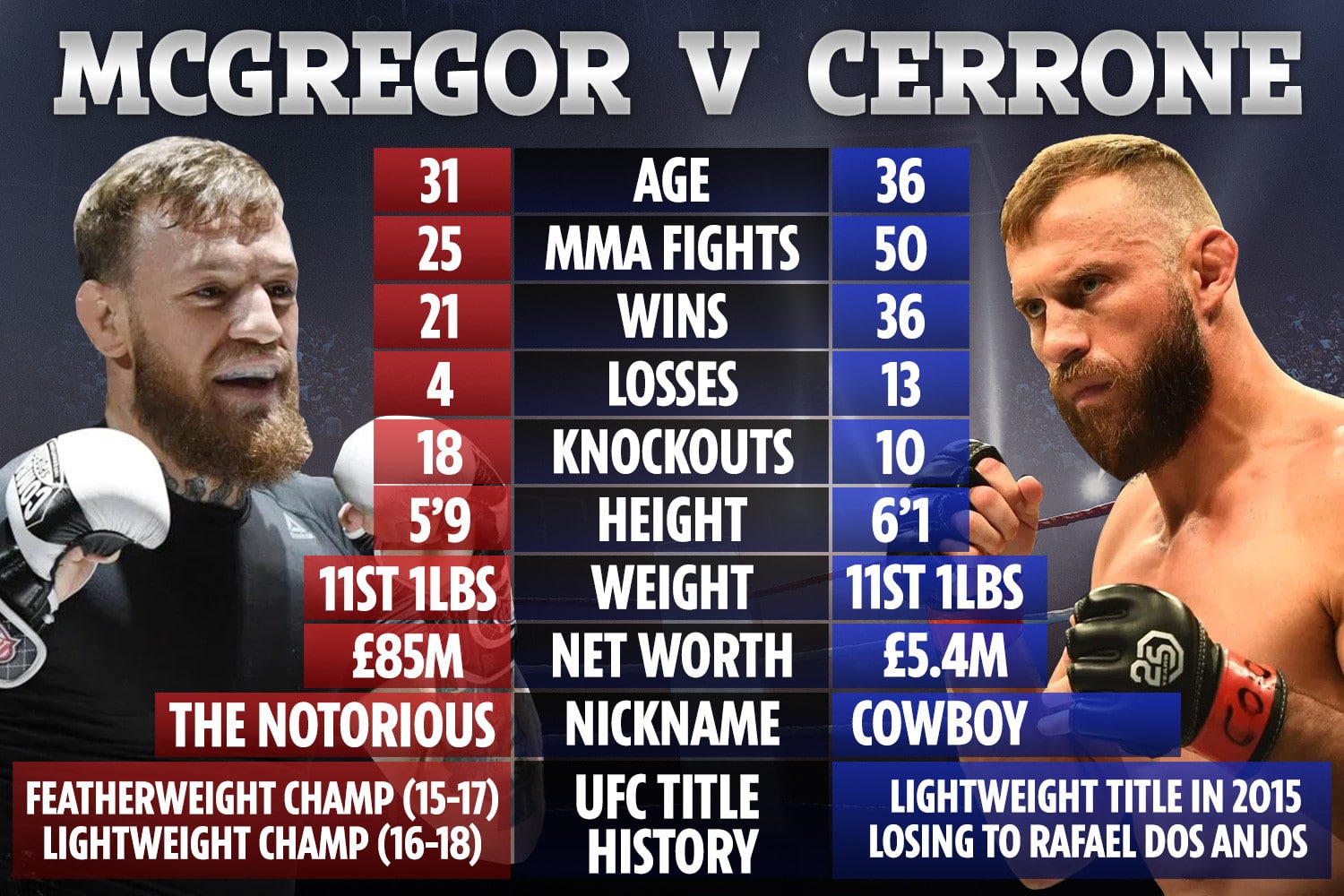 Prop Bets to Keep an Eye On

McGregor wins inside the distance -220

Cerrone wins inside the distance +390

Online oddsmakers see the same thing that longtime fans do: this is a bad matchup for Cowboy. He doesn’t do well against southpaws, struggles under pressure and suffered serious beatdowns from Ferguson and Gaethje. McGregor is an aggressive lefty with killshot power. We’ve seen him drop dudes with a single punch, and it doesn’t even look like he’s swinging that hard.

Cowboy is a gangster, but there are a lot of holes to exploit in his game. Gaethje and Darren Till showed complete disdain for his striking, marching him down until he was able to land a fight-ending blow. Ferguson basically went Wolverine berserker mode on him until the doctor stopped the fight.

Our best guess? McGregor does to him what he did to Eddie Alvarez: stride into the pocket, slip punches and rip Cowboy with nasty combinations. Cerrone’s fading chin likely doesn’t hold up here. Betting McGregor to win straight up is too expensive, so recommend that you take the prop that he wins inside the distance – a much more affordable play.

If you’re convinced that Cowboy wins this fight, make sure to maximize your payout by betting that he wins inside the distance. McGregor has only been to the judges’ scorecards just twice in 25 pro fights, so he either finishes this fight or goes out trying. Cowboy’s team is well aware that the key to beating the Irishman is to turn it up in the later rounds – and he can take advantage of McGregor’s lack of conditioning on the feet or the mat. 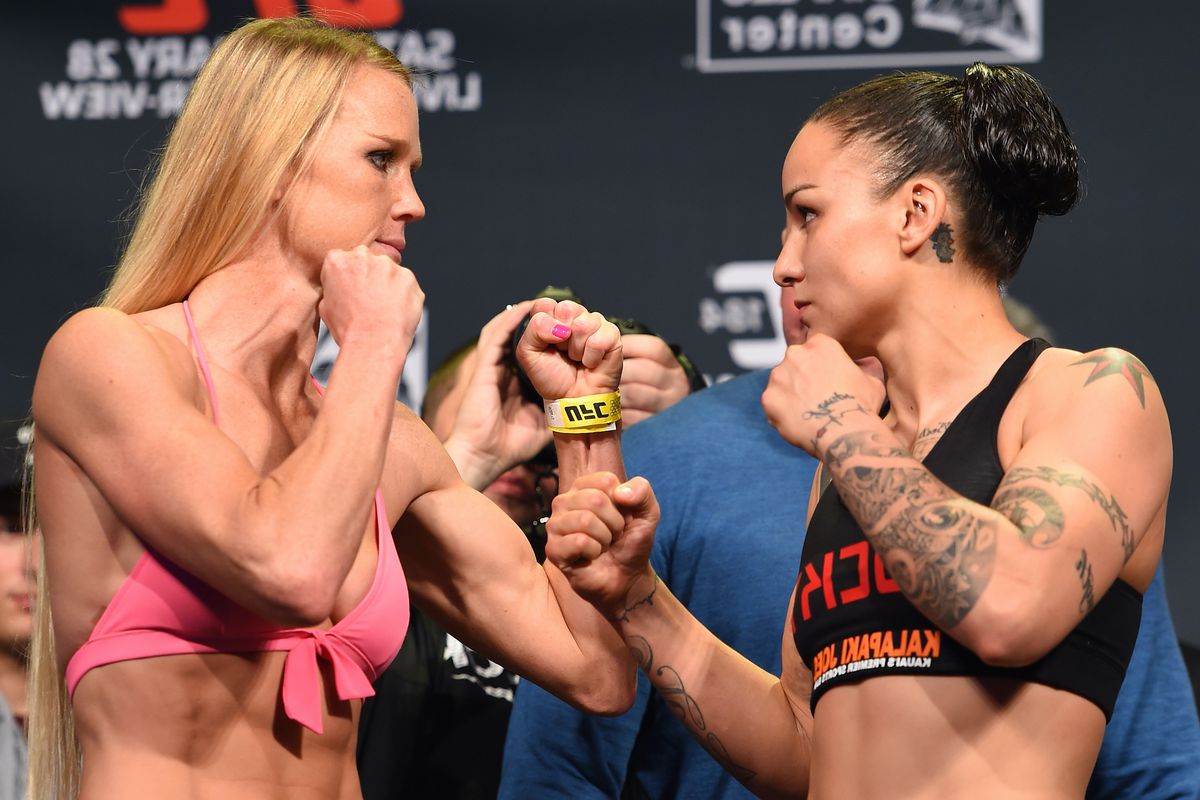 At 38, Holm isn’t the same fighter she used to be – plus she’s coming off a knockout loss to Amanda Nunes in a title fight. But the matchup with Pennington is one where she has the clear advantages: Holm is by far the more technical striker who excels against aggressive swarmers. Pennington is the type of fighter than wins by being aggressive, but there really isn’t much technique to her game. This might be a snoozer, but Holm potshots her way to a clear win. At this price, a sizeable bet makes sense. 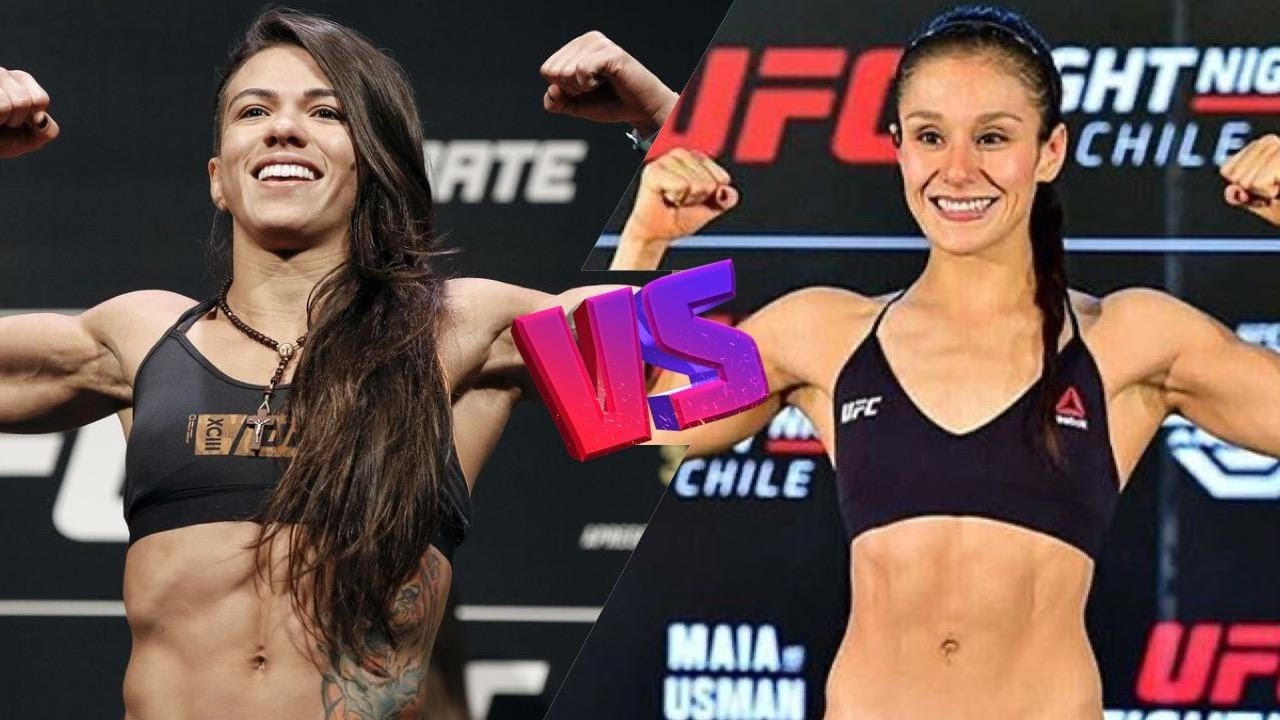 There was a point where Gadelha was clearly the second best strawweight in the world – with the ceiling to become champion if she got her conditioning in order. She hasn’t fixed the cardio issues, but the Brazilian is still one of the most athletic, powerful fighters in the division. That should be enough to beat Grasso, who simply doesn’t do well against fighters with powerful takedowns. You might also look into the Gadelha to win by submission, as this seems like a fight where Grasso’s grappling might be exposed.