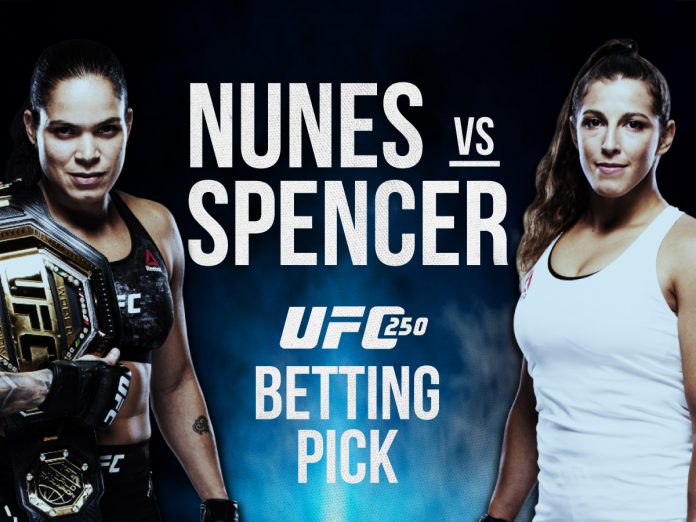 There’s something thrilling about watching an athlete (or team) completely dominate their sport. But often, sports fans forget that dominance can be…boring. We saw that when Demetrious Johnson was mowing dudes down as a -1000 favorite. Most of Cyborg’s opponents didn’t want to be in a cage with her. The Warriors going 16-1 in the playoffs a few years back wasn’t fun for anyone except Warriors fans. Katie Ledecky dominating the Olympics is memorable, but she literally lapped the competition in the swimming pool.

Amanda Nunes has reached that level. That’s not to say she’s a boring fighter – Lioness is a badass and one of the division’s only true knockout artists. But the Brazilian is a point where there are no legitimate threats on the horizon, in either one of the divisions where Nunes is champion.

Felicia Spencer is literally just a warm body at this point, getting a title shot more because she can make 145 pounds than her 2-1 record inside the octagon. This is a stay busy fight for Dana White to showcase his double champ, and the UFC odds at BookMaker.eu reflect the lopsided nature of the matchup.

Thankfully, the main supporting contests should be much more competitive – and they’re both pivotal bantamweight scraps. There’s a good chance that Cory Sandhagen vs. Aljamain Sterling is a title eliminator. With Triple C officially retired, the UFC needs guys to step up to fight for the vacant title. These dudes are currently top 4 fighters, so a big statement could go a long way here.

The other 135-pound tilt features former champion Cody Garbrandt. The Team Alpha Male product has had a rough streak, losing three straight by crushing knockouts. Not only did he lose the belt, No Love seems to be in serious danger of becoming the lightweight Mike Perry. His opponent, Raphael Assuncao, will look to stop a two fight losing streak of his own and tighten his grip on his top 5 spot.

It’s gonna be a busy night, so let’s take a look at the UFC odds at BookMaker.eu and break down your best betting options. Live UFC betting is available at the online sportsbook, allowing you to bet on updated odds during any of the fights on the card.

Our Pick: Parlay Nunes to win

There really isn’t much of a scouting report on Spencer. That’s not a good sign when you’re facing the woman that retired Ronda Rousey and Miesha Tate, and also ended Cyborg’s 19-fight reign of terror. Spencer is a strong, aggressive grappler, but she lacks the wrestling technique to force the issue. 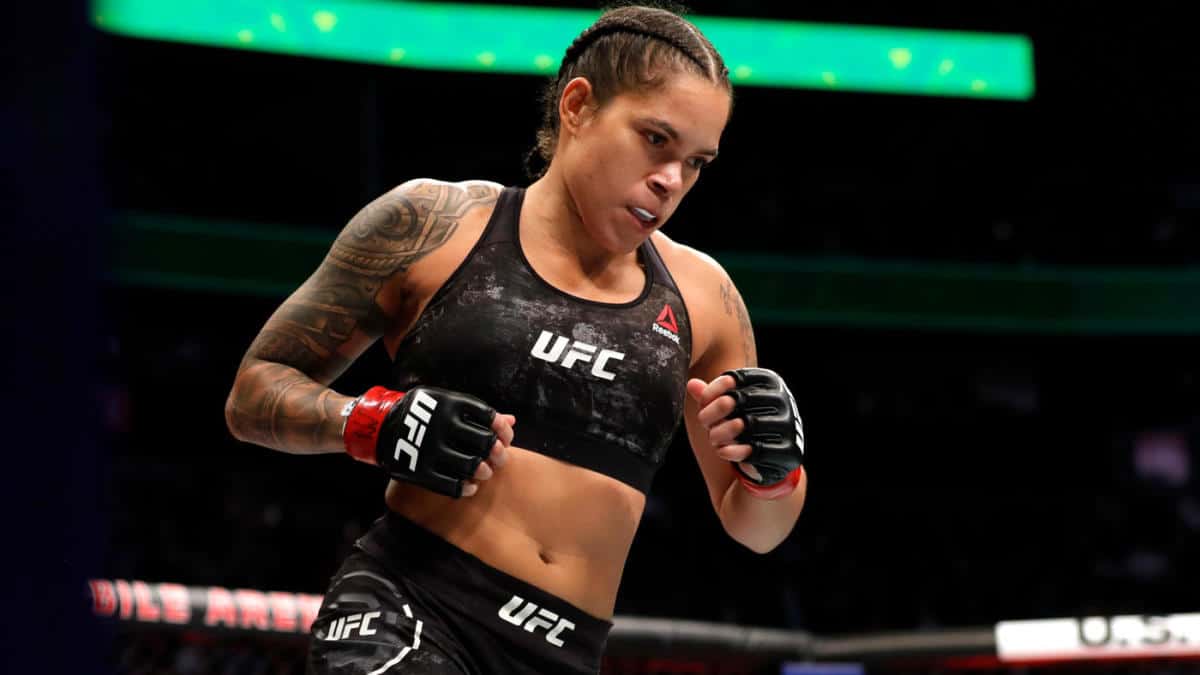 Not like it’d matter against a BJJ black belt in Nunes. And the standup is not even gonna be close. Lioness is the best pure athlete in both her divisions, and she knows how utilize this and attack opponents where they’re weakest. She wrestled an excellent striker in GDR, outpointed a conservative kickboxer in Shevchenko, and blasted through deficient strikers in Ronda Rousey and Miesha Tate. There’s no doubt she’ll find a way to beat Spencer, so use the pick to boost another bet.

Stay away from: over/under

For all of Nunes’ finishing ability, it’s impossible to try and predict when she’ll finish a fight. Case in point: in her last five fights, two have ended in the first round while three ended in the fight. We’d feel ok picking that she wins inside the distance, but don’t even bother with the round totals.

Awesome matchup. Sterling was a minor disappointment since signing to the UFC as a hyped undefeated prospect, but he’s finally living up to his massive potential. His development took some twists and turns, but The Funkmaster is a fully evolved fighter, with a reliable long striking game and excellent grappling skills. Picking apart Jimmie Rivera and going toe-to-toe with Pedro Munhoz deserves serious props.

Sandhagen has come a long way as well – graduating from brawling school and turning into a controlled power puncher. There are only a handful of guys that can get into a trench fight with John Lineker, and Sandhagen coming out on top was a serious eye opener. His aggression is off the charts, landing over 7 strikes per minute, and there is definitive pop in his fists.

We don’t see Sterling being able to take down the massive Sandhagen, which should lead to a kickboxing match. In that scenario, we lean on Sandhagen’s power and pace. Bet on this fight going the distance, as Sterling has only been finished once and Sandhagen has never been stopped.

It’s tough to have much faith in Garbrandt, who has shown ridiculously poor fight IQ in his past two fights. Team Alpha Male really doesn’t have the best track record when it comes to stopping a career plateau. 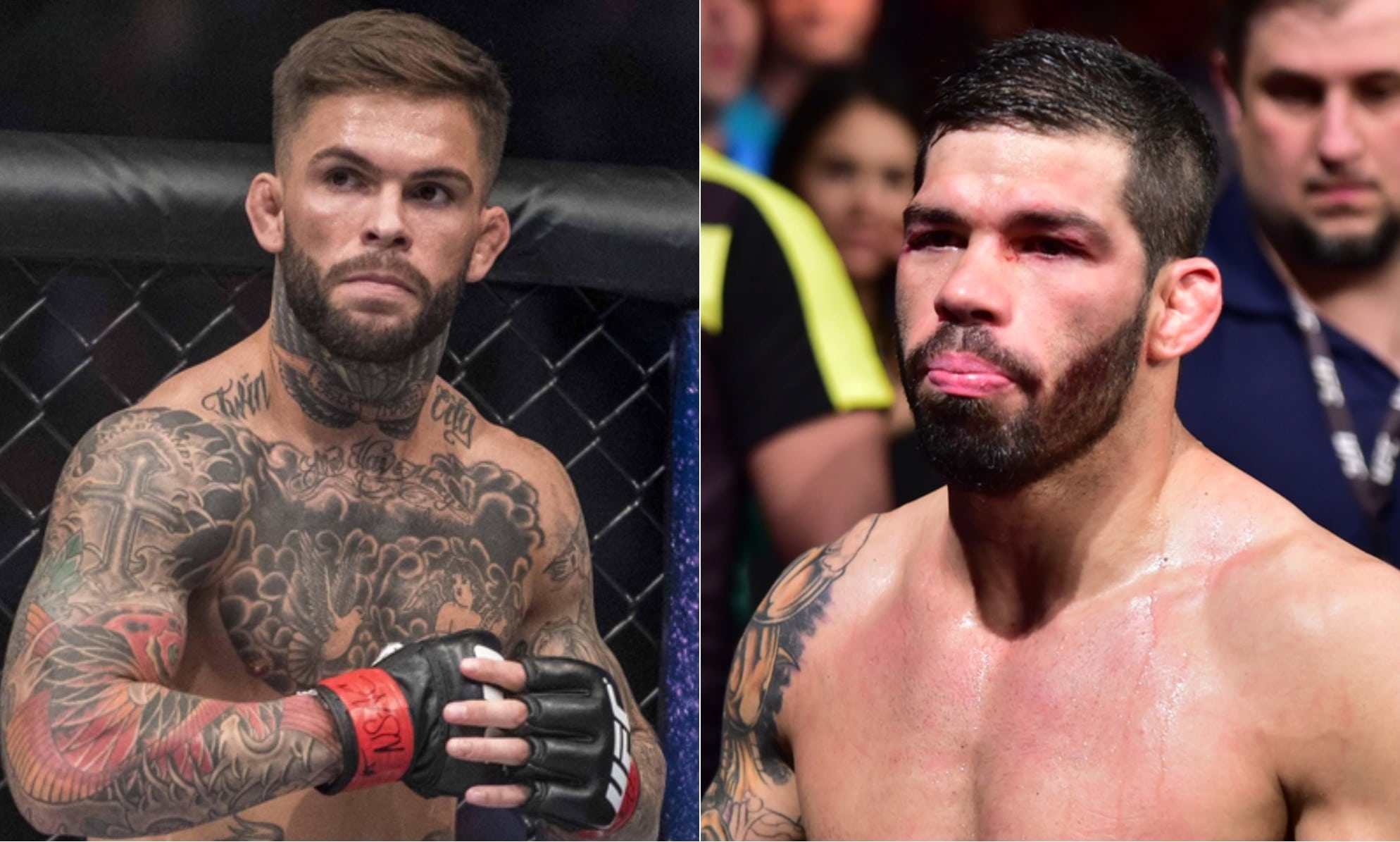 Still, even if Garbrandt devolves into a haymaker machine (again), he is physically the much more talented fighter against Assuncao. The Brazilian is also 37 years old, an age where a decline could come very quickly. His counter heavy approach should be a good foil for Garbrandt, but he’s not as well-equipped as guys like Dillashaw or Munhoz to navigate such dangerous chaos.