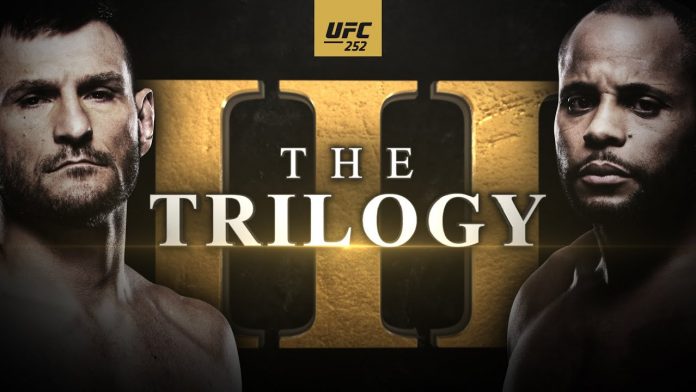 It’s time for Stipe Miocic and Daniel Cormier to settle their differences for good. This Saturday, the pair will meet for the third time, with each man holding a knockout win over the other. They’ve passed the heavyweight title back and forth, with Miocic the owner for the time being.

This is a matchup that has become deeply personal. It’s not just about the belt anymore – both guys care more about proving to be better than their opponent.

Don’t believe me? After DC knocked out Miocic in their first encounter, the Cleveland native spent over a year demanding a rematch. From a 2019 interview: “What doesn’t kill you makes you stronger. That’s the way I look at it. It drives me, it makes me hungrier. I want that belt back. It’s not even about the belt – I know I’m a better fighter.”

Credit to Miocic, he took Cormier out and got the belt back. Here’s what DC had to say in a May 2020 interview with Ariel Helwani: “I’m a better fighter than Stipe Miocic. I respect him, I think he’s a great guy, I think he’s a great role model, but I’m better than him. I just want to go prove it. I should’ve never lost to him…I lost to Jones, but he was better. Stipe Miocic is not better than me…”

All your questions will be answered on Thursday. #UFC252 pic.twitter.com/Yjx6yqNMzx

Sound familiar? We love a good grudge match, especially one that’s genuinely about competition and not about showboating or talking trash. Plus, it’s basically a pick’em fight according to our online sportsbooks.

While the main event is the only title fight, the rest of the pay-per-view card is awesome. Undefeated blue chip prospect Sean O’Malley is back in action, and it’s impossible to deny that he’s got superstar charisma. Magomed Ankalaev and Ion Cutelaba got into a shoving match during the faceoff, started brawling from the bell and was stopped much too early – what’s the rematch got in store? The co-main pits Junior dos Santos – the division’s best technical boxer – against Jairzinho Rozenstruik – one of its most explosive punchers.

It’s a great card with ample betting opportunities. Let’s take a look at the UFC odds at BookMaker.eu and go over which bets to set and which bets to forget. 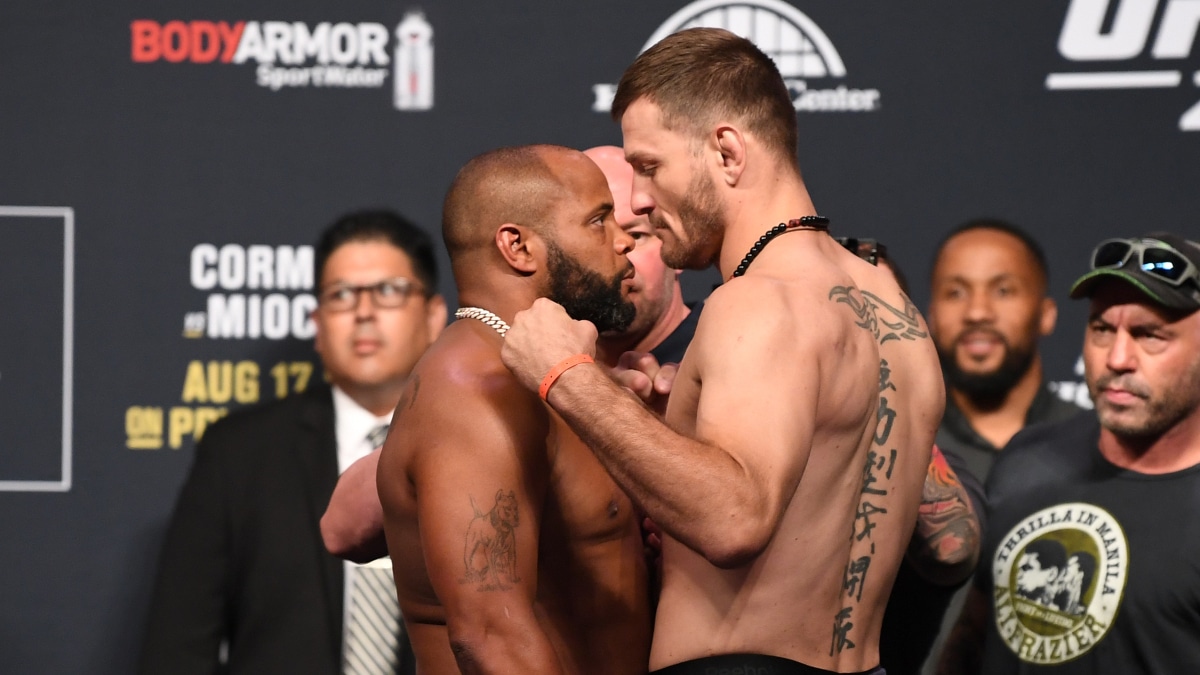 We understand the argument for DC. He got the quick knockout, and was ahead in the rematch until a series of body shots in the fourth round turned the tide – there’s something oddly fascinating about watching a chubby guy get punched in the stomach. In both fights, DC walked down his opponent and turned the fight into grind. It noticeably drained the stamina from Miocic.

But here’s the thing: Miocic figured out how to throw down with DC. He got past the first round and went step-for-step with the king of the grind. Then he figured out a way to win. Miocic is the bigger, younger fighter here, and he’s a good enough wrestler that Cormier didn’t even try taking him down. When it comes to pure stopping power, Miocic easily has the upper hand. That’s enough for us to trust him, and getting nearly even money is a solid value.

It’s too tough to predict when or how this will end. We’ve seen them finish quickly, and we’ve seen them go into round four. One thing we can safely bet on is that this will end in a finish, but that’s really not worth the price. 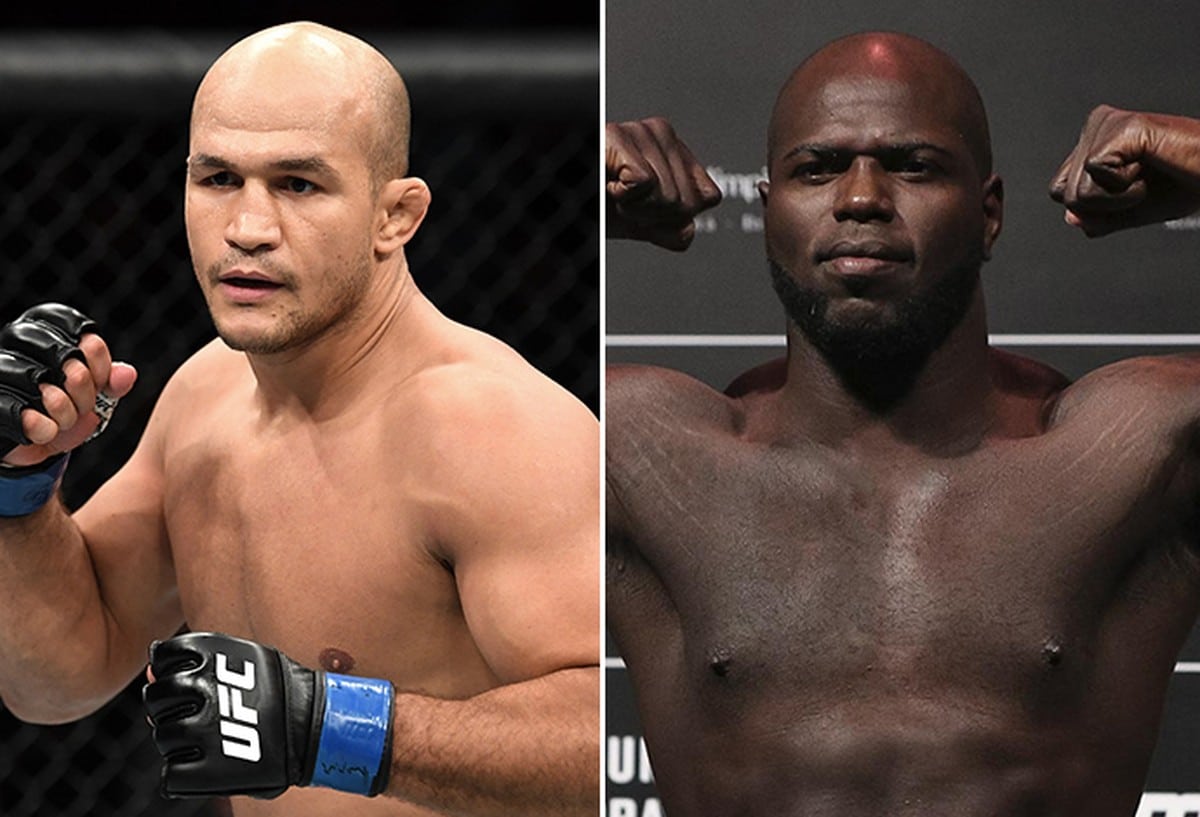 Just for the record, I firmly believe that JDS should be the favorite – so getting the Brazilian at ANY underdog price seems like a steal to me. I am fully aware that he cannot take a flush shot anymore and is facing an extremely heavy hitter in Rozenstruik. But the skill gap in striking between them is just so, so big.

Dos Santos is a sick boxer, with crisp combinations, good body work and skilled foot work. Rozenstruik just throws really, really hard. He was in all sorts of trouble against Alistair Overeem, who picked him apart with clinches and takedowns. If JDS gets in any sort of trouble, I can see him taking the same route. Or the Brazilian could just pick apart a much more deficient striker, much like he did against Derrick Lewis.

Just stay away. Rozenstruik is dangerous early, and once JDS gets past the early storm he usually takes his time. It’s too tough to try and predict when this is going to end. 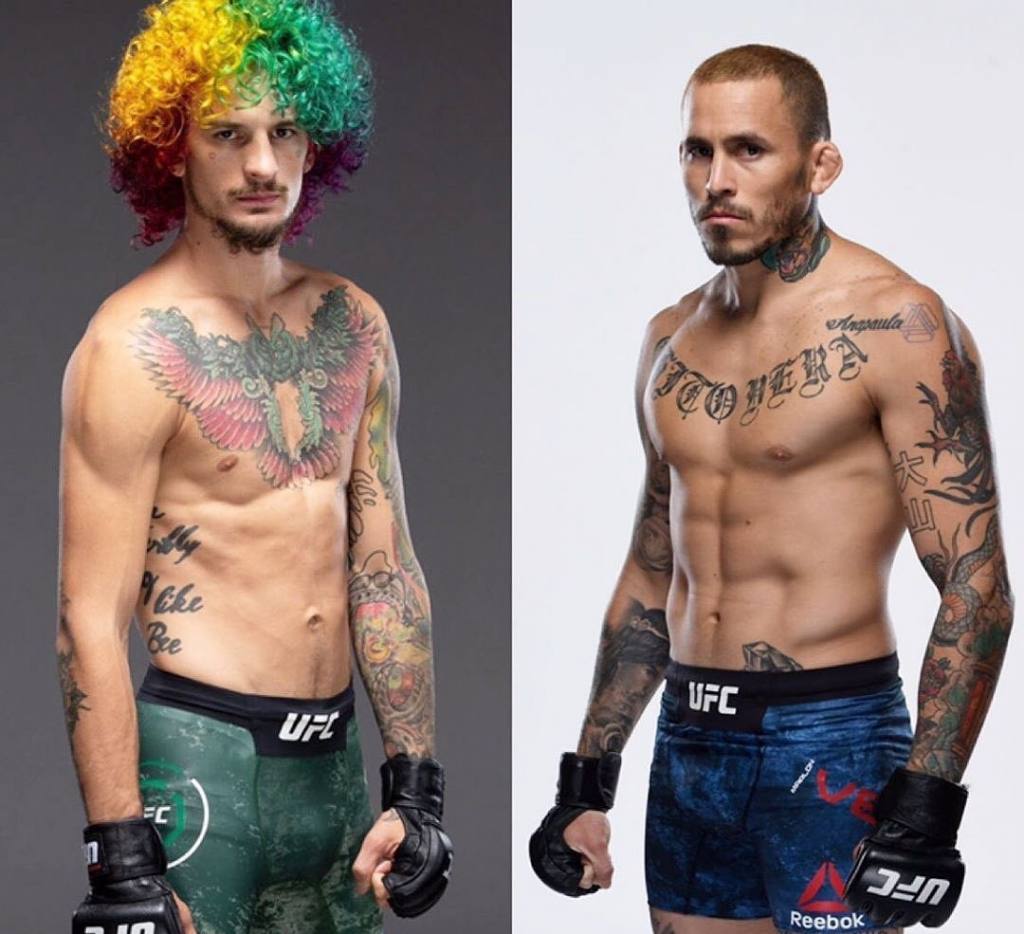 Sometimes we get nervous picking hyped young prospects against vets – like Shahbazyan vs. Brunson. But Vera isn’t the hype-killing type. Those are the wrestlers who grind down flashy strikers – Vera is a pressure fighter who wears down opponents by staying in their face all the time.

O’Malley might be young, but he’s already a top-notch striker at bantamweight. Just a month ago, he scored a one-punch walkoff on longtime vet Eddie Wineland. Prior to that was a quick KO of Jose Quninonez. The kid has got a hammer, and the scary thing is his power is still developing too. If Vera tries to be aggressive, he’s going to go through some serious hurt.

Vera might have five career losses, but he’s never been finished. Of course, O’Malley is flashing some serious stopping power these days, but Vera should have the durability to last three rounds.