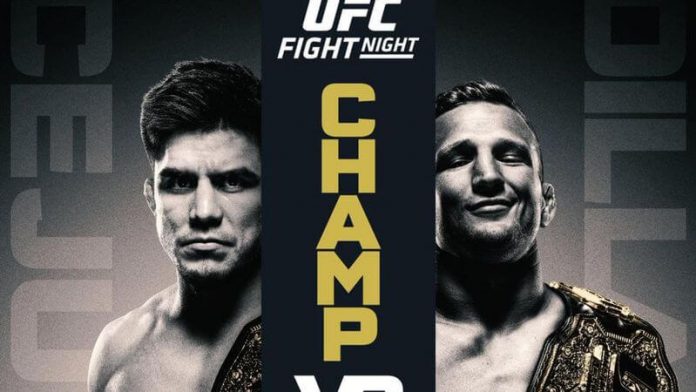 Though the matchup between flyweight champion Henry Cejudo and bantamweight titleholder TJ Dillashaw is being billed by the UFC as a money fight, it sure doesn’t feel like one.

For starters, it’s on ESPN+, the network’s streaming service. Big money fights belong on pay-per-view, even if this is the UFC’s first card with the worldwide leader in sports. Second, Henry Cejudo doesn’t have even 1/10 of the body of work that his predecessor, Demetrious Johnson, has accumulated. Sure, he beat an all-time great (just barely), but that doesn’t mean he belongs in that pantheon.

Moreover, Cejudo might be fighting with the weight of an entire division on his shoulders: the 125-pound class is dead in the water, and it’s hard not to see it being shut down entirely should Dillashaw snatch the belt and head back to 135 pounds.

Still, a champ vs. champ fight will always have a certain appeal, even if longtime followers of MMA know that this reeks of a cash grab, rather than something earned by both men. In any case, it just gives us sports bettors a chance to make some cash with the online UFC odds.

The rest of the Brooklyn card is actually pretty damn intriguing, which makes sense considering that Dana White would want to start things off with ESPN on a good note. We’ve got former NFL All-Pro Greg Hardy, TV personality Paige VanZant, knockout artist Ion “Hulk” Cutelaba” and undefeated prospect Gregor Gillespie. To be honest, this should’ve been UFC on ESPN 1. Hope you guys got the streaming service.

Let’s break down your betting options, courtesy of the UFC odds at BookMaker.eu.

Dillashaw has gone a swag-filled trash talking spree, saying that he’s being called in to put an end to the flyweight division. We get where the confidence is coming from: Cejudo might be an Olympic wrestling gold medalist, but there’s a reason why weight classes exist. Just 10 pounds is a massive difference when you’re trying to throw a guy around, and Dillashaw was a pretty good D1 wrestler himself. 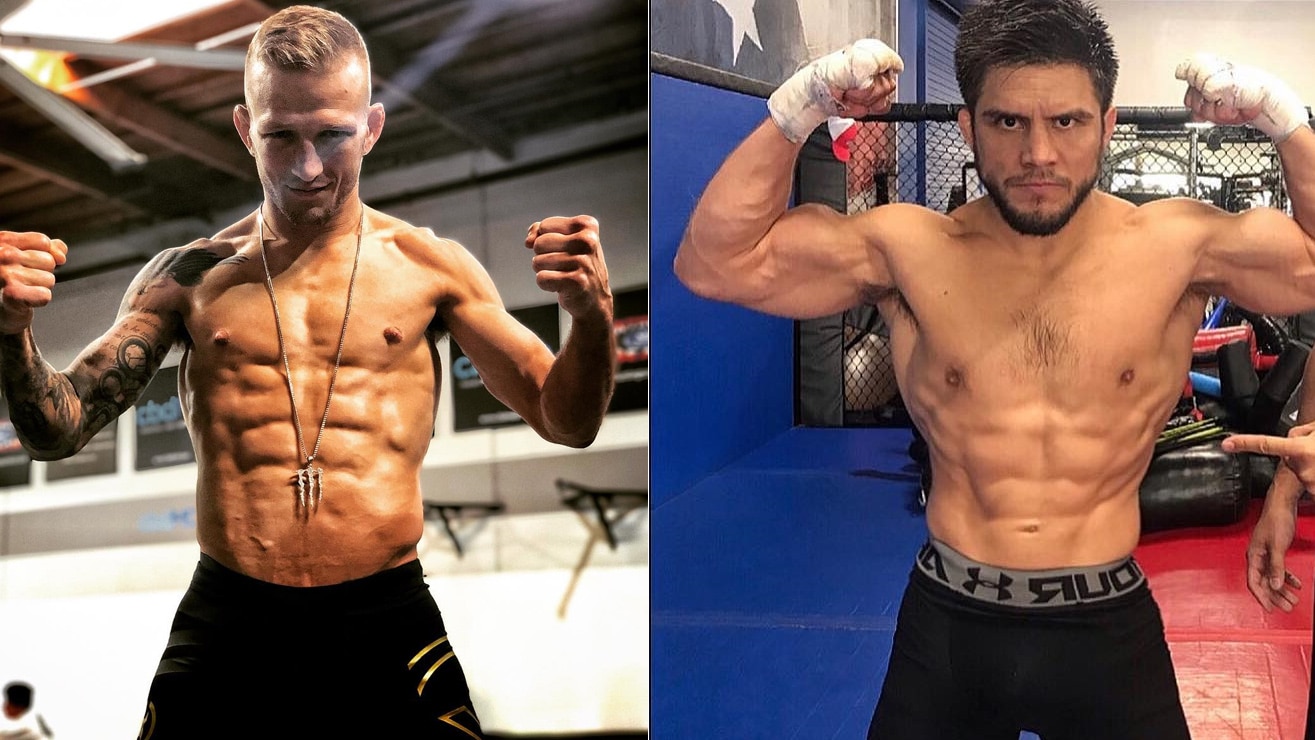 Then there’s the fact that Cejudo doesn’t have the arsenal or the skill that Mighty Mouse does. If this stays on the feet, the Ludwig-trained Dillashaw goes to town on an outclassed striker. The Messenger has gotten better with his striking, but he’s still got a long ways to go before being able to hang with a matador like TJ.

To be honest, we’re surprised that TJ isn’t an even bigger favorite here. The price isn’t ideal, but just think of it this way: you’re getting close to a 50% return on investment with a bet on TJ. Considering how much more experienced the bantamweight champ is against better competition, we see it as a great value.

Remember what we just talked about? We don’t see Cejudo being able to take his opponent down, nor do we see him being able to last 5 rounds against Dillashaw’s huge bag of tricks. Dillashaw is coming off two knockout wins over Cody Garbrandt, and should be able to plant something big upside Cejudo’s head.

Much has been made about the fact that Greg Hardy, whose domestic violence charges got him kicked out of the NFL, is on the same card as Rachael Ostovich, who was beaten up so badly by a dirtbag husband that she was briefly pulled from the card. For better or worse, this fight’s happening. 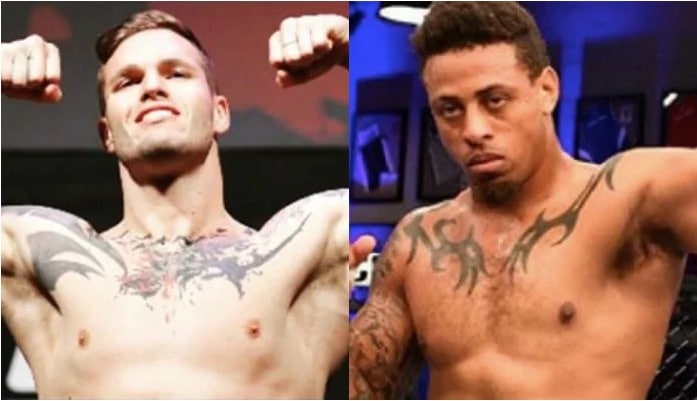 It’s no coincidence that the UFC is putting Hardy on the first ESPN card. There’s probably a good number of fans who have seen his highlights on Sportcenter Top 10 as a defensive lineman for the Carolina Panthers and Dallas Cowboys. In Hardy, we have the answer to a compelling question: what can a top-level NFL player in his prime accomplish in the UFC?

I mean, just look at the dude: he’s 6’5” and weighs in at the heavyweight limit of 265 pounds. He regularly swallowed up 300-pound offensive lineman and chased down quarterbacks. He’s won all of his 6 combined pro and amateur fights by first round knockout, and only one of those went longer than a minute. At 30 years old, he’s relatively young for the division. This is a scary dude.

Hardy’s the type of guy we love picking against: a massively hyped prospect whos has never been tested. But you’ve never heard of Allen Crowder, and the reason for that is that he’s being brought in to lose. Even if Crowder is more experience, heavyweight is the one division where you can get away with just being able to overwhelm your opponents with sheer physicality.

We get that neither one of these picks will boost the return of another pick that much. This one feels even safer and protects you from a shocking Crowder upset. From what we’ve seen from Hardy, he only knows how to blitz opponents with his heavy hands and swing till they go down. 99% of the time that ends up in a knockout.

It Ain’t EZ Being PVZ

*Channels Dana White voice*: “Do you want to be a fu*king fighter!?” That’s the question everybody’s been asking Paige VanZant, as it seems like she cares more about competing on reality shows (Dancing With the Stars, Chopped) than she does about improving inside the octagon. Can’t fault her for that really: she probably could make more money being TV-famous, while not getting punched in the face. 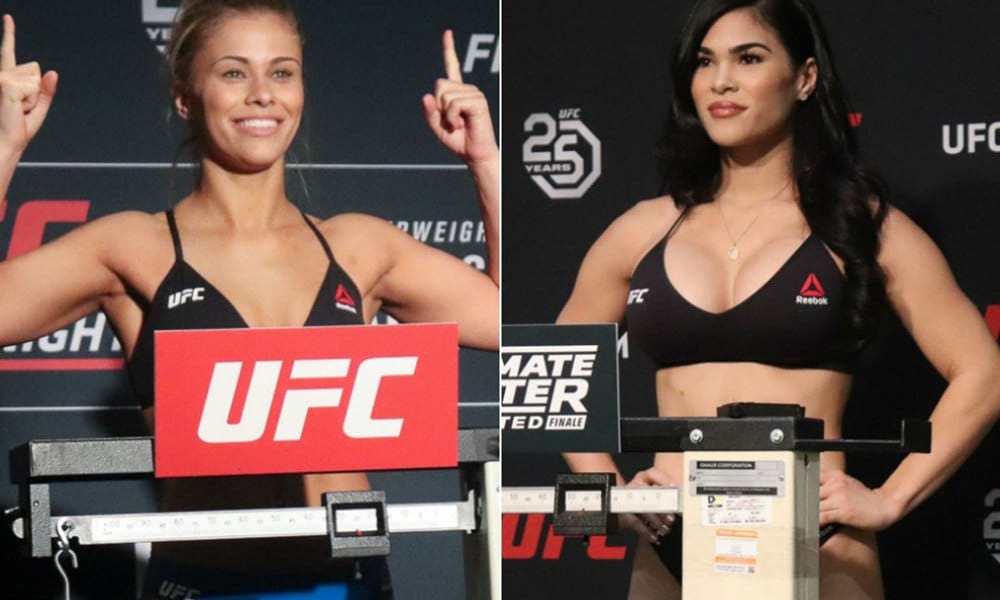 PVZ entered the UFC as a raw 21-year old prospect. Today, she’s a raw 24-year old prospect. She still doesn’t do much beyond trying to overwhelm her opponent by forcing them scrambles. While she’s pretty good at that, the lack of skills has caught up to her: VanZant is just 1-3 in her past four, and she was finished in two of those defeats.

Ostovich is a beatable opponent. And we still don’t really know how much she’s truly recovered after having her face cracked by her husband – who is also an MMA fighter. We do know that it was bad enough that one doctor wouldn’t clear her and that she had to get a second opinion to get back onto the card. Even at 100%, Ostovich is a .500 fighter for a reason.

We always pick against PVZ, even when her competition is downgraded. She was never a big strawweight to begin with, and now she’s fighting at 125 pounds against a true flyweight. If Paige can’t bully Ostovich, she’s gonna have to deal with a more technical striker with some pop in her right hand.