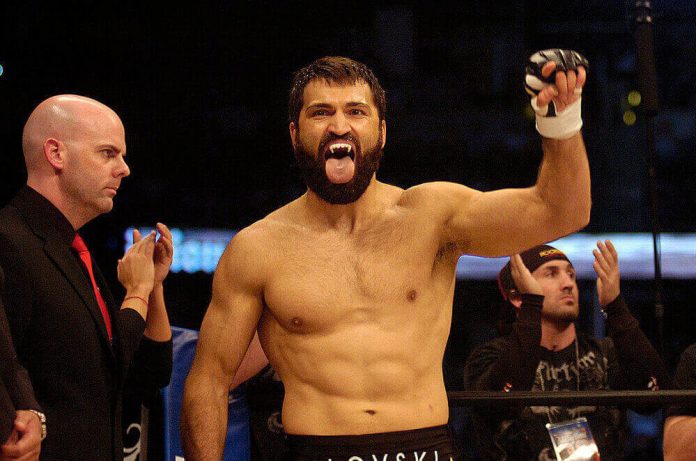 On paper, this is a style matchup between Arlovski’s technical boxing and Barnett’s catch wrestling. If this fight goes to the ground, it’ll be because Barnett puts the Belarussian there. The “Warmaster” has held down bigger guys, and while Andrei has decent hip escapes and submission defense, Barnett is a master of top control.

Even if Arlovski can keep the fight standing, Barnett’s striking is underrated. While “The Pit Bull’s” is a more refined striker, his glass chin is a glaring Achilles heel. Barnett might not be known for his punching power, but it only takes one big punch from any heavyweight to end the night early.


You should have equal confidence in taking Barnett to win straight up or the over on 1.5 rounds (-150). Barnett is the more well-rounded fighter and is famously durable under fire. I expect a good chunk of time to be spent on a feeling out process, and even more spent with Barnett initiating a clinch and chaining takedown attempts. That’ll easily take this fight into a final frame.

Gustafsson is clearly an elite light heavyweight, carrying a top-5 ranking for the past two years. He’s best known for taking 205-pound GOAT Jon Jones and current champion Jon Jones to their limits and losing heartbreaking split decisions in both. He is super boxer, a vastly underrated wrestler and one of the tallest, rangiest fighters in the division at 6’5”.

Blachowicz is none of those things. In fact, he’s not even close. He’s never faced anyone remotely as good as “The Mauler”, which explains why he’s by far the biggest underdog on the card. At his best, the Pole is a decent kickboxer who scores points off a crisp jab.

Gustafsson to win is an easy pick that you should parlay with another bet. If you’re looking for the best value on a straight bet, than the under on 2.5 rounds at -130 is the best value. You can bet the Swede is itching to get back in the win column after two straight losses, and he’ll likely do it in emphatic fashion.

Like Gustafsson-Blachowicz, this is a case of a perennial contender in a mismatch, although not quite as big. Bader has been a top-7 guy for a while now, and was one win away from a guaranteed title shot before he learned the hard way that Rumble Johnson has brass knuckles infused onto his fists. Still, he’s an elite wrestler with an underappreciated striking game, and only a handful of guys can beat him.

That handful most likely does not include Latifi, who is five inches shorter than Bader. That’ll make it tough for him to land his preferred big shots, and we can safely assume that he’s not going to outwrestle an NCAA D1 wrestler either. Bader can win both on the ground or standing.

Bader to win straight up is probably a bit too expensive, but it’s a good pick to parlay. If you wanna gamble, the under at +150 is enticing. “Darth” has become a much better boxer over the years, and he above average power.

A native of Cologne, Germany, Nick Hein will get the opportunity to fight on his native soil against South Korea’s Tae Hyun Bang. Hein is 3-1 inside the octagon, with decision wins over Drew Dober, Lukasz Sajewski and Yusuke Kasuya.

True to his surname, Bang is a headhunter with 9 KOs in 18 career victories. However, he’s been wildly inconsistent inside the octagon, going 2-2 and struggling against gifted grapplers. Hein isn’t Demian Maia, but he does have a good submission game that figures to give Bang a ton of trouble.

These are two mid-tier fighters, but Hein is the more skilled combatant. Bang is little more than a slugger, and Hein should be able to put together a well-rounded gameplan that exposes his flaws. Take Hein to win.