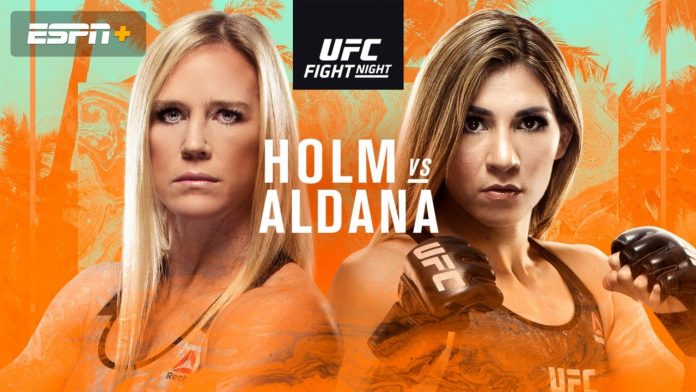 Holly Holm has been a star ever since upsetting Ronda Rousey in 2015. That status has allowed her to secure big fights against the most recognizable names across the bantam- and featherweight divisions. To sum it up, “The Preacher’s Daughter” has had three title fights and shared the cage with the likes Valentina Shevchenko, Cris Cyborg and Amanda Nunes since beating Rousey. Unfortunately, she’s never been able to recapture a belt, and has only managed a 3-4 record since that fateful 2015 encounter.

One has to wonder how much longer Holm will stick around. She’s famous enough to headline fight cards, but it’s clear that she’s a tier below the championship level fighters. At 38 years old, her prime is clearly behind her. But Holm greatly benefits from fighting in thin divisions, and she can still offer a lot as a gatekeeper. Beating her means something, and it’s a chance to gain some fans in the process.

You become the best by fighting the best!

This Saturday – @IreneAldana_ looks to go up another level 🇲🇽

Mexico’s Aldana is looking to level up against Holm. While her UFC career started off rocky with losses to Leslie Smith and Katlyn Chookagian, she has reeled off a 5-1 run. That includes wins over Talita Bernardo, Lucie Pudilova, Bethe Correia, Vanessa Melo and most recently, Ketlen Vieira. The lone loss during that streak came against Raquel Pennington in a tight split decision.

An attractive native of Mexico, Aldana obviously represents a golden opportunity for the UFC to gain more popularity in a boxing-crazy country. It helps that Aldana is a fan-friendly fighter who likes to bang. Currently ranked No. 6, Aldana could leap into the title picture with a win over the No. 2 Holm.

We know what you’re thinking: it’s kind of a weak main event, especially for an ESPN card. Definitely not gonna argue against that. But there are some solid bets to be made here, so let’s check in with the UFC odds at BookMaker.eu and break down your best options in the online sportsbook. 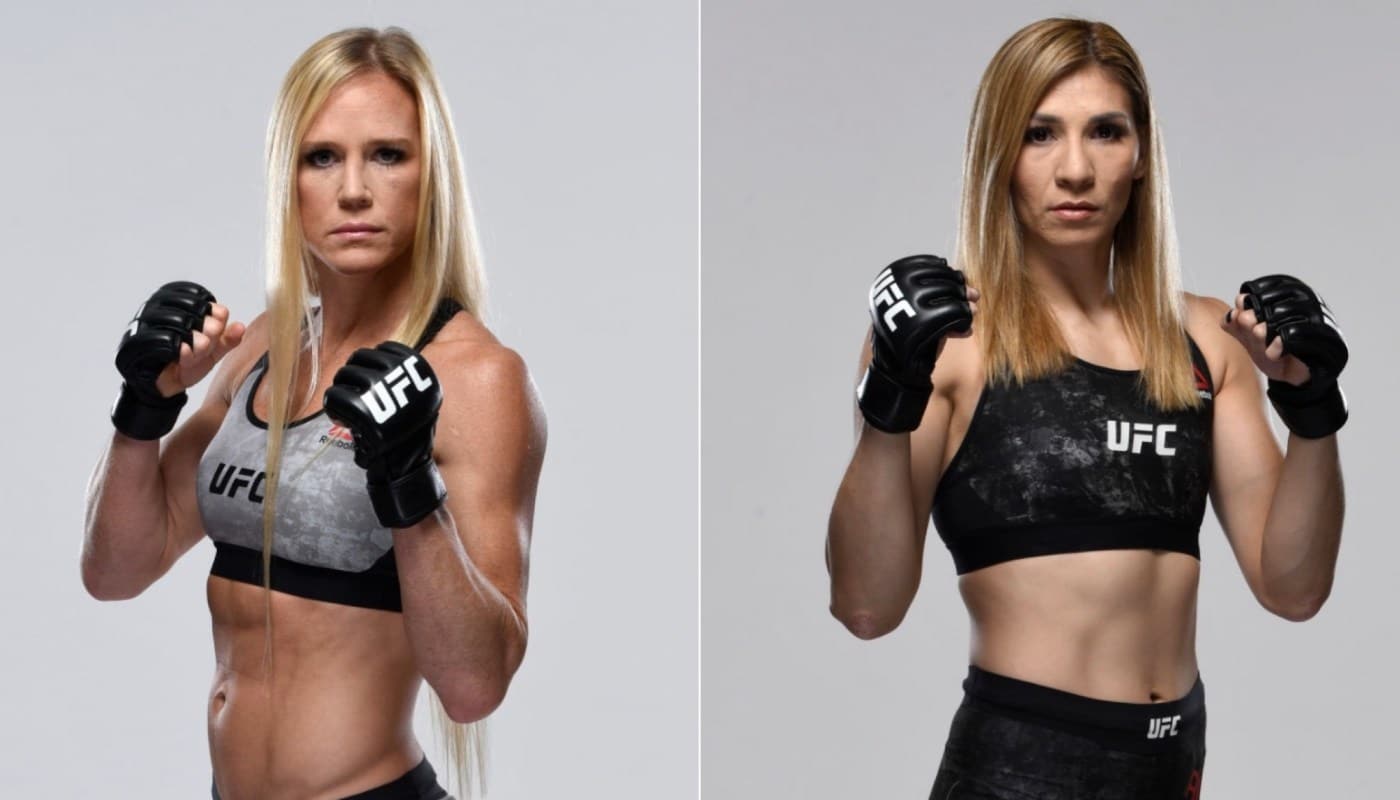 The Case for Holm

Despite her age, Holm is a big, powerful woman – not even Cris Cyborg could muscle her around. That strength has never really translated into killshot power, though her high kick is capable of ending a fight. She’s never been a particularly aggressive fighter, preferring to shuffle and pick her shots.

As a longtime Jackson-Wink rep, Holly’s fight IQ is unsurprisingly high. While her game revolves around staying on her feet, she can turn the fight into a clinch battle on the rare occasions she’s losing on the feet. Don’t be surprised if she ends up pushing Aldana into the fence and hold her there for long periods. She knows how to win a points battle.

The Case for Aldana

Aldana is one of the few bantamweights that match up with Aldana. At 5’9”, she fills out her frame nicely. It’s possible that she’ll be able to reverse positions along the cage through sheer force. On top of that, her power extends to her strikes – she’s got nice pop in her standup. Not bad for a girl that got into MMA through the kickboxing classes she took in college.

A very good boxer with decent grappling, Aldana is comfortable wherever the fight goes. The drawback against her is that she isn’t really elite in any area, and she doesn’t have explosive athleticism as a crutch either. Still, Aldana’s well-rounded skillset is more than enough to frustrate Holm.

The Safe Pick: Fight goes to decision at -210

It’s too difficult to lean on either fighter. Holm generally only loses to top-tier women, but she’s also at an age where she could decline quickly. Aldana has had more success recently, but there’s too good a chance she just gets tied up by a more experienced fighter. The safe pick is the decision prop or the rounds over, as neither woman has the finishing power to really stop the other. You should feel good about using it as a parlay.