Hot take: the UFC featherweight division is just as loaded as the vaunted lightweight class. Ok, there might not be an all-time great like Khabib or superstars like Conor McGregor at 145, but the top 5 is loaded with big names and top talent, from Max Holloway to Zabit to Korean Zombie.

This Wednesday’s main event between Calvin Kattar and Dan Ige is further evidence. Kattar is ranked No. 6 despite wins over Shane Burgos, Ricardo Lamas and Jeremy Stephens. Ige is No. 10 despite beating Mirsad Bektic and Edson Barboza in his last two fights! Josh Emmett, coming off a Fight of the Year contender over Burgos, has been penciled in to face the winner, and he’s ranked No. 6 even with wins over Michael Johnson, Bektic and Burgos. 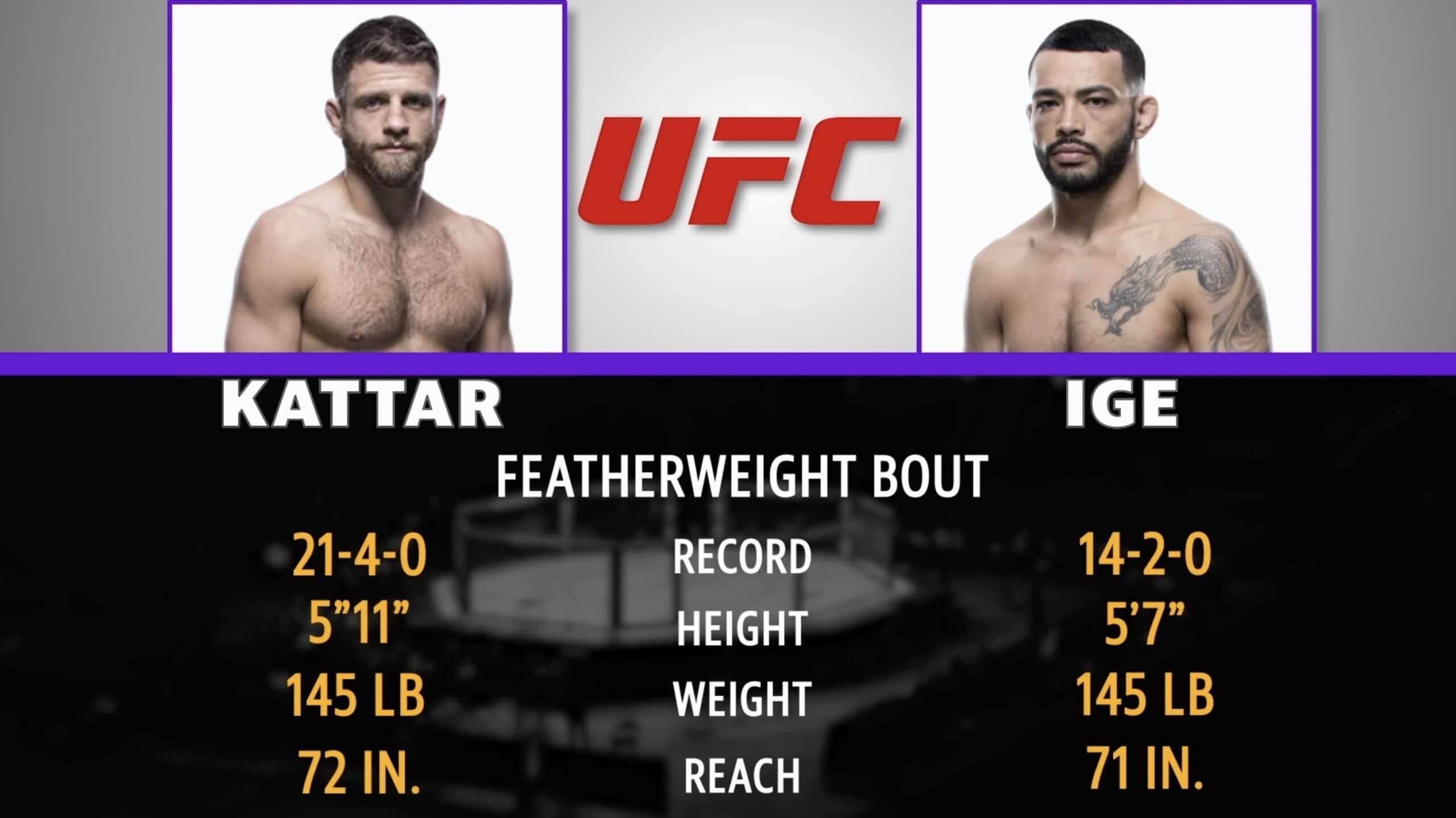 Once you crack the top 7 at featherweight, you’re facing off against all-world talent in every matchup. That’s what makes this such an important fight for both guys. They’re just a win or two away from meeting big names like The Korean Zombie and Brian Ortega. Those are the type of fights that bring a fighter into another tax bracket when it comes to pay. That’s what she be driving both Kattar and Ige, who aren’t as widely recognized yet. There are a lot of people that will likely be watching Ige for the first time here.

Here’s what you can expect: fast-paced, high level action. The UFC odds at BookMaker.eu opened with Kattar as a huge -285 favorite, but it’d be folly to overlook Ige as a +222 underdog. Let’s take a deeper look inside the stats and break down the matchup and the best bets at the online sportsbook.

The Case for Ige

We think the Hawaiian has got a much better chance than his money line would suggest. After all, this is a guy that marched down Edson Barboza. In case y’all forgot, Barboza is one of the most explosive knockout artists ever to step inside the octagon. Ige basically went toe to toe with him and walked away with a close split decision. Yes, it could have just as easily gone the other way, but the fact that it was so close is impressive in itself. 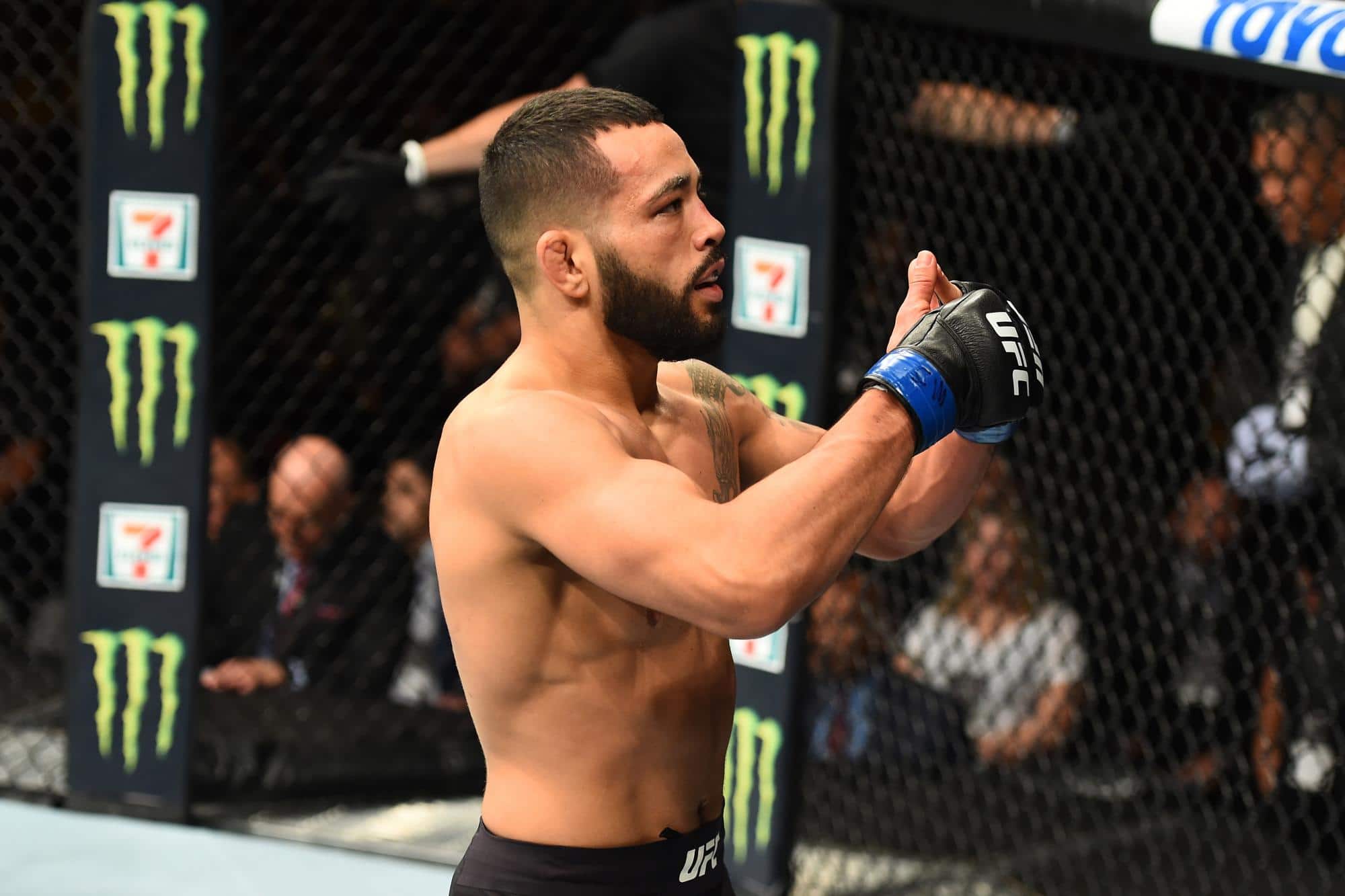 Then, he was able to gut out another split decision win against a powerhouse wrestler in Bektic. While there were moments when Bektic held him down, Ige showed good defense and escapability, using submission attempts to create room and using his hips to spring loose. He got the better of the exchanges against the TriStar product ton win enough points to take the fight.

While he was not dominant against either guy, Ige showed what it takes to compete against high level fighters. Perhaps this kid can keep surprising us.

The Case for Kattar

Kattar is just seven fights into his UFC career but is already a major player at 145. There have been no easy opponents for him, and his only losses came against a red hot Moicano early in his UFC career and a current title contender in Zabit Magomedsharipov. 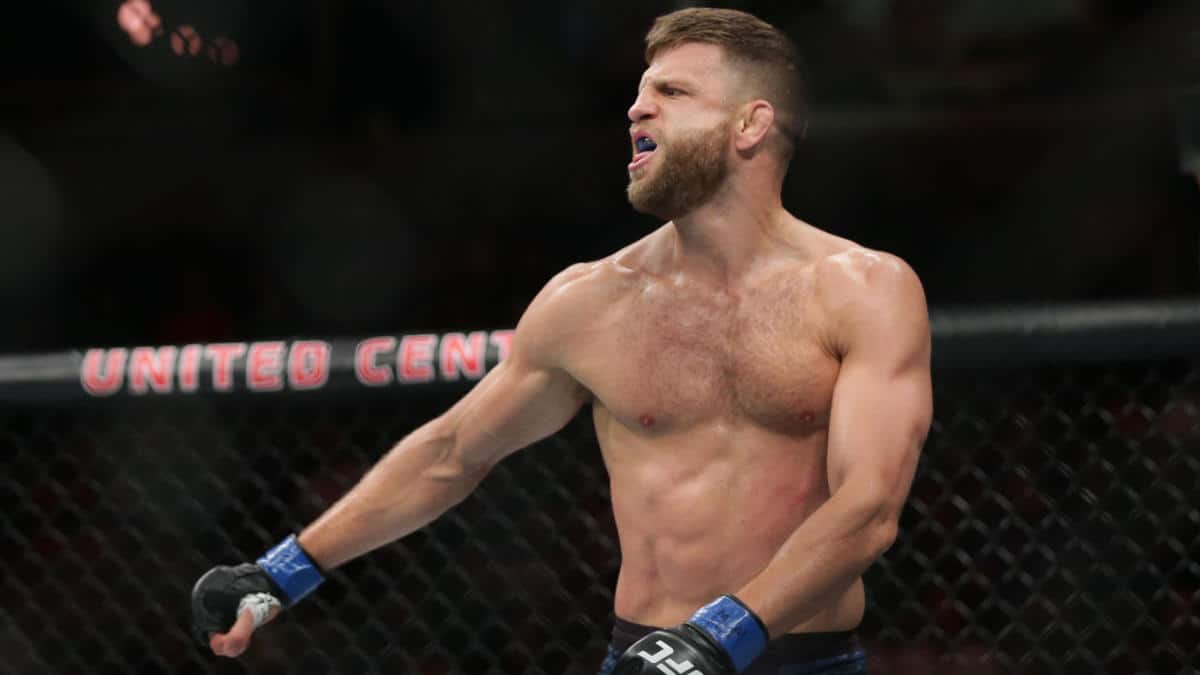 There’s some concern that Kattar is a one-dimensional boxer, but he’s damn good at it, and he’s damn good at forcing people to play his game. There are not many who can top him in a striking matchup, no matter how they try to play it. As he’s gotten more comfortable inside the octagon, Kattar’s also become more aggressive – leading to over five significant strikes landed per minute and his last four wins coming by way of TKO. He’s big, athletic and a punishing combination puncher – Ige is going to have his hands full.

Our Pick: Fight goes to decision +140

Ige has a better chance at winning than his money line suggests, but he’s not enough of a live ‘dog for us to pull the trigger. We like Kattar, but his price simply isn’t worth it. The bet we like here is that the fight goes to decision. If Ige was able to hang tough with Barboza, he’ll be able to last against Kattar – who doesn’t have a high finishing rate to begin with.