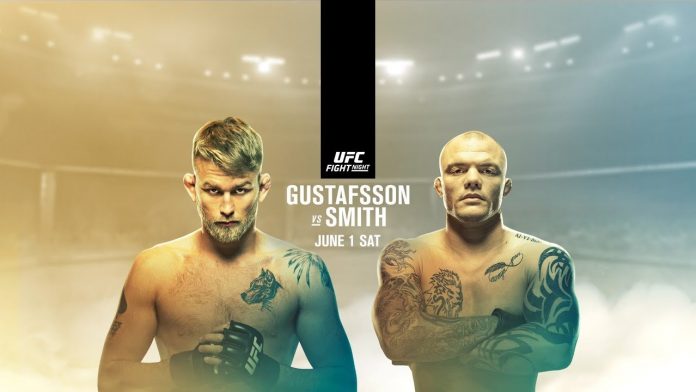 The UFC travels to Stockholm this Saturday and whattaya know, they got hometown hero Alexander Gustafsson headlining the card. The Mauler meets Anthony Smith in the main event, and both men have the unfortunate distinction of losing to Jon Jones in their last outings. Neither put up much of a fight, as the champ demolished Gustafsson and cruised against Smith.

It’s tough to really extract much meaning from this fight. As long as Jones holds the belt, it’s nearly impossible to visualize a scenario where either of them earns a rematch. Best case scenario here? Winner gets to be the guy you have to beat to get to Jones.

There’s no shame in being the division’s best gatekeeper, but Gustafsson even came out and said that losing to Smith might be a signal that he doesn’t have it anymore. Of course, Smith kinda took it personally, but it’s easy to see how demoralizing that’d be for an athlete with championship aspirations.

In the co-main event, Volkan Oezdemir meets Ilir Latifi in another light heavyweight tilt. Both guys are fighting to keep their top 10 ranking at 205. After a red-hot 2017 that saw him earn a title shot, Oezdemir finds himself trying to avoid a fourth straight loss. Latifi is coming off a loss to Corey Anderson, which snapped his dark horse title aspirations.

The last fight we’ll be looking at is yet another 205-pound contest. With the division in desperate need of young talent, 27-year old Aleksandar Rakic is somebody to watch. Currently on an 11-fight winning streak, the Austrian levels up his UFC competition in a tilt against Jimi Manuwa. Though Manuwa has lost three straight, the 39-year old still boasts 15 KOs in 17 career wins.

Let’s take a look at the UFC odds at BookMaker.eu and break down your best betting options. Live UFC betting is also available to hedge your bets between rounds – if needed. 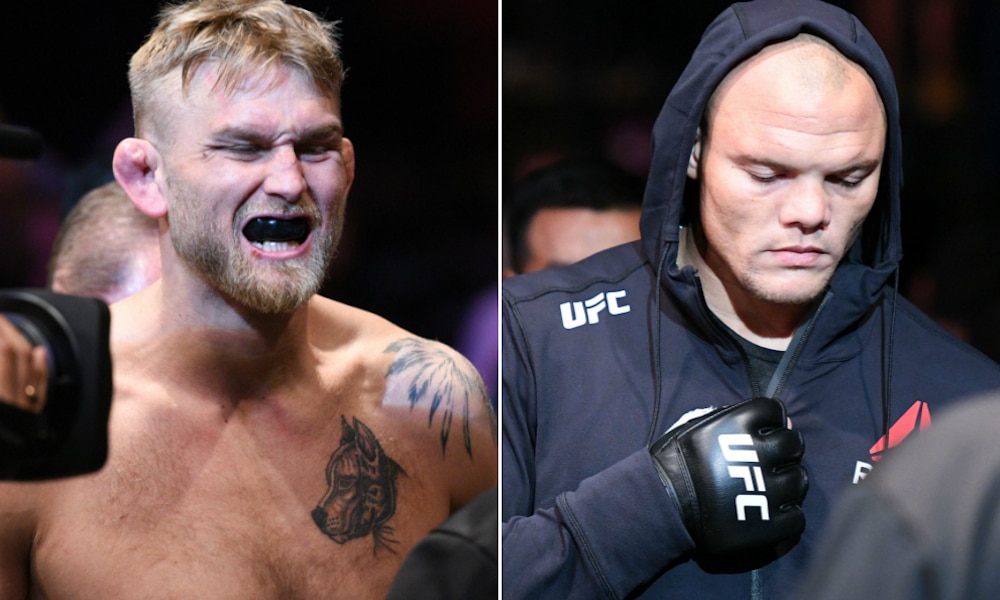 From Such Great Heights

The TL;DR preview of this fight: both guys are really tall, and both are dynamic strikers. Of course, it’s much more complicated than that. Gustafsson is a much more technical boxer, relying on footwork, movement and volume to steadily pummel his opponents into submission. At 6’4”, the Swede is excellent at using his height and range to land dynamic combinations behind a crisp jab.

However, Gustafsson won’t have the edge in height, as Lionheart stands eye-to-eye with him. Where Gus is a boxer, Smith is a Muay Thai stylist – he’s much more likely to use all eight points to strike. That’s truly evident when you take a look at how he scored his last four knockout wins: elbow, knee, body kick, punch. Smith also excels at opportunistic submissions, like when he caught Oezdemir in a flash sub to pull out a win in a fight he was losing.

Alternate pick: Gustafsson to win by decision at +181

It’s an intriguing battle, but Gustafsson’s style is much more reliable. Smith is very much a fighter that relies on capitalizing on opportunities, and he doesn’t have the tools to force them against Alex. Plus, Gustafsson is an underrated wrestler who can very much take advantage of Smith’s poor 28% takedown defense. Taking him to win is a sound play, but if you’re looking for a better payout take the decision prop. 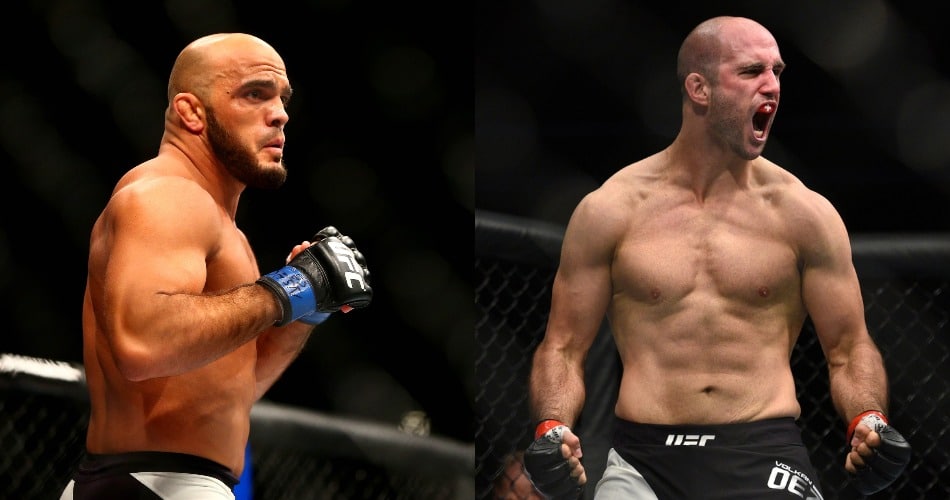 Short and Stocky Wins the Race?

You’ve got to feel for Ilir Latifi, a 5’8” barrel who regularly has to scrap with dudes half a foot taller than him. Somehow, he’s made it work, using a combination of power punches and strong wrestling, but his physical profile keeps his ceiling low. Still, he’s proven to be one of the better light heavyweights in the division, regularly handling business against mid-tier guys but consistently losing to the upper echelon.

The question here is whether he can neutralize Oezdemir’s kickboxing. DC did it with his Olympic wrestling, Smith took advantage of Volkan’s poor grappling defense, and Dominic Reyes used his length and athleticism to win a striking battle. Latifi doesn’t have weapons at that level. While wrestling is his strong suit, he’s not in the same stratosphere as somebody like DC.

Volkan is a very good kickboxer with power, and he’ll have a huge edge in the standup. While Latifi’s wrestling is solid, we don’t see him taking down the Swede with any consistency. 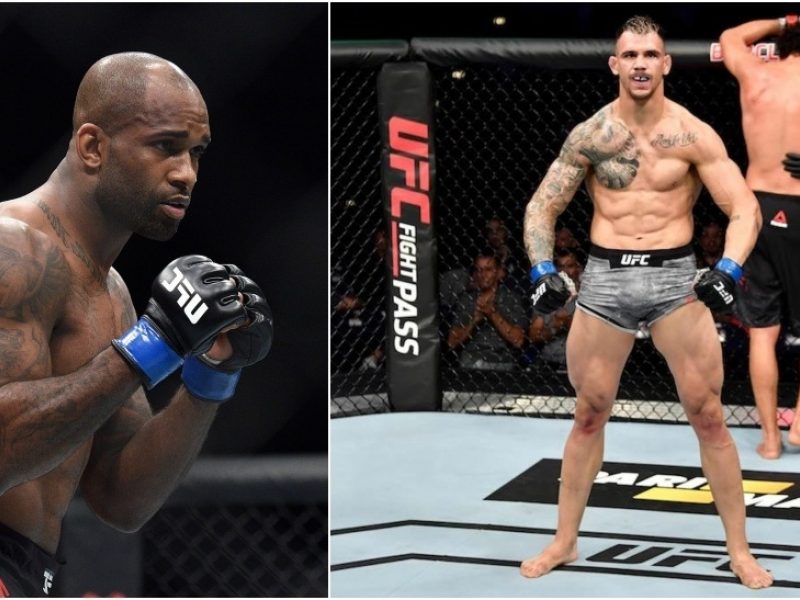 It’s still tough to get a read on how good Rakic can be, but he’s without a doubt an entertaining fighter already. His UFC debut was a slow affair, but since then he’s picked up the striking rate and showcased some pretty strong wrestling as well. His last matchup was total chaos, as Devin Clark dropped him multiple times, pummelled him with illegal knees, and still got floored when Rakic landed a spinning backfist out of nowhere.

At 39, Manuwa’s time is nearly done. Though he’s considered a knockout artist, it’s actually been two years since he’s produced a flatline. The age is concern, and so is his chin – he was knocked out by Oezdemir and Thiago Santos in less than a minute combined. Luckily, power is the last thing to go for a fighter, and Manuwa can go nuclear at any moment.

Both Rakic and Manuwa are finishers, so don’t expect this fight to get to the scorecards. Rakic straight up is too expensive for our tastes, so if you’re looking for a solid payout take him to win by TKO.