Joanna Jedrzejczyk was perfect through the first 14 fights of her career – she had a perfect record, the UFC strawweight belt, five title defenses and a strong case to be callse the best women’s MMA fighter in the world. For two years as champion, the Polish kickboxer had appeared to lap her competition.

Then she ran into “Thug” Rose Namajunas in 2017 – and was knocked out in just one round as a -640 favorite. The stunning upset was followed by a unanimous decision loss in an immediate rematch. Then, after a get-right win over Tecia Torres, she was handily beaten by Valentina Shevchenko in the inaugural women’s flyweight title match.

This Saturday, Jedrzejcyk enters a main event matchup with Michelle Waterson as a  loser of three of her past four fights. But there’s a huge light at the end of the tunnel: Namajunas lost her title to Jessica Andrade, who lost the strap to Weili Zhang. Another shot at Thug Rose was never gonna happen, but as the only fighter to ever defend the strawweight title, Joanna Ex-Champion is still a major player who could jump right into the mix with a win this Saturday.

A former Invicta FC champion, Waterson has taken a long, arduous road to get the closeset she’s ever been to a UFC title challenge. Since dropping back-to-back fights to Namajunas and Torres, the 33-year old has rallied back with three straight wins, most recently beating former title challenger Karolina Kowalkiewicz.

It’s an excellent headliner between two of WMMA’s bigger stars. Supporting the card are a number of excellent scraps and intriguing names, including Cub Swanson, Kron Gracie – the son of the legendary Rickson Gracie, and women’s grappling ace Mackenzie Dern.

Good stuff here, and plenty of opportunities at the online sportsbook. Let’s take a look at the UFC odds at BookMaker.eu and break down your best betting options. Live UFC betting is available to make wagers during any of the fights with real-time money line updates. 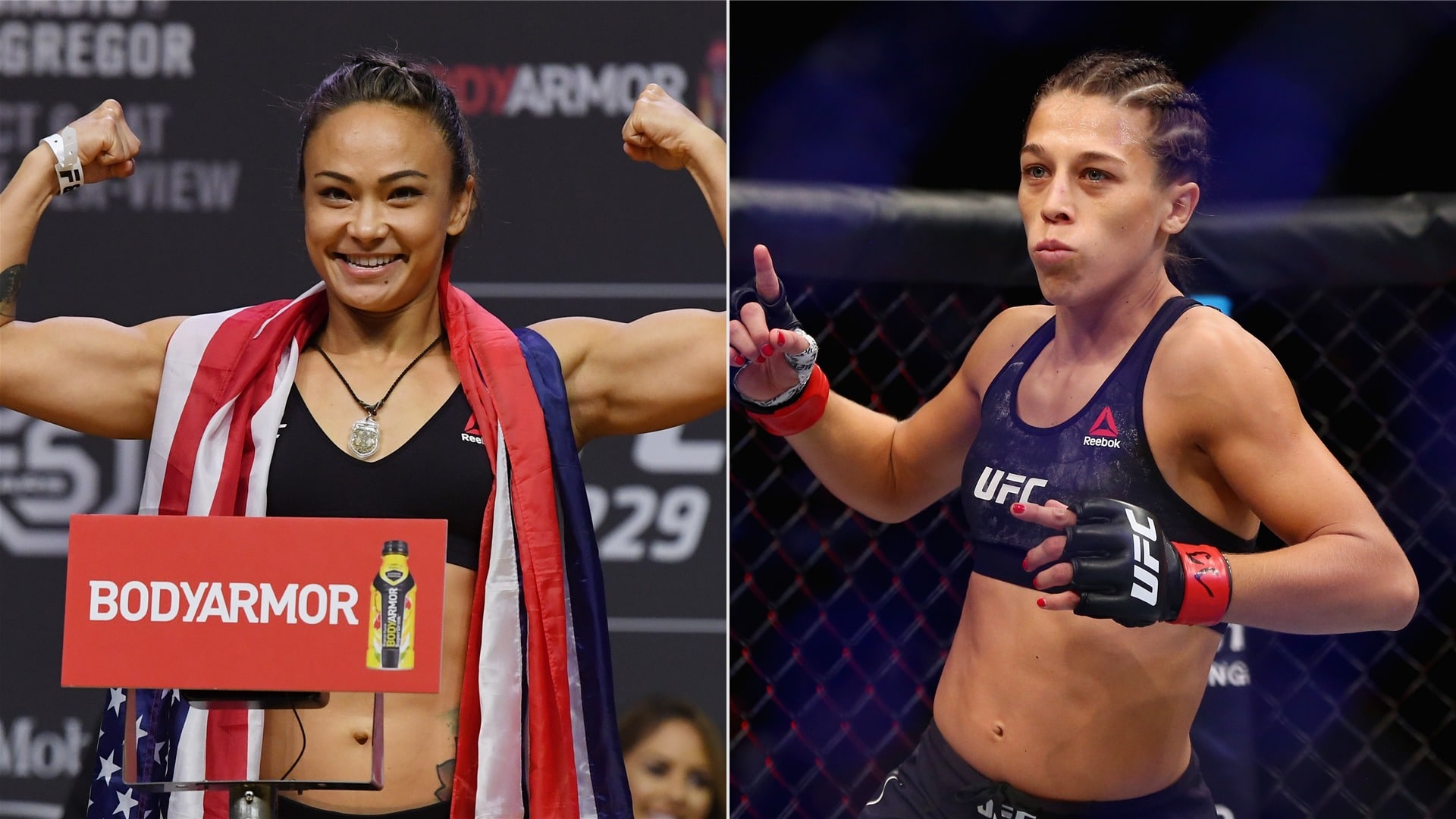 Buy: Parlay Jedrzejczyk to win at -485

We normally don’t make picks on prices this high, but we’re confident enough in J-Check that we can recommend this as a parlay booster. Her only losses have come against Thug Rose and Bullet, and Waterson lacks the same tools. Namajunas used her length and speed to beat J-Check at her own game, while Valentina’s size and strength was too much to handle.

Waterson, a natural atomweight, doesn’t have the power to crack Joanna’s chin, and will have to navigate a taller fighter who knows how to fight extremely long. While The Karate Hottie is an excellent scrambler and submission artist, it’s tough to see her taking down the bigger Jedrzejczyk – a bigger fighter in Claudia Gadelha proved that strategy is a futile endeavor anyway.

Sell: Jedrzejczyk to win by KO/TKO

While it’s tempting to think that a Muay Thai beast like J-Check lights up the shorter Waterson for a finish, just remember that she hasn’t finished anyone since 2015. Waterson has only been knocked out once in her career, and Joanna hasn’t shown enough grappling to be confident in her ability to get opportunistic submissions. If anything, take Joanna by decision at -170. 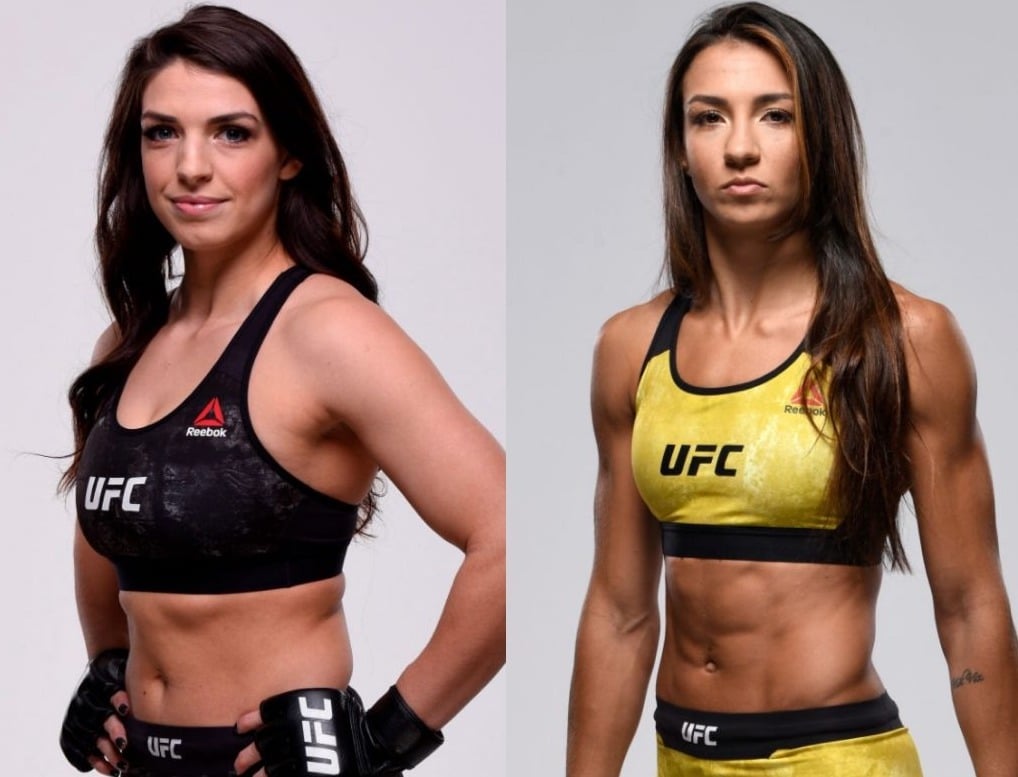 Dern is arguably the most hyped strawweight the UFC ever signed, for good reason: there is nobody that comes close to matching her international grappling accolades. But she struggled like crazy in her debut against Ashley Yoder, a fighter that was picked to make her look good. Then she missed weight by seven pounds in her follow up against Amanda Cooper.

A few reasons why we’re recommending Ribas here: Dern has a long way to go before becoming a complete MMA artist. Her striking is wild, her cardio is questionable and she doesn’t know how to effectively take fights to the mat. Ribas’ BJJ black belt might pale in comparison to Dern’s, but her black belt in judo is an excellent base for defending takedowns. In fact, Ribas was a takedown machine in her debut against Emily Whitmire.

This isn’t a gi tournament, and Ribas has an excellent chance at pulling of an upset if she manages to stay on her feet and force Dern into wild exchanges. At this price, we’re willing to bet against Dern’s hype. 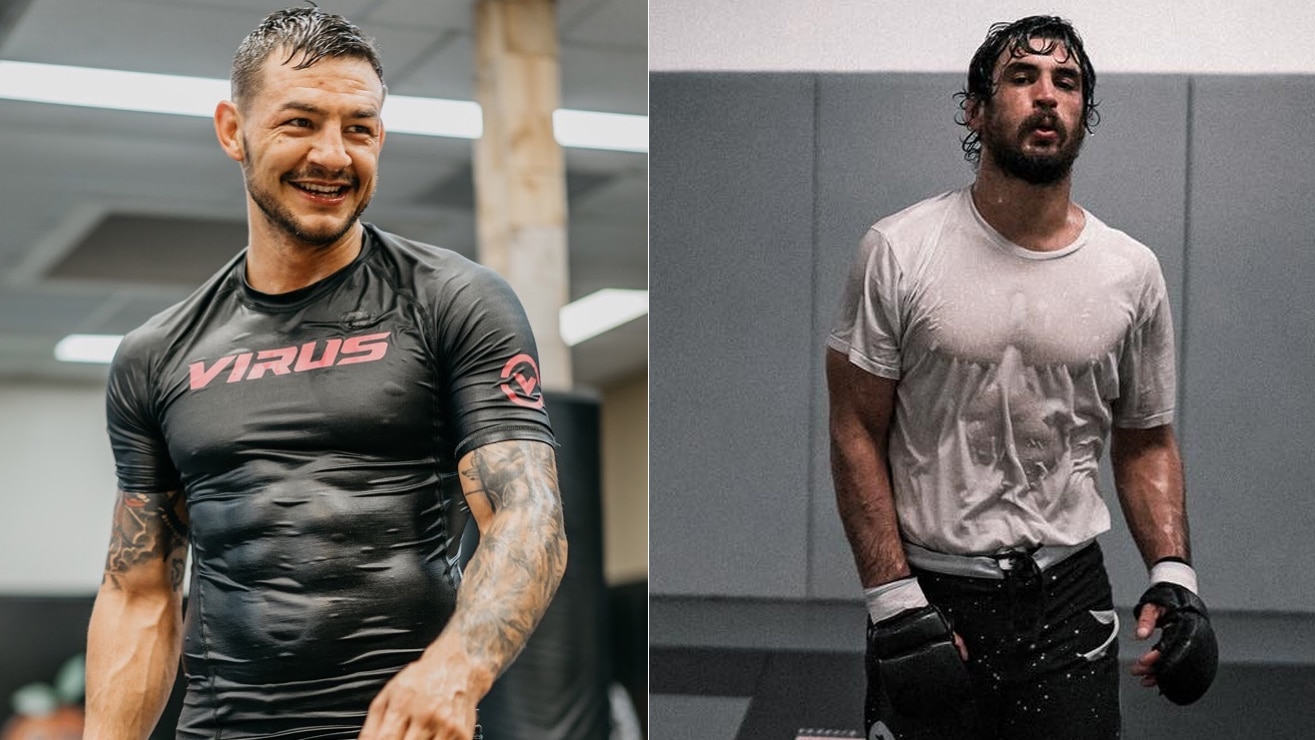 Hold: Gracie to win by submission

It’s one thing to be a Gracie, but it’s another thing entirely to be the son of Rickson Gracie – widely considered the most badass of MMA’s first family. Perhaps that’s why the UFC is pitting Kron, with just five pro MMA fights to his name, against Cub Swanson, a man with over 22 UFC/WEC contests and a resume that includes matchups against Jose Aldo, Frankie Edgar, Chad Mendes, Dustin Poirier, Max Holloway and Brian Ortega.

On paper, Swanson should be able to smash a one-dimensional grappler. But he’s also a grizzled vet whose lost his last four fights – a steep dropoff could be in order. The most worrisome stat is that seven of his last 11 losses have come by way of submission. Imagine being a boxer with a questionable chin stepping into the cage with a prime Mike Tyson and you get an idea of how dangerous of a matchup this is for Swanson.

The bottom line here is that there’s no way Gracie wins a three-round fight against a guy with Cub’s all-around skills – Kron is an extremely one-dimensional fighter. If you’re going to play Gracie, the only way he wins is by submission, and the payout is much better.