This Saturday’s UFC Fight Night 146 AKA UFC on ESPN+ 4 (they really need to pick a naming convention and just go with it) is one of those cards that’s loaded up with heavyweights. No complaints here – it’s the most unpredictable division in MMA, as literally every single fighter in the division has the power to turn out the lights in an instant.

Let’s start with the main event: Derrick Lewis. Junior Dos Santos. Both men are bombers, but one drops single, nuclear blasts while the other delivers payloads of cluster bombs from start to finish. Either way, a lot of damage gets done – something that fans never get tired of.

Yeah, Big Ben (and his awesome dance moves) is back after a two-year suspension for a failed drug test. His last fight came in 2016, when he was thoroughly outboxed by Junior Dos Santos. Standing opposite the 37-year old will be Blagoy Ivanov, who is coming off a loss in his UFC debut to…Dos Santos.

A third heavyweight match between Daniel Spitz and Jeff Hughes is also scheduled, but that one’s on the prelims. Doing the heavy work on the main card is Elizeu Zaleski dos Santos (no relation to Junior), an action here who meets Curtis Millender. Here’s what you need to know: Millender has won nine straight fights, and dos Santos isn’t far behind with a six-fight winning streak.

All in all, it’s a solid night of fights with a killer main event. Let’s get into your online betting options, courtesy of the UFC odds at BookMaker.eu.

I still find it hard to believe that Lewis punched his way to a title shot. A guy with zero cardio, poor wrestling and haymakers-or-nothing should have been exposed somewhere along the way. Lewis is the perfect example of how far heart and toughness can carry you in a volatile division like heavyweight. How many times have we seen him get tooled up, only to land a game-changing pop on the brink of defeat? 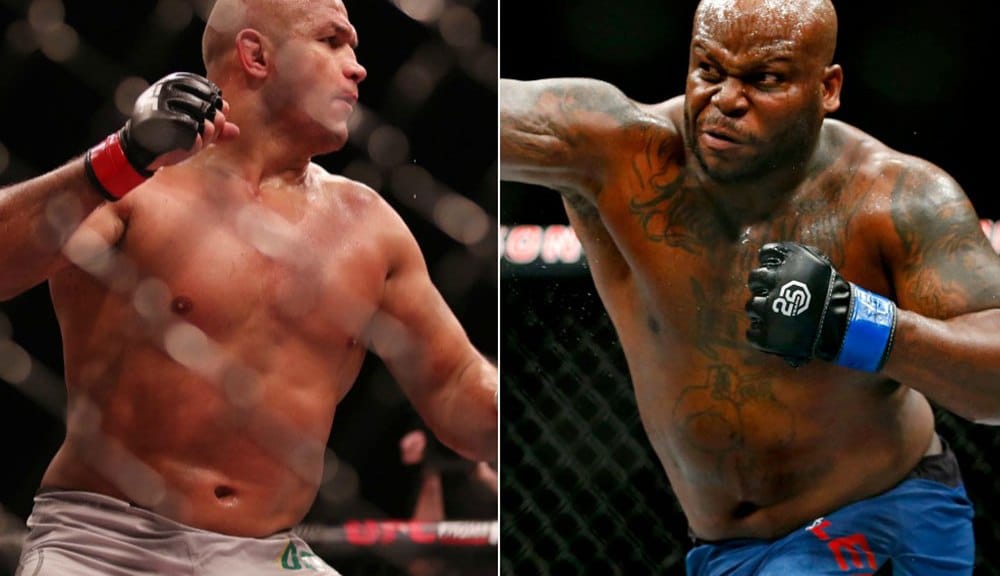 A few of Lewis’ recent fights can be held against him here. Mark Hunt, a K-1 level kickboxer, completely outclassed him in a striking match. Although he knocked out Alexander Volkov (and went on to give the best post-fight interview of all time), he was also getting carved up by a much more technical striker. Same story with Travis Browne, who had him on the ropes before falling victim to a Lewis nuke.

The reason we bring those guys up is that JDS is on the same level or even better as a striker. Arguably the best technical boxer at heavyweight, nobody has been able to purely outstrike him.

To be honest, Dos Santos’ jab alone could win this fight. There’s always a chance that Lewis plants a killshot on his chin, but Dos Santos has always been one of the toughest guys out there.

It’s about time Zaleski dos Santos gets some spotlight. He’s an absolute wildman inside the cage, and his chaotic striking style has led to two straight spectacular knockouts. That’s the best way to force the brass to take notice. The UFC had one of two choices here: give him The Wrestler Test, or see how he does against a highly technical striker. 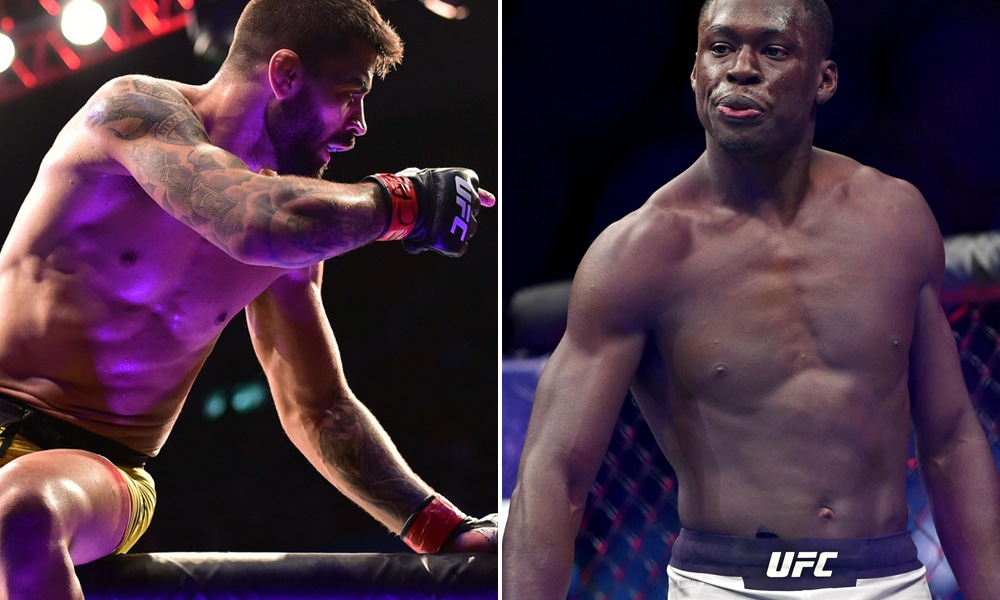 In Millender, the UFC chose option 2 – which is great since it’s the more fan-friendly route. Millender is a tall, lanky striker who operates with precision and accuracy. We didn’t know what to make of him since his time in Bellator wasn’t all that great, but so far, the 6’3” Millender has so far been a problem that mid-tier problems have yet to figure out.

Our pick: Millender to win at

If we’re forced to choose, we’ll go with the the more patient and tactical Millender over the chaotic dos Santos. As fun as it is to watch, there’s nothing sustainable about Dos Santos’ style. Plus, Millender’s 6’3” frame is a puzzle that nobody’s been able to figure out yet.

Can the Hybrid Bounce Back?

Not a lot of dudes seem to give much thought to their monikers, but “The Hybrid” fits Niko Price really well. Armed with excellent wrestling and explosive power, Price seems to switch up his style on the fly. Remember his fight against Randy Brown? Price knocked him out with hammerfists from his back. His broad, shredded body is as powerful as it looks. 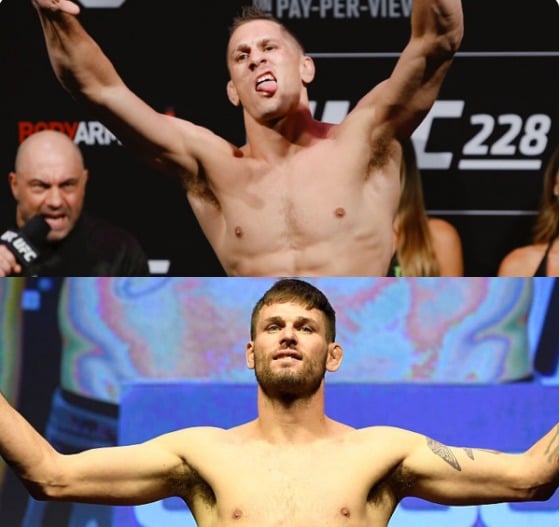 Means is a brawler that’s aging quickly at 34. His most recent losses were actually plodding kickboxing sessions that led to consecutive losses, but he got back to his old self in his most recent outing. An early knockout of Ricky Rainey was nice, but it was definitely a step down in competition. He’s got to turn back the clock again in this match, slugging, clinching and dirty boxing away Price’s health bars.

This should be a fun fight, but it’s clearly a contest featuring two guys on different career trajectories. Price is going up, and Means is fading. Given the fact that The Hybrid should be able to take down his opponent if he runs into any trouble, this is an easy pick and parlay-worthy.

Big Ben is Back

Who knows how Rothwell will look fighting for the first time in 3 years. Cain Velasquez popped his knee in less than a minute in the same context. The difference here is that Rothwell isn’t coming off a major injury and has generally been very durable throughout his career. We expect him to be roughly the same guy, though he is 37 now. 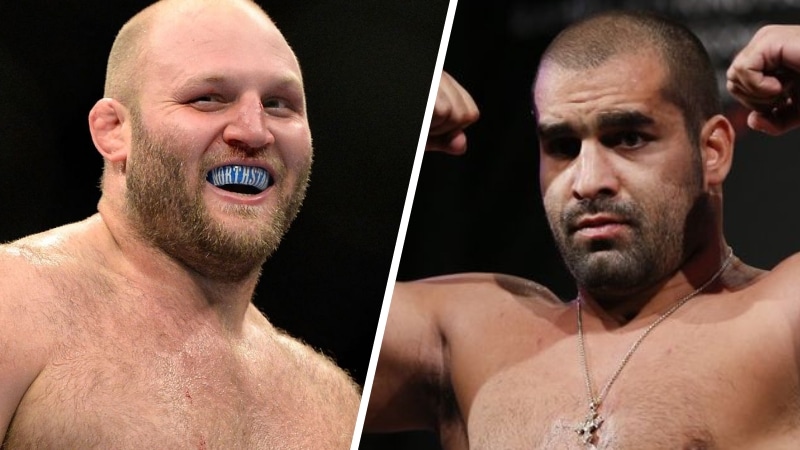 Ivanov was outboxed by JDS in his UFC debut, and the 5’11” heavyweight is going to have to deal with a guy that’s 6’4”, 265 pounds. It wouldn’t be wise to try and strike with the unorthodox Rothwell, so his best chance is to try and take him down. Even there, he’ll have to be careful, as Ben’s got a tricky submission game.

While Ivanov had a nice run WSOF, he’s going to have a hard time dealing with the bigger heavyweights in the UFC. Rothwell’s awkward striking should do enough to get the win.