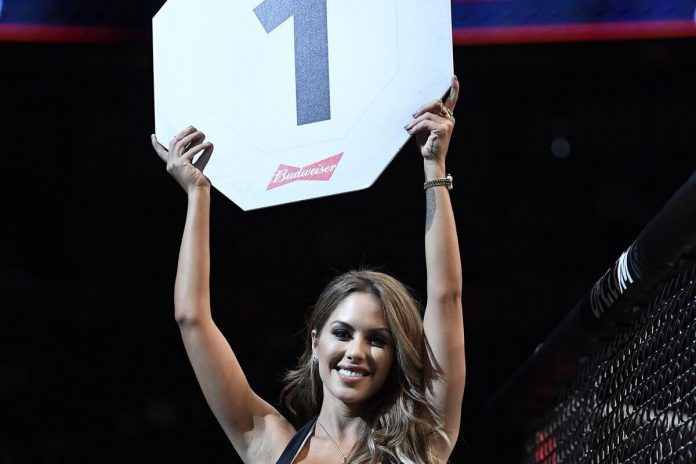 You might take a look at this Saturday’s UFC on FOX 28 in Orlando and feel – like so many fans – that the recent quality of UFC cards has been declining. There’s not much starpower anchoring the night.

But in terms of competitive fights that’ll have real divisional impact, there’s a lot to love here. Josh Emmett came out of nowhere to knock out longtime top 3 featherweight Ricardo Lamas on late notice – and now he’s ranked No. 4. He’ll have to prove it wasn’t a fluke when he meets Jeremy Stephens, one of the most experienced dudes in the division.

In the co-main, we’ve also got Jessica Andrade, the No. 2 contender at strawweight, in a pivotal clash with the 10-1 Tecia Torres. The winner of this could easily be slotted in to face the winner of the Namajunas-Jedrzejczyk title rematch in a few months.

Who else? Knockout artist Mike Perry is looking to re-establish himself as a hot divisional prospect, and he’ll lock horns with headhunter Max Griffin in an expected crackerjack. You also don’t want to miss a light heavyweight tilt between No. 5 Ovince St. Preux and No. 8 Ilir Latifi – the winner here would keep their name on a short list of title contenders.

So don’t write off this card – especially when there’s money to be made at the sportsbooks. Let’s take a look at the UFC odds at BookMaker.eu and make some picks.

Emmett’s ranked higher, but Stephens is the rightful favorite here. While we can’t deny that the Alpha Male product is a promising prospect, his knockout of Lamas was about as fluky as it gets. That’s not to see he can’t be a contender, especially when you take a look at his ripped frame and see his development as a brutal wrestle-boxer.

But Stephens is an 11-year UFC vet with 26 fights inside the octagon. For most of that time, Lil Heathen’s been in the top-10. There’s a reason for that: he’s a very, very good fighter that knows how to bang. It took just two rounds for him to starch Doo Ho Choi – who just went to war with Cub Swanson for five rounds.

If you look at the guys whose beaten Stephens, they fall under a certain type: plus athletes with established striking. Renato Carneiro stood toe-to-toe with him. Frankie Edgar outdanced him with slick foot movement. Max Holloway outpunched him at range, and Swanson, Cerrone and Pettis used creative strikes to flummox him.

Emmett doesn’t have that level of striking yet, and he’ll struggle to take down a guy with 64% takedown defense. You can feel good about taking Stephens to win. The rounds over looks good too, as Emmett has never been finished and Stephens hasn’t been stopped since 2012.

No surprise here that Andrade is the biggest favorite of the night. In her last fight, she straight up ragdolled Claudia Gadelha – something that even had the fight announcers in disbelief. Bonus points goes to the Brazilian for fighting as savagely as her impressive physique suggets.

No disrespect to Tecia Torres, but we don’t see her holding up against Andrade’s relentless, march-down, hook-heavy striking attack. Mix in the trademark pile drives from the Brazilian, and Tecia Torres is in for a long night.

You can parlay Andrade’s line to win. The other option is to go with the over as a straight play. Torres is one of the more well-rounded fighters in the division, and one of the only girls that looks nearly as buff as her opponent. She’s got the strength, athleticism and toughness to go five rounds.

OSP has bounced back nicely from a 1-3 slide, winning three straight via finish. There was a point where he looked shot, but it seems as if something’s clicked: the cardio issues are gone and he looks more authoritative in the cage. Now he’ll meet a grinder in Latifi, who could very much force St. Preux into the type of dogfight that forces him to wilt.

At 6’3”, St. Preux will tower over the 5’8” Latifi. A powerful puncher and flexible kicker, OSP will have a marked advantage on the feet. Should Latifi try to take him down – a very difficult task – he’ll have to contend with a dangerous submission wrestler.

The price on OSP is playable as a straight bet. We’d also recommend looking at the rounds over as well, as neither guy is one that is finished easily.

Perry’s power is on a different level, but Griffin’s got plenty of pop too. The best part is that either guy is ready to bite down on the mouthpiece and start slinging. But don’t mistake them for brawlers – each has the technical ability to pick guys apart.

This is a bounceback fight for Perry, who the UFC was grooming into a star. After a loss to Santiago Ponzinibbio, they want him back in the win column. Against another slugger, take Perry’s power all day: 11 career wins, 11 knockouts. He lands around 2.5 knockdowns per 15 minutes, one of the highest rates in UFC history.

Our Pick: Perry by TKO/KO

Bet on UFC at BookMaker.eu now