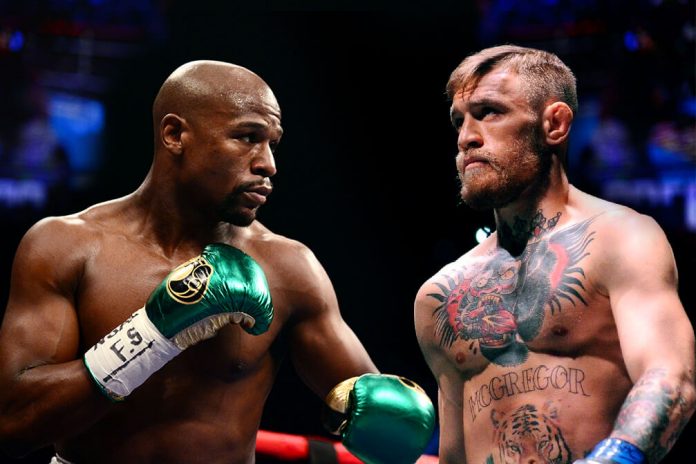 Few in the boxing world are giving Conor McGregor any chance of becoming the first man to beat Floyd Mayweather in a professional boxing ring, but one former world champion believes ‘Money’ may have one flaw that the Irishman can capitalize on – age.

Having become a two-weight world champion in mixed martial arts’ premier promotion, the Ultimate Fighting Championship, McGregor is now aiming to become one of the most famous names in the history of boxing by becoming the first man to beat Mayweather – a former five-weight world champion who compiled a perfect 49-0 record before retiring in September 2015.

‘The Notorious’ has claimed he will get the job done inside four rounds, but former boxers, ex-fighters and pundits have all scoffed at his prediction and declared this bout will be a one-sided drubbing that sees Mayweather run out a convincing winner.

However, Johnny Nelson – the longest reigning cruiserweight world champion of all time – believes “hungry” McGregor could take advantage of the one fight that Mayweather is losing as the years roll on – his battle with father time.

When ‘Money’ steps into the ring on August 26 it will be almost two years since his last outing – a convincing points win over Andre Berto – and he will be 12 years older than his opponent.

“The one thing you have to look out for, let’s not forget, Floyd Mayweather is 40 years old,” Nelson told Sky Sports News. “He’s been out of the ring for a while.

“I know he’s top tier, we’re thinking there’s no chance this guy [will lose], but Conor McGregor is very fast individual, he’s got power in both hands. We want to see how age has affected Floyd Mayweather.

“In my head, Floyd does it hands down, but let’s not forget he’s in there against a 29-year-old hungry man that can hit, that’s fast and that wants it. So it is not a done deal.”