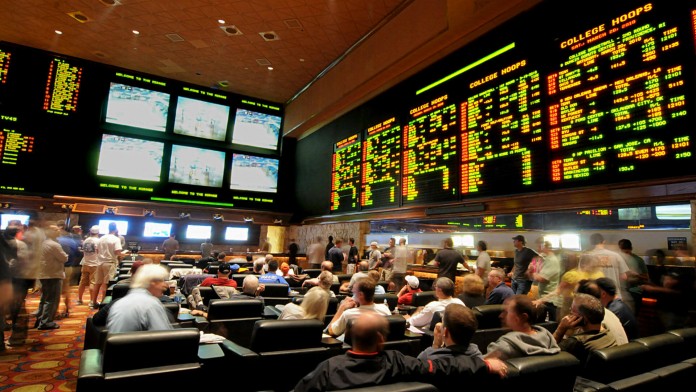 The futures market at your sportsbook involves either full season events, or events that are going to be occurring further in the future than just a week or so. Some examples are:

‘Who Will Win The Next Super Bowl?’
‘What Will be the Total Number of Season Wins for Denver Broncos?’
‘Who Will be the Next U.S. President?’

There are more bets on potential Super Bowl winners made every single year than probably every other future combined. The concept here is simple. The oddsmakers release a line on each of the teams, and you have to determine which of the teams you want to bet on. Don’t just think that just because there are 32 teams in the NFL that all of those teams are 32 to 1. Not a chance!

For Super Bowl 51, the Seattle Seahawks, New England Patriots, and Pittsburgh Steelers are the favorites, and you can find them all at prices of +800. On the flip side of things, teams like the Miami Dolphins, L.A. Rams, Jacksonville Jaguars, Tennessee Titans, and Tampa Bay Bucs are well over +5000.

The same teams year after year get more bets, and the oddsmakers know that. Be very careful when you’re backing the most popular teams in the league, including the Seattle Seahawks, Pittsburgh Steelers, and New England Patriots.

One other popular Super Bowl bet that is out there at the outset of every season at virtually every sportsbook is just a simple bet of the AFC team against the NFC team. The sportsbook will select odds for the game without knowing which teams end up representing both conferences.

Obviously, depending upon what the matchup turns out to be, you can get a fantastic price on the AFC team or the NFC team at a set price from significantly earlier in the year than you might when the actual line is released for the Super Bowl.

For example, if you bet on the AFC at the outset of the 2007 season when the Patriots went 18-0 before losing to the New York Giants in the Super Bowl, you could have had the AFC team at -3.5. Little did we know at that point that the Pats would run the table and make it to the big game, where they went off the board as 12.5-point favorites in Super Bowl XLII.

We could have listed just about any other sport here with their championship, and you inevitably would find odds. In baseball futures, you can dig into the World Series lines, hockey futures have the Stanley Cup odds, basketball futures love the March Madness lines and the NBA Finals odds, tennis bettors can bet on the winner of the major championships months in advance, as can golf bettors with those majors… heck, at some sportsbooks, as early as January, you can bet on who is going to win Nathan’s Hot Dog Eating Contest on July 4th!

The concept for all of these is exactly the same. You know that you have to pick the winner out of a field of teams or contestants, and if your team is the title winner, you win!

It’s not just the Super Bowl that you can bet on for your futures bets in the NFL. Though it’s clear that Super Bowl bets are the most popular, they’re not the only way that you can make money over the course of the season.

Season win totals are also a popular form of futures betting. The oddsmakers set an over/under for the total number of wins that they think a team is going to have over the course of a season.

This is easiest to see in the NFL. Teams can win between 0 and 16 regular season games, and the majority of teams win between six and 10 games. Most season win totals are lined between 5.5 and 10.5, though there are clearly outliers at both ends of the spectrum.

The oddsmakers basically hope that there are an equal number of bets on both sides of a particular game, and if that happens perfectly, they’ll take in a guaranteed percent profit. The “take” in futures bets is significantly more. In long term futures bets like Super Bowl betting, World Series betting, etc., there is at least a 10 percent “take.”

Don’t believe us? Just do the math! Just look at the five favorites on the Super Bowl odds as of the start of the season. If you take all five of those teams and bet a proportionate amount of money on all of them, you’ll actually end up just about breaking even if one of those five teams wins it all.

Now… what about the other 27 teams in the NFL? That’s the massive “take” that the sportsbooks have. In the case of the Super Bowl odds from the start of the season, the “take” runs at about 18 percent, and depending on the sportsbook, that number could actually be as high as 25 percent.

Just like on regular game lines, the oddsmakers are hoping that they proportionately make the same amount of money, no matter what team actually goes on to win the Super Bowl.

The Value Of Money

In standard economics, there is a concept called the “time value of money.” The basic definition of the time value of money suggests that there is a value to money for the time that you have it, even if that money isn’t truly growing. You might invest some money in a Certificate of Deposit (a CD) for six months at 1.1 percent, but that might not be a prudent investment considering the fact that you won’t be able to do anything else with that money during the time that it is locked up at the bank.

The same can be said about futures. Generally speaking, when you place a futures bet, you should be making sure that you are incredibly confident that it is a winner.

Take a standard $10,000 bankroll. Theoretically, a “unit” (or 1% of your account) would be $100. If you were to place 10 “units” worth of bets on futures, for the duration of the season, you would only have 90 percent of your bankroll to work with. Now, picture if you are trying to place futures bets on a ton of different sports and perhaps you only have 20 units left in your active bankroll. There is a chance that your bankroll could run out while your money is tied up in futures.

Of course, a losing bet with that initial $110 is as good as a losing $110 futures bet, so you have to take all of this into consideration when placing those wagers.

Getting A Steal Of A Deal

Comparing finances and gambling is, at times, seemingly one and the same, and we have another great financial comparison that we are going to make for futures betting.

Suze Orman is a world renowned financial expert, and she has her own television show on CNBC. She is a proponent of home ownership, but she realizes in these tough economic times that the prices of houses probably aren’t going anywhere any time in the near future.

That being said, her catch phrase is that you should be getting a “steal of a deal” if you’re buying real estate at this point, knowing that if you don’t, somewhere down the line, you’ll be able to make that same deal later.

Now back to sports. We know that the second Super Bowl odds come out, you’ll want to start betting on your team. And, at times, that might be a prudent move. After all, if you bet on the Philadelphia Eagles before they traded for DB Dominique Rodgers-Cromartie and signed DB Nnamdi Asomugha along with some other high profile free agents, you could have gotten them at around +2000. Of course, based upon the +700 on average that they are two weeks into the regular season, you got a steal of a deal.

If you were to place that bet two months before, that’s two extra months that you’re giving the sportsbook your money for that you could be using to increase your bankroll. So, make sure if you’re going to bet futures early that you are getting a Suze Orman “steal of a deal,” or perhaps the best policy is to lay off until the line that you are looking forward to betting is on the verge of closing.

This is a particularly popular betting option for the NFL and college football, though we also see a similar thing happening in UFC and boxing matches. For fighting, usually as soon as a big fight is announced, a betting line pops up on it. There are UFC and boxing odds posted for fights that are months away already on the board at certain online sportsbooks. What we know about boxing and UFC, though, is that once those fighting lines are listed, there shouldn’t be many variables that can change your opinion, as neither fighter should be involved in a fight first.

However, when you see future game lines come up for college football or the NFL, you know that there are plenty of things that can change. For example, let’s say this weekend, the Florida State Seminoles and the Oklahoma Sooners are playing one another at Doak Campbell Stadium. Over a month before the season started, you probably could have bet on Florida State at +2. That line closed right at the start of the season, and it reopened when the rest of the spreads came open for Week 3 of the season. Oklahoma is now a 3.5 point favorite.

This isn’t even that extreme of an example, as it is only a few weeks into the year. Imagine if you were betting on the Florida/Florida State game way down the line in November! You can bet on games that play quite some time out, some 11 or 12 games into the campaign as well, and in that case, not only do you have to predict the betting line for the game, but you also have to dodge any potential injuries that could skew a team during the season.

Just as we talked about before, both in the “Steal of a Deal” segment and the segment discussing the time value of money, you have to be sure that you are ready to invest your money for that long period of time and that you are truly getting that good of a price before you go ahead and pull the trigger on your bet.

Futures are always fun ways to make some money, and they give bettors interest over an entire season, or at least over a long period of time to root for a particular outcome. However, as we have seen, there are just a plethora of options and a lot of potential snags that you have to be aware of along the way that can trip you up. Follow our betting tips,  though, and you’ll be well on your way towards toppling those sportsbooks and beating them up on their futures lines for your favorite sport! 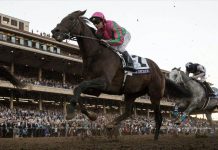 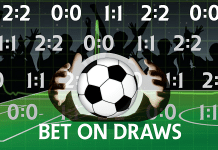 How to Predict Draws in Soccer 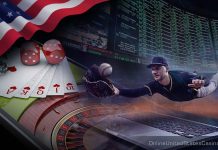 US Sportsbooks with the Best Online Casinos