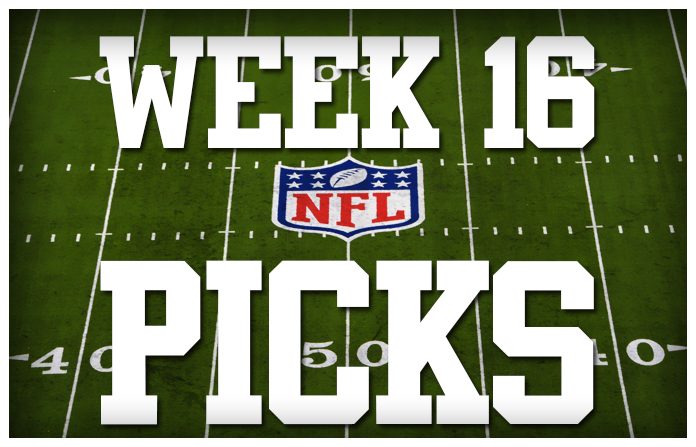 A backdoor cover cost us a sure victory last week, rendering me winless for the first time since Week 6. Carolina had no business covering the spread against Seattle, trailing 30-10 in the final five minutes. However, the Panthers scored two touchdowns in quick succession to close the gap to 30-24 and earned a push from there as a six-point underdog.

Oakland left the back door open and ended up losing its last game in the Oakland Coliseum as a result. The Raiders led Jacksonville 16-3 at halftime and seemed set to secure the sixth straight double-digit win against the Jaguars. However, they fell apart in the second half and failed to score a point despite having three drives of 40 or more yards. Jacksonville stormed back and won, snapping a long losing skid.

There are no complaints about the last game though as Houston was simply the better team against Tennessee last weekend. That loss has the Titans’ playoff hopes on thin ice entering their last two games.

Home teams have been abysmal this season, so let’s keep that in mind entering the final two weeks of the regular season. Road teams are covering in more than 56 percent of those games, and my preference to take home teams has backfired often.

The Raiders are the road team in name only against the Chargers this week. This crowd will be largely rooting for Oakland as the Raiders play their final game in California while they still call the Golden State home. Oakland will have a boisterous home crowd advantage, and that will spur this team to an outright victory.

Oakland does have some major concerns along the offensive line though. Star offensive tackle Trent Brown is lost for the year, and three other starting offensive linemen are banged up for the Raiders. Rookie of the Year favorite Josh Jacobs is out due to a shoulder issue, and No. 2 wide receiver Hunter Renfrow is questionable, but the Chargers aren’t good enough to be a seven-point favorite at home to anyone in this stadium.

Philip Rivers has thrown the second-most interceptions in the NFL with 18 picks, and the Chargers have been somewhat ineffective running the ball. It’s hard to trust this office, so getting seven points in this situation is an early Christmas gift.

The Saints don’t have Sheldon Rankins or Marcus Davenport, but this defense is good enough to win in January. New Orleans has shown that its offense will travel with road wins in hostile conditions against Seattle and Chicago, and they know what’s at stake here. The Saints should get a first-round bye if they win their last two games, which is something every division champion wants for the holidays.

Drew Brees is fresh off his best performance of the season, and the Titans’ defense doesn’t have a cornerback that can stop Michael Thomas. Tennessee is playing well, but the buck stops here for the Titans.

Injuries have devastated both teams in the skill positions, but Tampa Bay and Houston could both easily score 30 points or more on Saturday afternoon. Deshaun Watson and Jameis Winston are two of the most exciting young quarterbacks in the NFL, and they can make plays happen good or bad.

Winston is the streakiest quarterback in the league. He leads the NFL in passing yards and is second in touchdown passes, but he also leads the way in interceptions by a significant margin. The former No. 1 creates chances as often as he helps the opposing team, and his presence should ensure this one finishes over the final total.